A tiny shift in the North Pacific High makes a big change in the winds.

Blog.WeatherFlow.com > California & Baja > A tiny shift in the North Pacific High makes a big change in the winds.

The California coast has seen several days of relatively mild winds as the North Pacific High has held a ridge towards the Pacific Northwest.

This tends to angle the NPH away from the coast, make the ocean winds NNW and favors eddy formation in Southern California.

Tomorrow, Thursday May 19 an inbound upper trough bumps the NPH a bit closer to the California coast and as you can see in the following animations this makes a big difference in the strength of the coast wind.

Unfortunately I am seeing signs that the wind quality may be less than stellar in terms of gusts and direction especially for Coyote and 3rd. Ave. 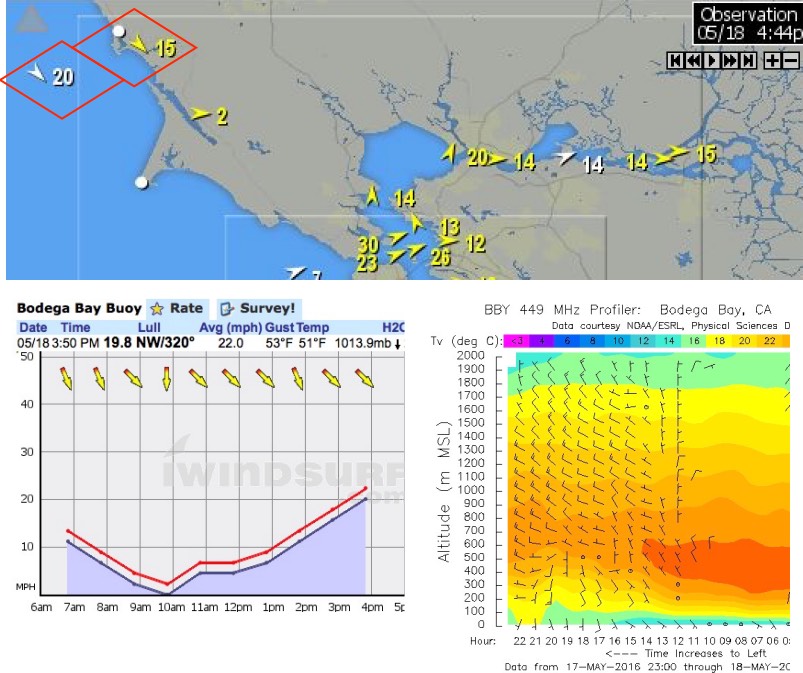 Looking at the imagery below you can see that today at 4:30PM the Bodega ocean buoy, about 12 miles west of Bodega just picked up the leading edge of the inbound NW wind you see in the animation above.

Also note that the the Bodega 449Mhz profiler picked up the leading edge of the NW winds aloft at 2000 feet several hours earlier.

These winds should reach near the Bay Area coast by tomorrow morning.