The beaches are gradually opening in California this Memorial Day weekend and just in time.  We will need to find places to cool down as the forecast models are showing a quick build of an upper-level ridge over the West Coast.  And it won’t be going anywhere too soon.  The upper-level forecast for Monday (below) shows that the ridge will be locked in place with Low-pressure systems, over the Pacific and New Mexico, sandwiching it in place. 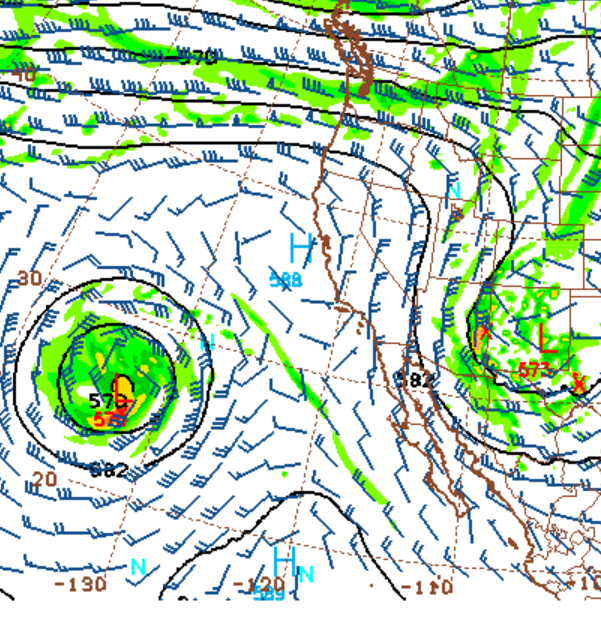 The result will be that the deserts quickly heat into the 100s but also the local valleys will heat too.

When the California deserts heat a trough of Low pressure develops in the center of the state.  This is the typical pattern that sets the stage for strong winds along our coasts.  With the cool Pacific ocean to our west we see the North Pacific High take up residence nearby, bringing solid pressure gradients along our coastline to fuel our typically NW ocean winds.

You can see though, in the modeled pressure for this weekend (above), that the trough extends well beyond the coastline, which pushes the strongest pressure gradients (blue shading) to the north and away from the coast, resulting in the strongest winds also being pushed to the north (map below). 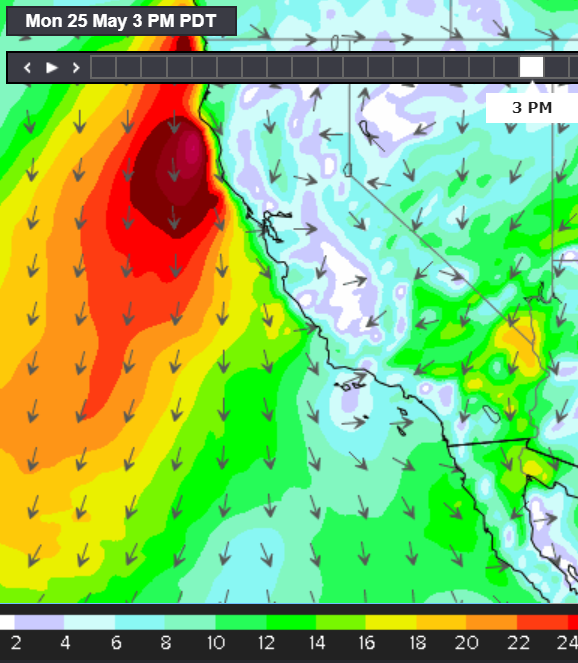 We expect to see this at times, in the heat of the summer, but we have already seen this pattern a few times this spring, which is unusual.  It appears that the likely culprit for this shift is that the Sea Surface Temperatures are atypical.  The Sea Surface Anomaly map (below) shows that the nearshore waters are on average about 5 degrees F warmer than usual.  This will weaken pressures along the coast and allow Low pressure to fill in. 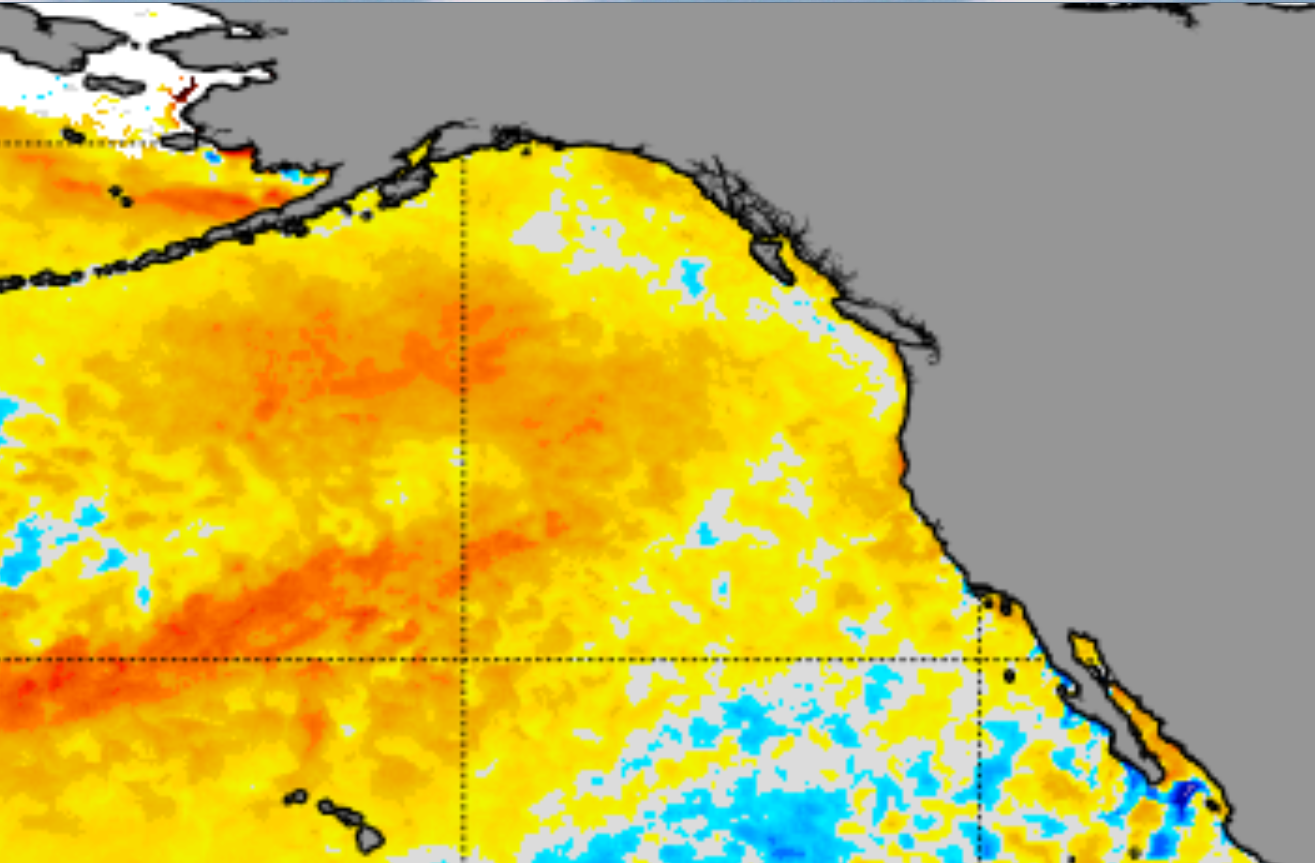 The other consequence of warmer waters is that it becomes more difficult for marine clouds to form.   While that might be great if you want to sunbathe, we need these clouds to provide the coastal cooling.  You will notice that we discuss the extent and duration of these clouds in our forecasts.  Without them the coast warms and we lack the strong thermal gradients needed to fuel our sea breezes.