Caps On – Caps Off

Blog.WeatherFlow.com > California & Baja > Caps On – Caps Off
By Kerry Anderson

A large dome of High pressure has covered California this week.  The descending air creates a cap on the atmosphere, keeping cooler boundary layer air from escaping.  Along the coast the descending warmer air squashes the marine airmass.  This limits the height of any marine layer fog and stratus that may form but also means that any fog that does form can be very dense.  The profiler reading from Fort Ord demonstrates just how strong a cap formed this week.  On Thursday the marine layer only reached up about 300 meters with much warmer air layered over the top. 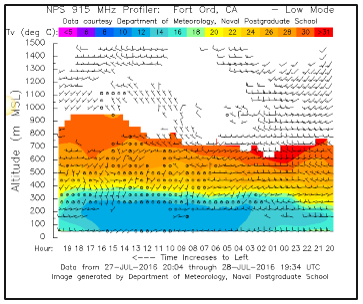 With two major fires burning this week the air quality has been affected even for areas miles away from the fire. 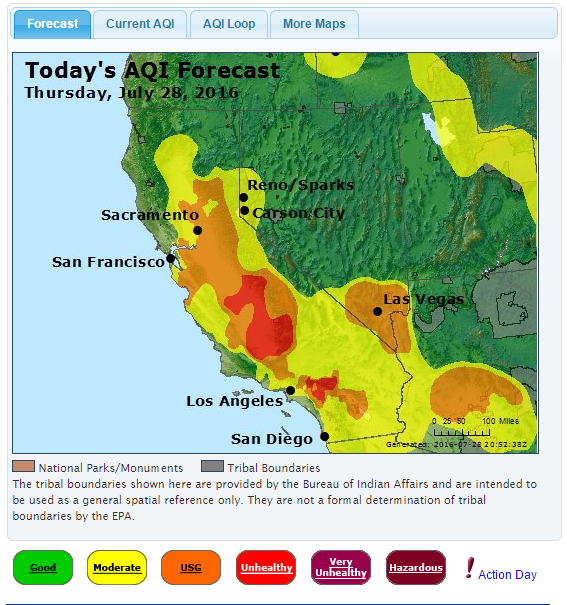 On Saturday the Sand fire near Santa Clarita was injecting smoke into the atmosphere which was pushed offshore for awhile.  The visible satellite loop from Saturday shows the smoke billowing upwards and then being carried to the Southwest due to an eddy that had formed.

The haze from the particulates is clearly visible in our skies especially at sunset.  This was my view on Saturday night looking toward Santa Clarita. 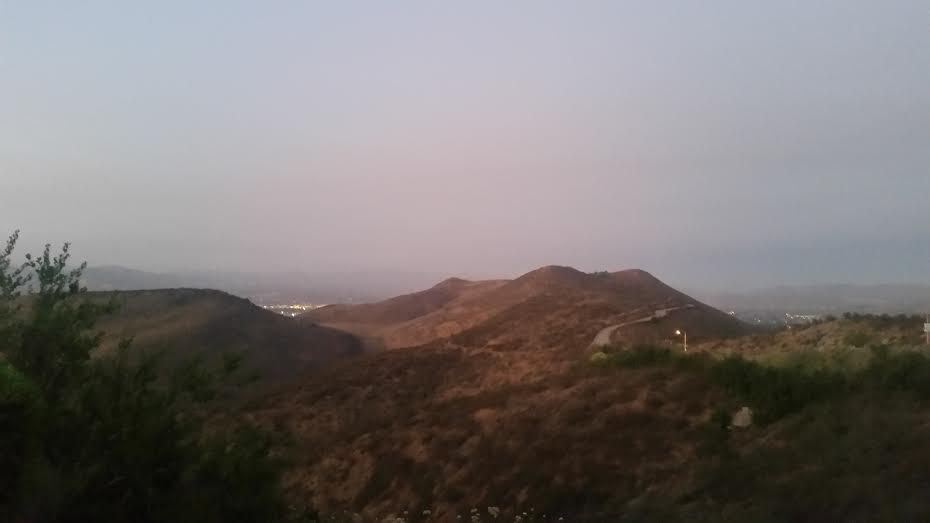 The strength of the High pressure relaxes late this weekend as a trough develops off the NW California coastline and will allow the cap to rise.  This should allow the boundary layer to increase and for the air to mix through a greater depth easing the concentration of pollutants.  However don’t look for the cap to come off for awhile.  We don’t see any systems that are strong enough to mix the air enough to break the cap.