Yesterday the models were forecasting some low teens Southerly winds for the San Diego area.  I have been around long enough to know that due to the alignment of the mountains to the east of the city, and the funneling effect that they have when the winds turn south that I needed to up the forecast strength.  While I was right, I turned out to be way off as you can see below.  Siler Strand saw a period of winds that gusted to around 40 knots. 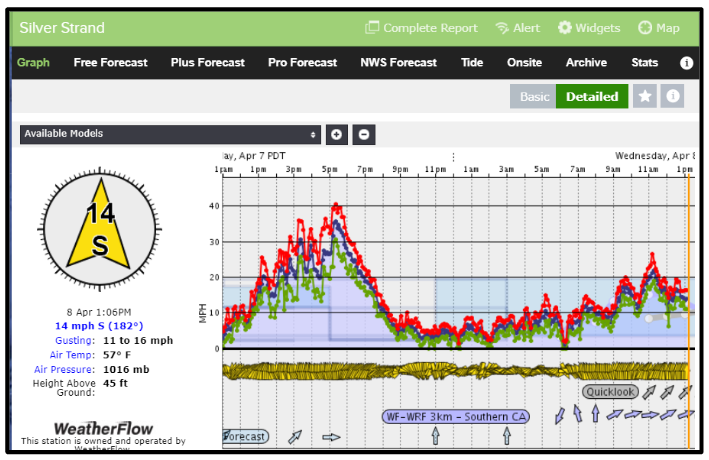 The reason we are seeing this strong southerly flow is due to a closed upper-level Low that has dropped over Southern California.  The reason we call it a “closed” Low is because as you can see on the 250mb map below, the iso-height lines around the Low are close up around the center.  This is an indication that the Low is cut off from the main circulation, like an eddy in a stream.  When that happens the Jet Stream winds aren’t able to kick the Low through and it can sit over an area for an extended time, cycling disturbances around the Low and back over the area.  Consequently, we are in a for a period of showery weather for Southern California and periods of strong Southerly winds for San Diego. 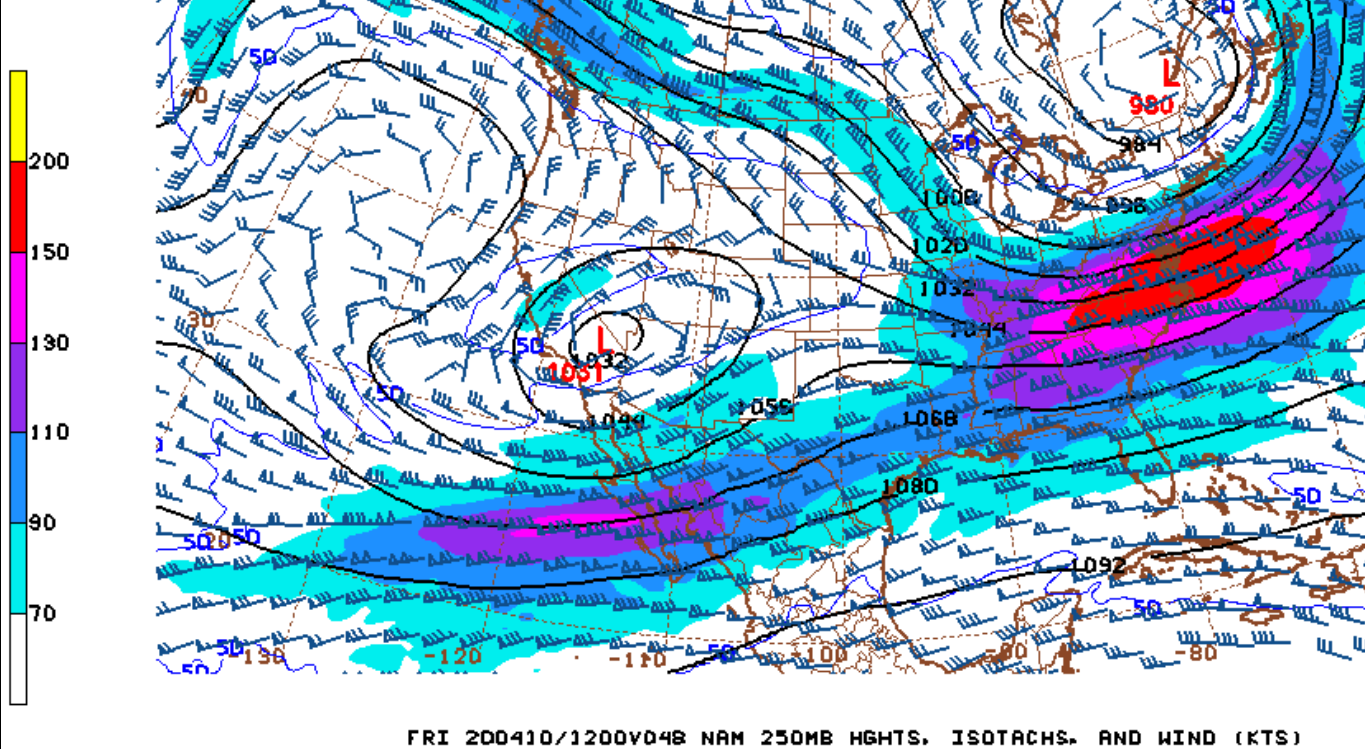 Many times when we have an upper-level Low we actually don’t see a strong surface Low but we as disturbances rotate around the system we see a surface circulation that will develop and strengthen.  The large scale models aren’t very good at finding them but the small grid Wf-Wrf has been doing a great job.  The model picks up on a circulation center forming west of the Channel Island by late morning. 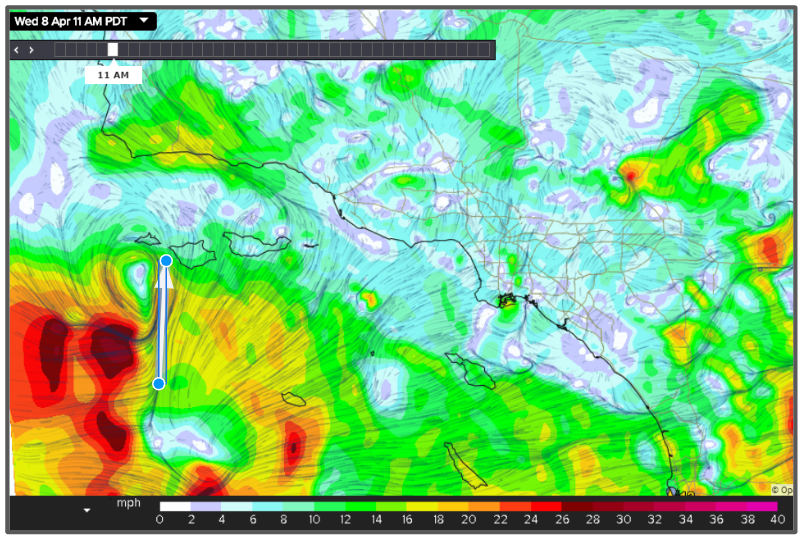 And as that circulation cycles around the Low, the surface flow strengthens and constricts as it moves toward Long Beach bringing another period of strong Southerly winds for San Diego. 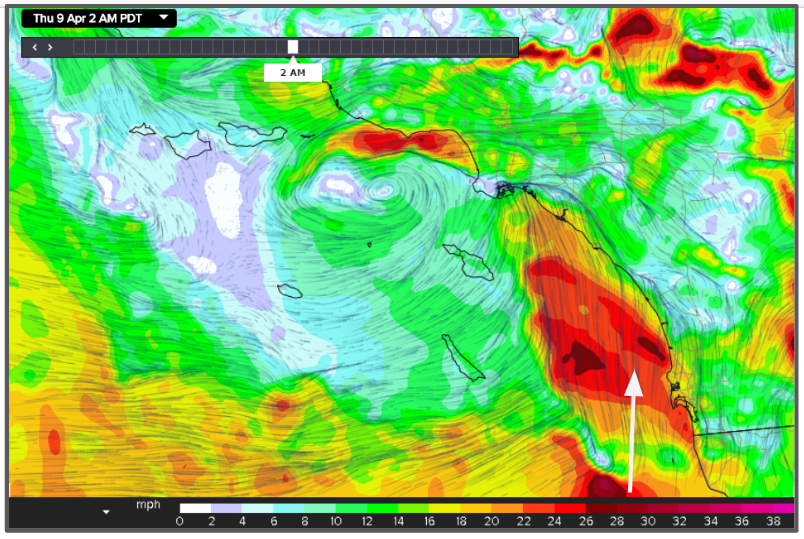