Where does the North Pacific High go when the NW winds fade?

Strong NW winds are a frequent visitor
to the Northern California coast in the spring and early summer. These winds appear when the North Pacific High locates closer to the California coast. Typically this happens after the passage of a storm system. Then after several days the NW begin to fade away. Often as this happens the NW winds turn more NNW especially in the AM and the afternoon winds become weaker, later and more focused near the coast. Then the winds really fade away for days or even a weak or more. 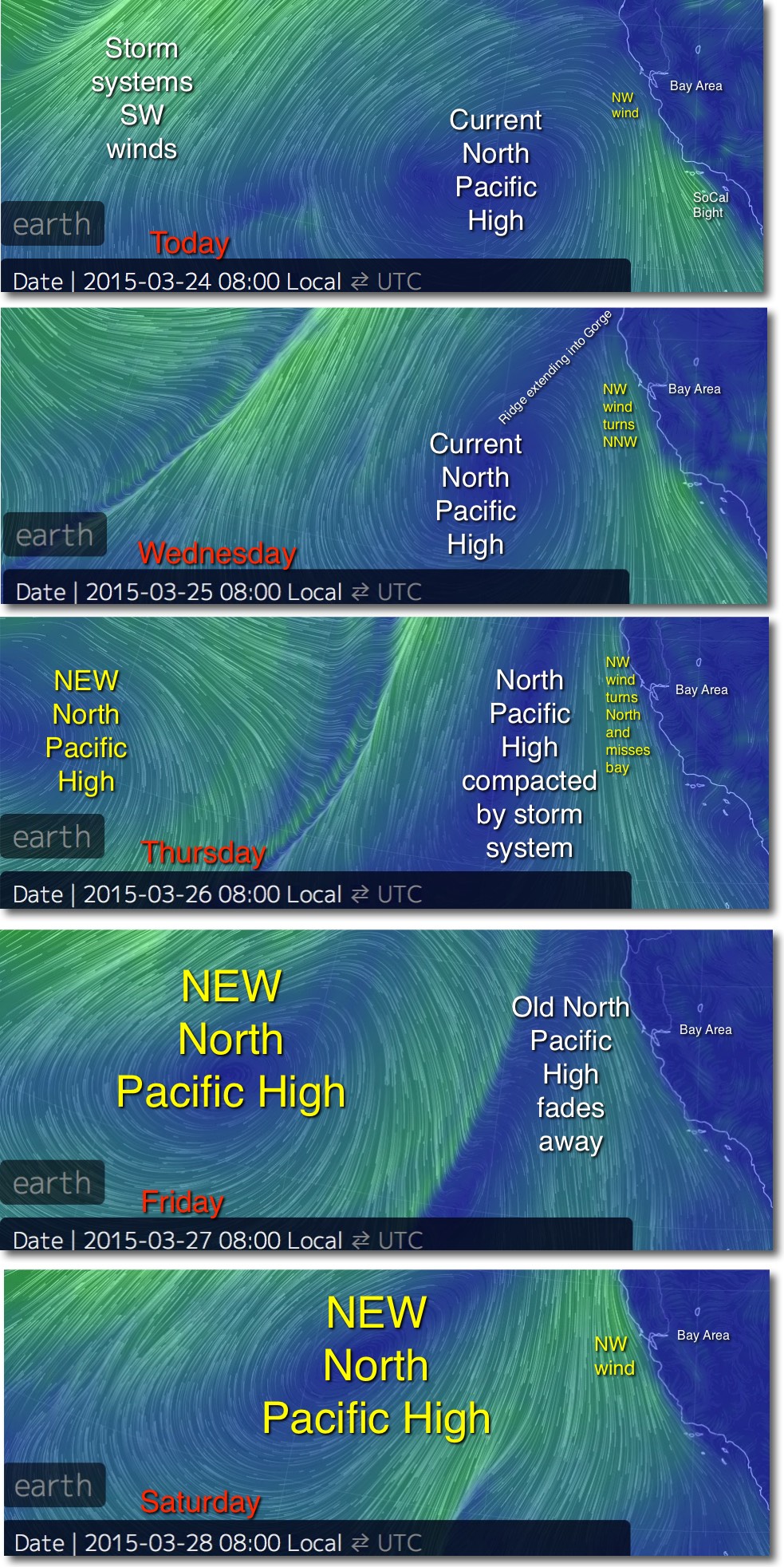 However as you can see in this series of images there is another, less common, scenario. In the Today image you can see the location of the current NPH and the moderate NW winds along the coast. Also notice the SW winds of a distant storm system .

In the Wednesday image notice the NPH is still west of the Bay Area. But you can see that the storm system and its SW winds are encroaching into the North Pacific High’s home waters. As part of this process the NPH begins to extend a ridge into far Northern California towards the Gorge. This in turns causes the AM wind in the Bay Area to turn more NNW. This makes it harder for the wind to curve into the Bay in the afternoon so the winds are weaker and later.

In the Thursday image notice that the NPH is being crushed against the coast. And the ridge extends all the way to the Gorge so we can expect sunny skies and warmer temps there. This also means the winds in the Bay Area are N. to even NNE. This brings warming but weak winds since the coast range north of the Bay blocks this wind. But looking north of Hawaii we can see that  even as the old NPH dies a NEW North Pacific High has formed. Note its NW winds and how they curve towards Hawaii as NE trade winds.

In the Friday  imge notice that the dying NPH brings light NW wind to the Bay.

But the big news is the Saturday image which depicts a strong NEW North Pacific High that causes the winds to really ramp up.

Of course all of this is from models and that many days in the future things get pretty iffy. But it does make a good story.