DON’T STOP!!! It feels soooo good! The demise of the North Pacific High.

How can endless NW winds…end? 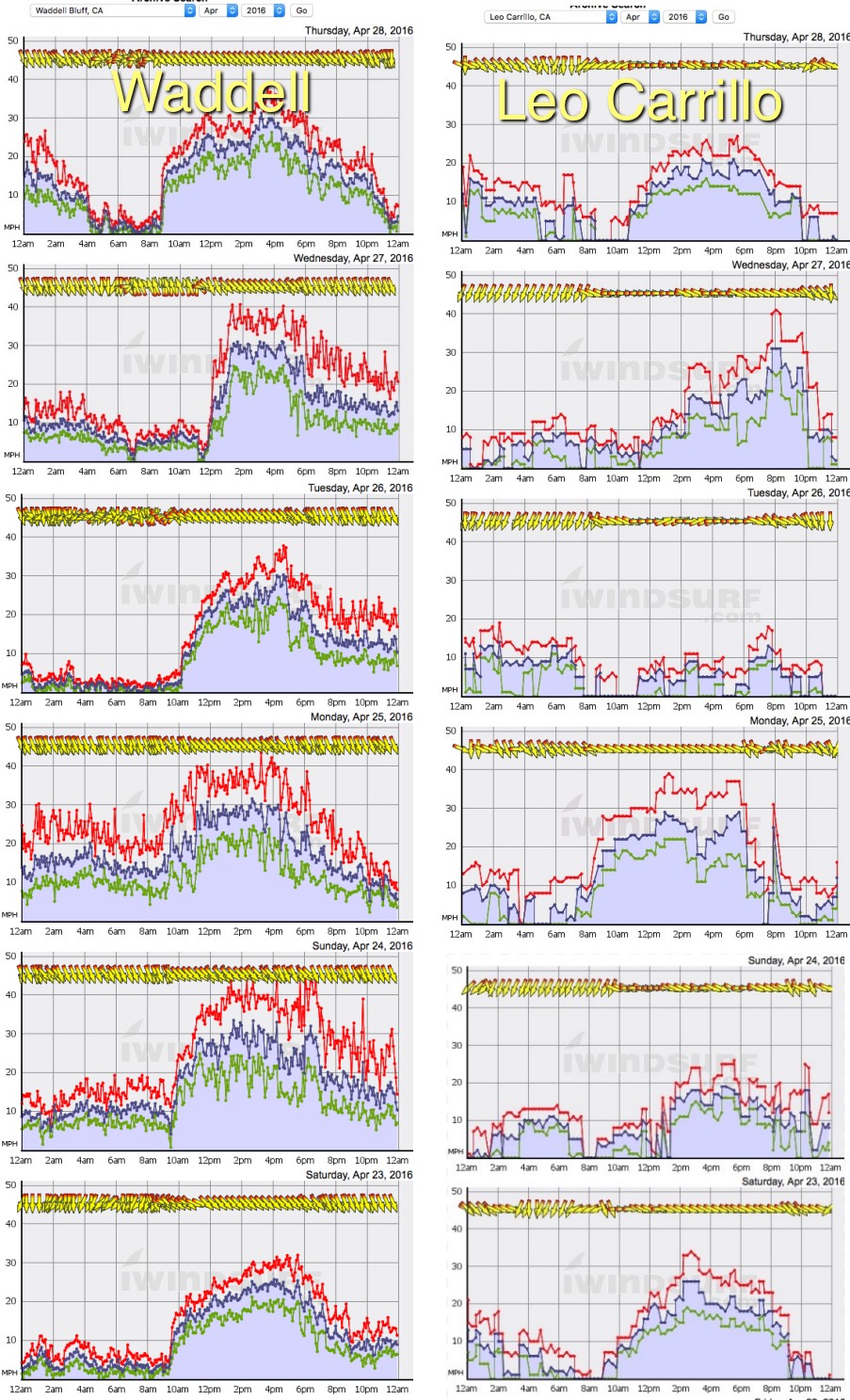 You know the feeling. Your muscles ache from day after day on the water. Your blistered hands say “no more”. Yet you pray to the wind gods “DON’T STOP”

It seems that for endless days the North Pacific High’s surface NW winds have roared down the California coast and Baja Norte coasts.

Just take a look at this graphic and note all the recent days that Waddell just south of the Bay Area and Leo in Southern California had wind over 20 knots.

All this wind is largely due to NPH setting up a pressure gradient that has brought episodes of strong wind to the Gorge and Southern California’s Lake Isabella. Rarely have we seen so many strong days in a row.

Here are some typical forum posts and e-mails: 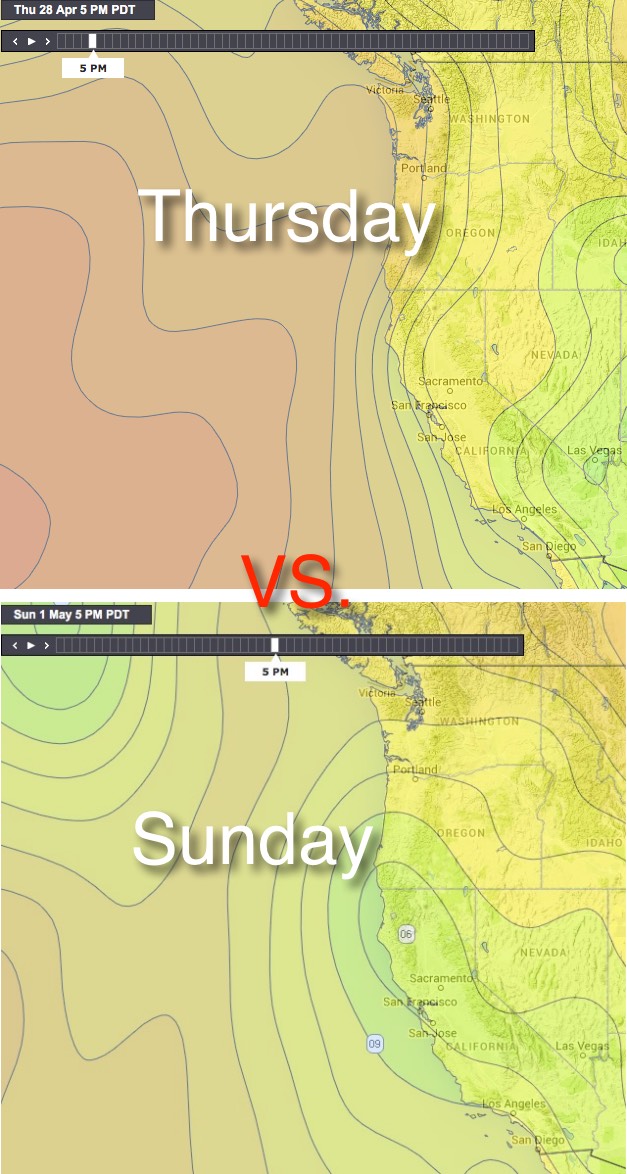 Subs-rude: Hasn’t been this much wind I think since 1995 when I almost missed an entire semester of college!

Afriend: It was a real challenge to go downwind in the strong current.  Then when I got to Rufus the swells were huge and smooth.  Several times I got an a large swell riding downwind, upcurrent.  The sail had no apparent wind and I was just surfing down the face in the wind shadow of the big smoothie.

So why does the endless NW winds…end?

Looking at the next graphic check out the isobars. Isobars are useful forecast tools once you understand how use them. The lines represent locales where the  pressure will be the same.

Looking at the top image for Thursday April 28 notice all the roughly parallel isobar lines. The closer these lines are to each other the more greater the pressure gradient in that area.

In this case these isobars are from the North Pacific High far to the west. Notice that the isobars are especially tight over the Gorge, along the Northern and Central California coast, the Southern California coast and down into Baja Norte. This means that Thursday saw strong wind at many sites in all those venues.

Now look at the image for this Sunday May 1. Huge difference huh? To the upper left you can see the isobars around the counter-clockwise spinning low pressure which has helped distort the North Pacific High and moved it away from the coast. This means weaker NW wind along the coast.

In the same image notice how low pressure in the California Central Valley has expand over the coast and up into the Gorge. This low pressure spoils the pressure gradient so the winds fades even inside the Bay and Gorge.

The next image is an animation of what happens to the NPH from Friday to Monday. Note how the winds turn an unfavorable NNW on the California coast Sunday which makes it very difficult for the wind to curve into the beach. At the same time this NNW flow heats up the Bay Area and the Central Valley thermal low expands over the coast so the pressure gradient fades away. The very last image in the animation is for Monday. It shows that the present NPH has faded away and the NW is absent.

Note that far to the west a new NPH  has formed but it will not help the west coast for a while.

The next factoid is subtle. Remember that low pressure from the Central Valley that extended over the Bay Area Sunday? Look back at that image above and note that it is mostly north of the Bay Area. Now go back to the animation and looking carefully you can see southerly flow along the Bay Area coast. Can you see the hint of a marine surge?