This morning the satellite got a great shot of a small eddy that formed just south of Santa Cruz island. With the seasonal marine clouds that have covered the Bight this morning it is easy to see the wind flow in the clouds.  Watch the “cinnamon roll” shaped cloud band spiraling just south of Santa Cruz in the animations below.  This small feature spun up after sunrise this morning and still shows signs of circulation as of early this afternoon.

With surface heating and mixing the clouds have cleared from the valleys and across the ocean so we can’t see this feature anymore from the satellite but the latest observations from the Channel Island still show its signature. 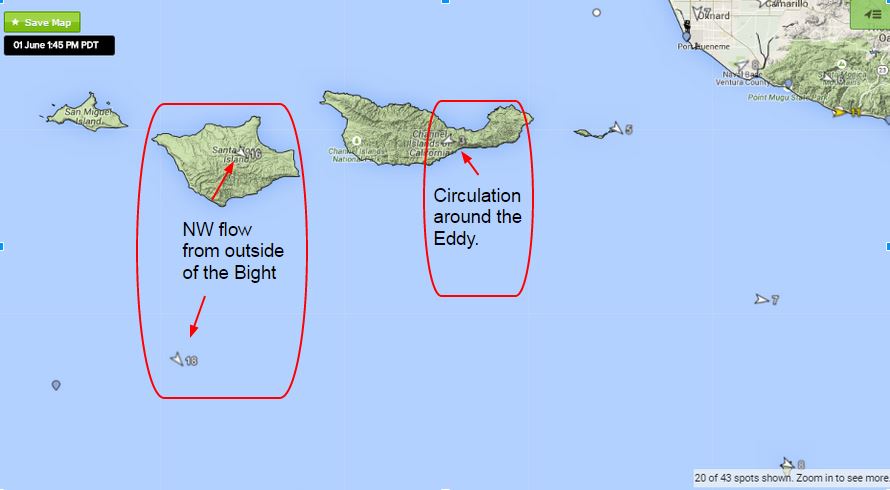