(sorry in advance for strange layout of text captions)

First Visible Image of the Day 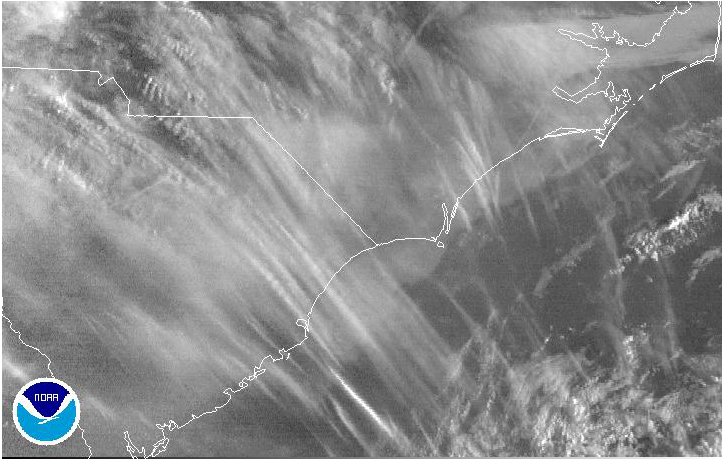 Synoptic Setup for the day 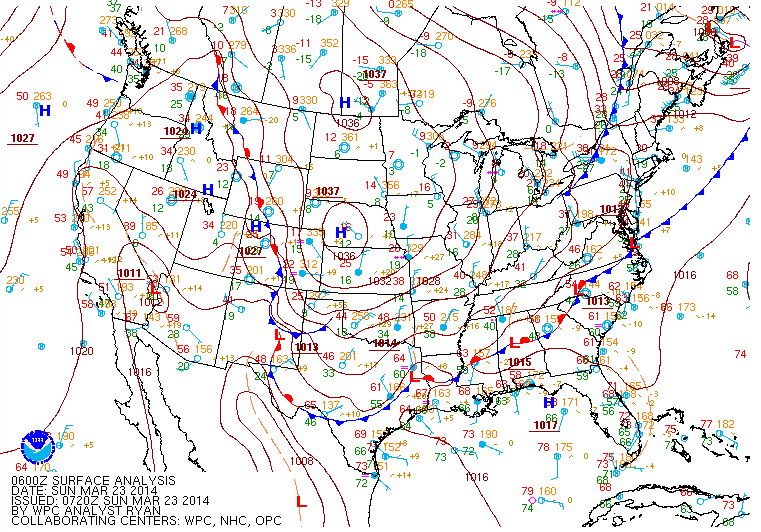 Models on track with Observations 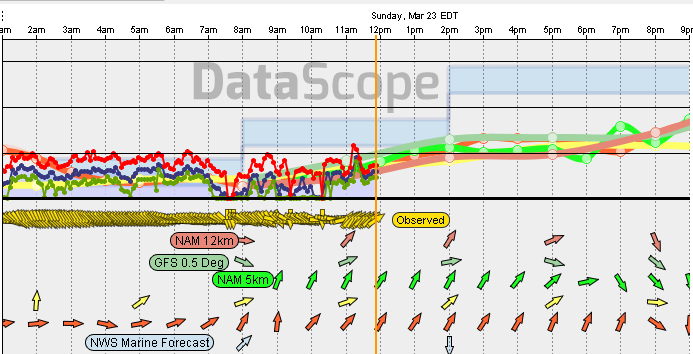 Models do a pretty good job with the wind field and the NWS was all over the potential for a widespread fog event in the Saturday pm discussion.  With very light winds showing at 5AM and multiple observations confirming I took it as a given that Fog was fairly widespread while still in the dark. 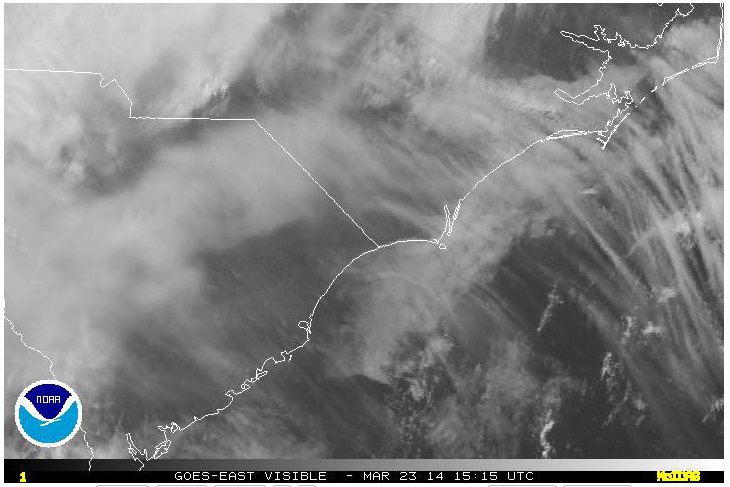 Fog has burned off over land by lunch time and westerly flow has advected much of the Sea fog into the open Atlantic.  Early morning would have revealed a near continuous fog bank from land to sea (seen in the 1st image)

-Dewpoints in the 50s to low 60s overnight were easily met by moderate cooling inland overnight.

-At the same time light 850mb W/SW winds allow solid Sea Fog to develop over coastal locales.
-Inland surface fog burned off once the Sun rose and good compressional heating from zonal downslope flow began.
How the Winds were effected for the day

-We know that fog and particularly Sea fog will decouple the atmosphere and not allow stronger warm winds aloft reach the Surface.

-Dry air with Dewpoints less than surface water temp not favored for fog development
-Wind directions that allow for longest residence time of air over Cold shelf and coastal waters are most efficient fog producers
–However in this scenario we saw light offshore/sideshore flow overnight which still produced widespread fog and allowed Sea Fog to settle nearshore early on before advecting offshore.
This was a interesting scenario because:
-Two separate but continuous fog banks early in the day.
-Also, serves as a early season reminder of how that cool coastal water can kill warm moist flow at the surface.
Moral of the story:
–Keep an eye on dewpoints and wind direction during Warm Air Advection as these greatly determine strength of winds at the surface.
March 25, 2014in Southeast & GulfBy WeatherFlow ForecasterMore from WeatherFlow Forecaster