This year has certainly shown a very active hurricane season, and it is not over officially until November 30th. We are currently in the Greek alphabet on Hurricane Delta, which has exploded in strength over the last 36 hours. As of 8AM Monday morning (10/5/20), winds were only at 40 mph. By 12PM today (10/6/20), winds were at 130 mph (CAT 4). This means that wind speeds increased 90 mph in a 28hr period, which is rare to say the least. The criteria for RI is 35 mph in a 24 hr period, so this far exceeds the limit.

Here is a small .gif from NWS New Orleans showing a 4 panel of the storm around 12PM ET today:

And now at the 8PM ET NHC update, winds are at 145 mph (still a CAT 4 but close to a CAT 5) and have planed out. There is evidence that it will not likely strengthen anymore or very little as it appraoches the Yucatan peninsula. As it passes over, it will weaken a bit from land and mountains casting their terrain effects.  Beyond that, gradual and slow weakening is favored, but still possibly making landfall as a major hurricane. 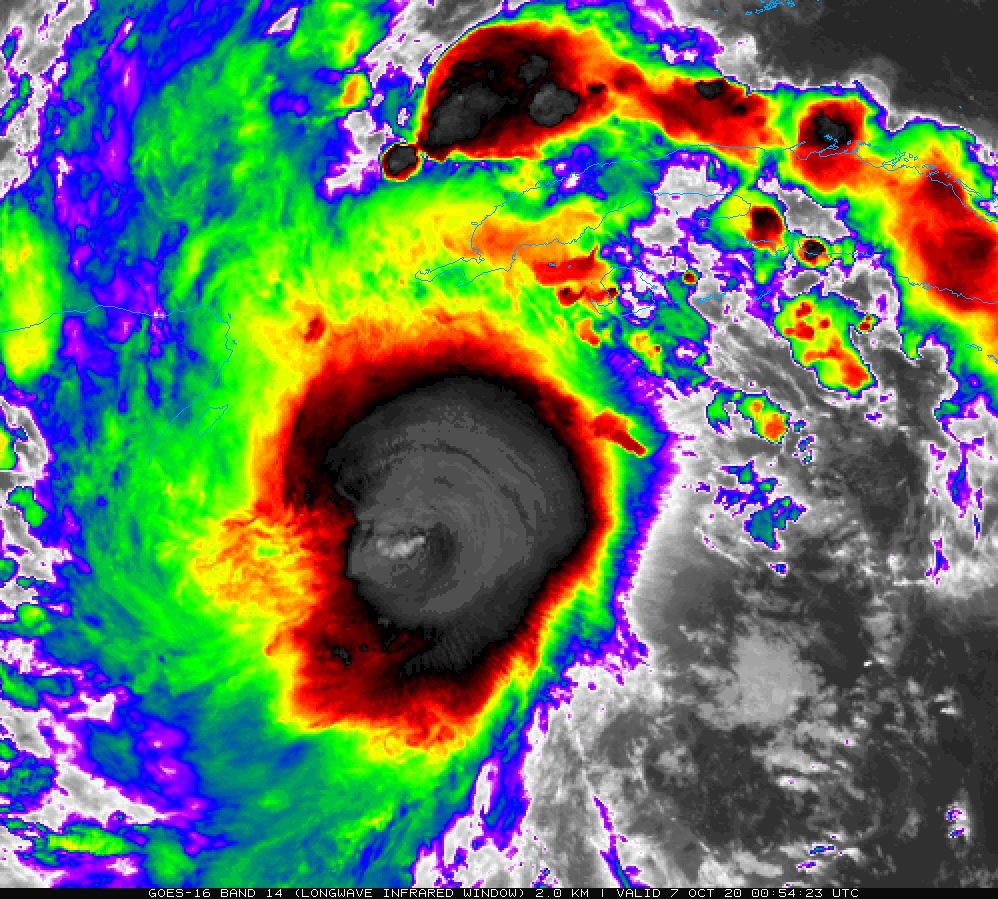 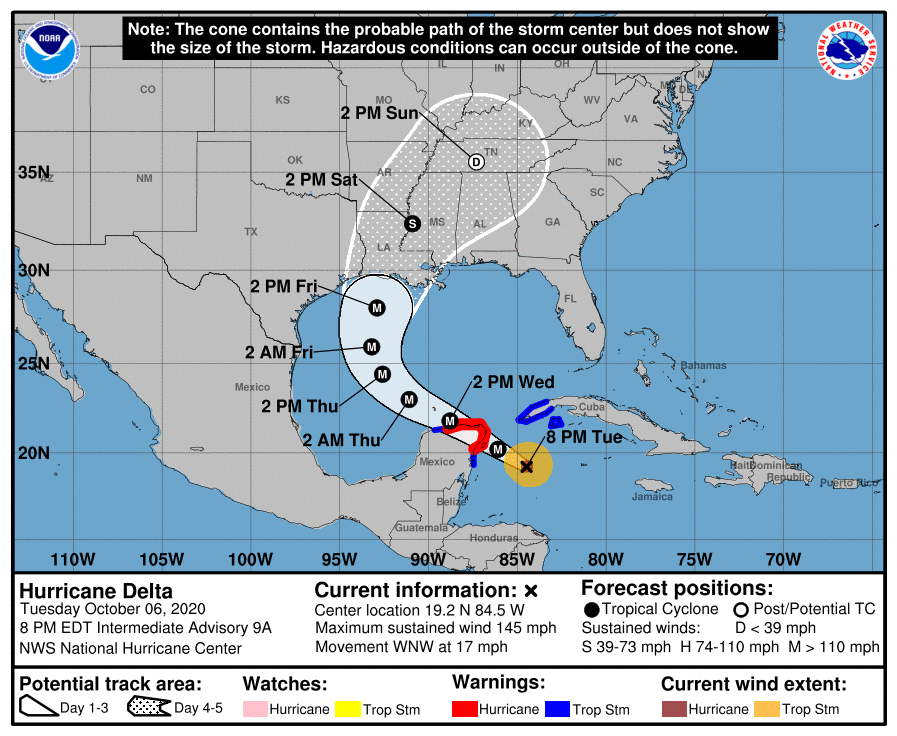 So the question comes up: Why did this storm strengthen so rapidly?

The answer lies within a combination of low upper shear and very warm sea surface temperatures as two of the main contributors. These two factors allowed for the mid level low and surface low to align… and High pressure aloft was able to develop for exhaust as a result of rapidly rising air. Once we have these in place, strengthening occurs. When we look at sea surface temperatures, we do not just look at the surface (where temps are between 84-87°F), we also look at the depth of warm water, which was recorded at 26°C (78.8°) at depths as low as 150m.  This is measured in what is called TCHP, or tropical cyclone heat potential. The magic number we general look for is ~90kj cm2 or greater, but here you see +120kj cm2 in the area where RI has occurred, which makes sense as deep, rich fuel as readily available for this system. In other words, very warm waters both at the surface and very deep.

We are seeing some signs that the system will weaken on its approach once heading north. But we also believe that as it weakens, it will expand and the effects of a very powerful hurricane will expand with it, ultimately affecting a wider swath of GoMex coastline.

We hope that everyone is prepared and have their hurricane plans ready to execute. Those in the Yucatan are out of time, but the Gulf coast still has a couple of days. Use that time wisely!