It has been a busy morning keeping up with forecasting the winds for San Diego.  That is not typically a statement that we would make here at Weatherflow.  Usually San Diego is known for mild winds and we spend our time determining whether winds will peak sub teens or faint low teens.  Well not today.  Take a look at the graphic from Mission Bay this morning.  Winds peaked up 30 miles per hour and then quickly diminished to the low single digits. 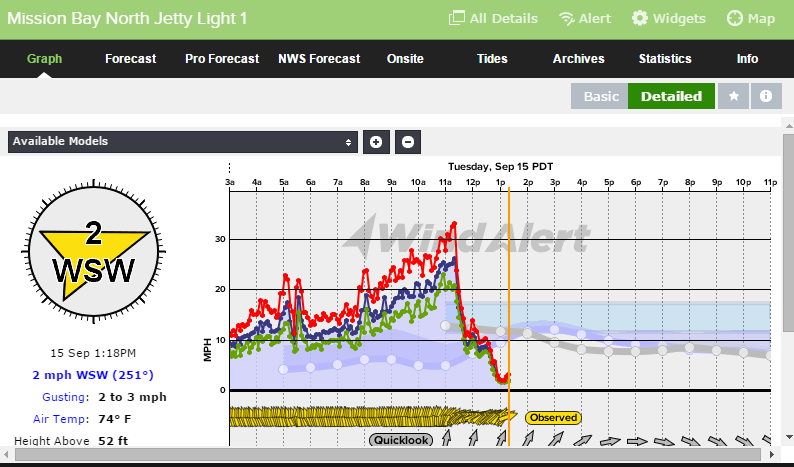 So what caused this dramatic swing in the winds.  To get the whole answer we need to look at the layer of air at 250 mb which is at about 34,000 feet.  The chart below shows a trough that had developed off the coastline.  We also saw a jet streak over the area.  As jet streaks moves through an area and as a trough moves in the air in this layer lifts upward.  Just like when a lid is lifted off a pot of boiling water if the top layer lifts the air below also can rise. 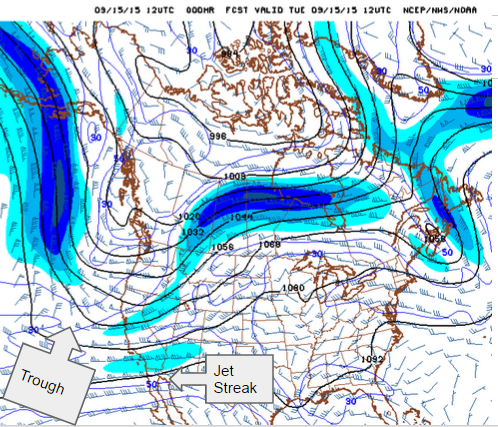 Southern California and the surrounding area has been under the influence of the remnants of the former Hurricane Linda which has left a moist airmass over us.  As the air has lifted an area of showers and rain have developed.  Last night my rain gauge record about 3/4 of inch which in this drought was very welcomed. 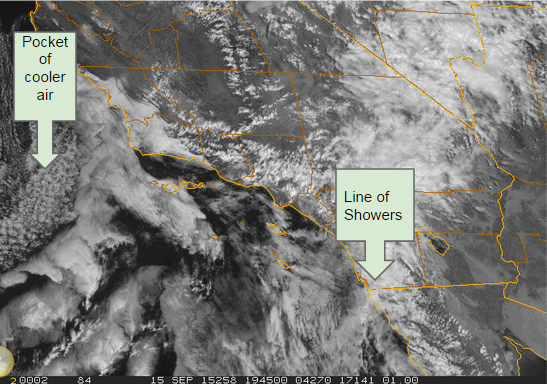 A line of convection formed this morning west of San Diego and very slowly moved to the east.   The new HRRR model which produces a high resolution forecast ever hour was able to pin point this area and alert us to the increasing winds.  At noon here was the map showing the small area of strong winds coming into San Diego.

At 1pm the line had passed through Mission Bay but Silver Strand and Imperial Beach were still under the influence of the strong winds as can be seen in the following graphic. 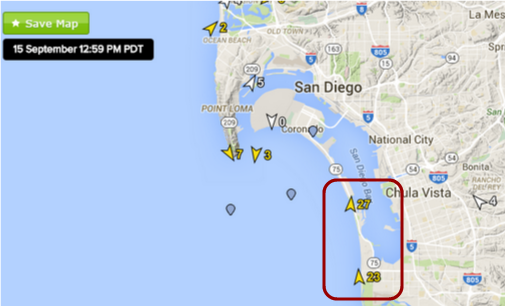 Once the line passed we were back to business as usual hoping to coax the winds up to the low teens.