Have you ever driven near one of the Great Lakes on a sunny day but all of a sudden, you are immersed in white-out conditions, heavy snow is falling, and the car that was once visible in front of you has become almost invisible? You may have driven into a snow squall where lake effect snow is prominent near large bodies of water during the late fall to early spring months. Lake effect snow is known to contribute to 10-50% of the winter’s precipitation over the Great Lakes (Shi and Xue, 2019) (Figure 1). 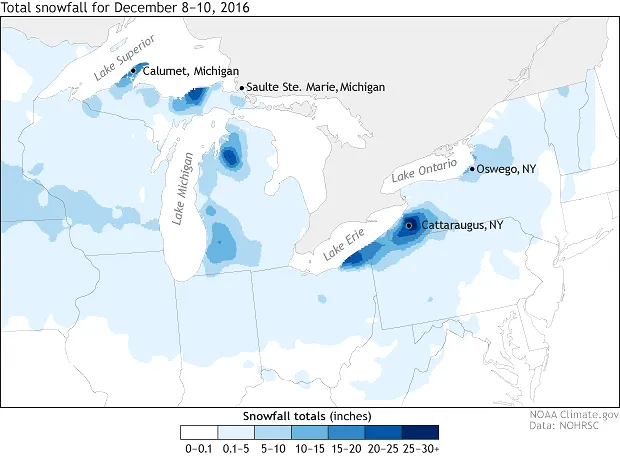 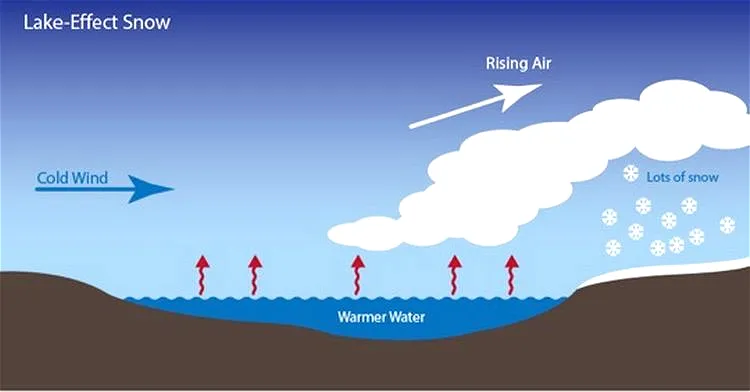 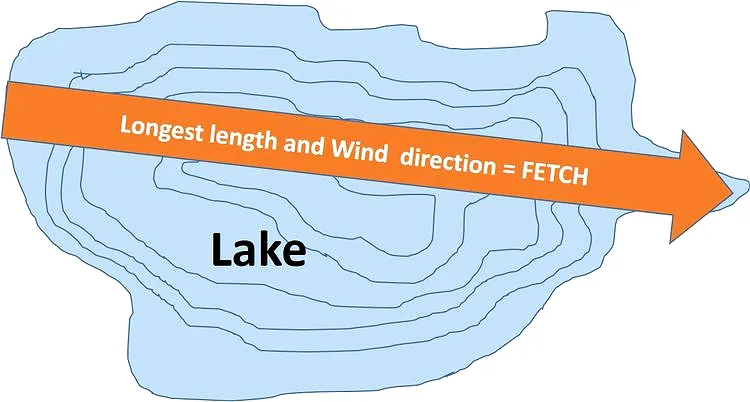 Figure 3. Diagram of a lake showing wind direction of fetch, by B. Clawson, 2017,(https://www.canr.msu.edu/news/understanding_lake_fetch).

Such events can create large snow squall bands that stretch several kilometers and can be visible through radar and satellite imagery (Figure 4). Snow bands require weak vertical wind shear or winds that flow in the same direction with increasing height. 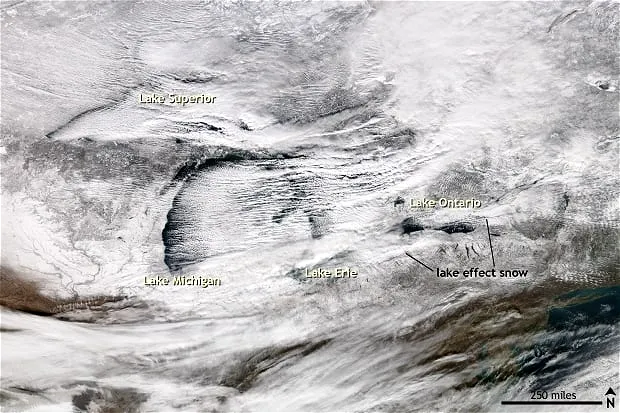