Lots of folks on the water (and meteorologists alike) saw a fog bank encroach the coastline late Friday afternoon and into the evening. It was rather peculiar because we generally would see a marine layer (fog) build along the coast as ambient air temps surpass the water temps by a substantial amount through the day, or leftover from nighttime into the morning.  This fog bank; however, was one that crept up on us in the afternoon and we can definitely can understand how legendary nostalgic maritime vessel and pirate stories would have started.

The setup at the coast was a classic warm pattern for the SE Region with Atlantic High pressure bringing somewhat moderate SW/SSW Sea Breezes into the coast. As with all successful Sea Breeze circulations, humidity was very low at the beaches and just inland. Sea surface temps (SST’s) were in the mid to upper 60’s and ambient air temps topped out around ~86°, making a difference of around 14-16 degrees. This is not very much of a difference to create a marine layering along the coast, but rather would be a very shallow surface layer if anything.

Here is a snapshot is what the cooler shelf waters were on that day. You can see the Gulf Stream offshore as the warmer body of water in the low 80’s. 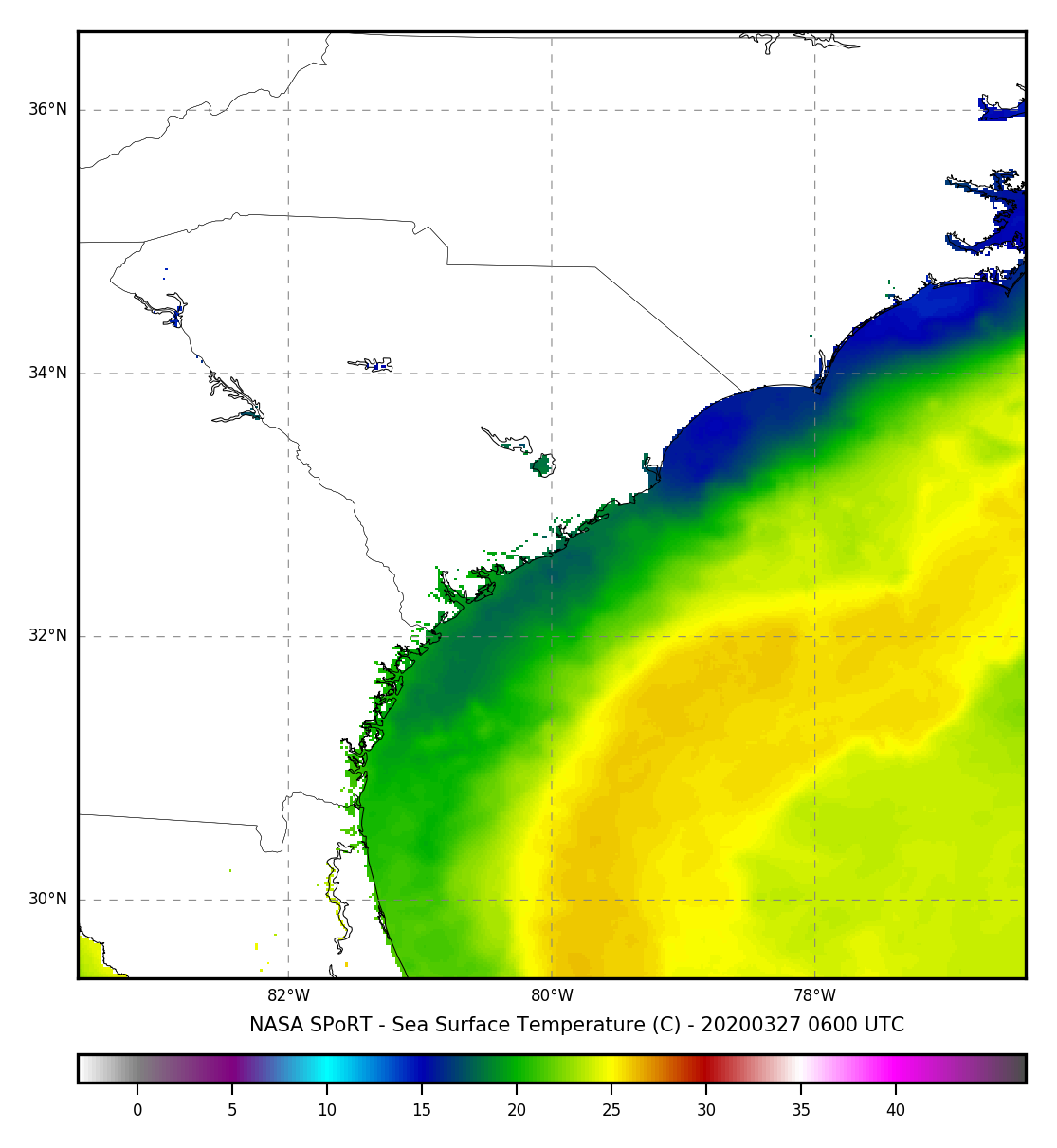 At some point in the afternoon, a cool and stable pool of air managed to develop over the shelf waters. It was curved around the Atlantic High pressure and was nudged into the coast along the Sea Breezes. Here is what I caught off the GOES16 visible imagery:

To many on the water and beaches that day, it came as quite a surprise. Not only did it make air temps drop several degrees, it also eventually killed off the winds by several knots as this pool of stable air was injected into the Sea Breeze circulation.

Here are a few pics of the area from the locals:
This one from Daniel Cubberly Goldston at Kiawah Island just south of Charleston. 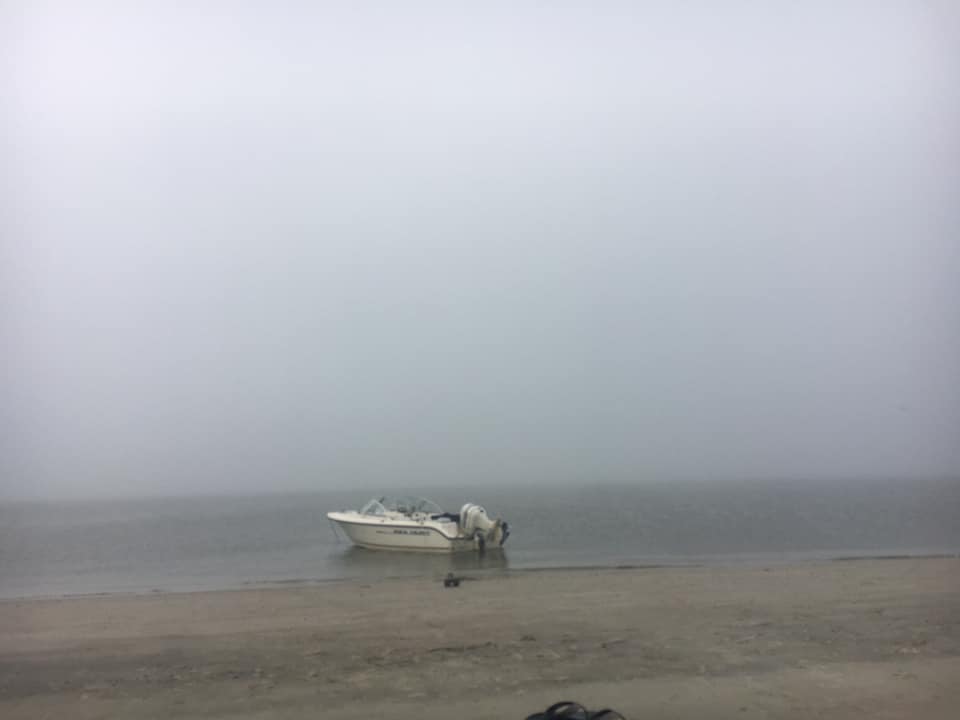 This one from Andy Lassiter at Folly Beach: 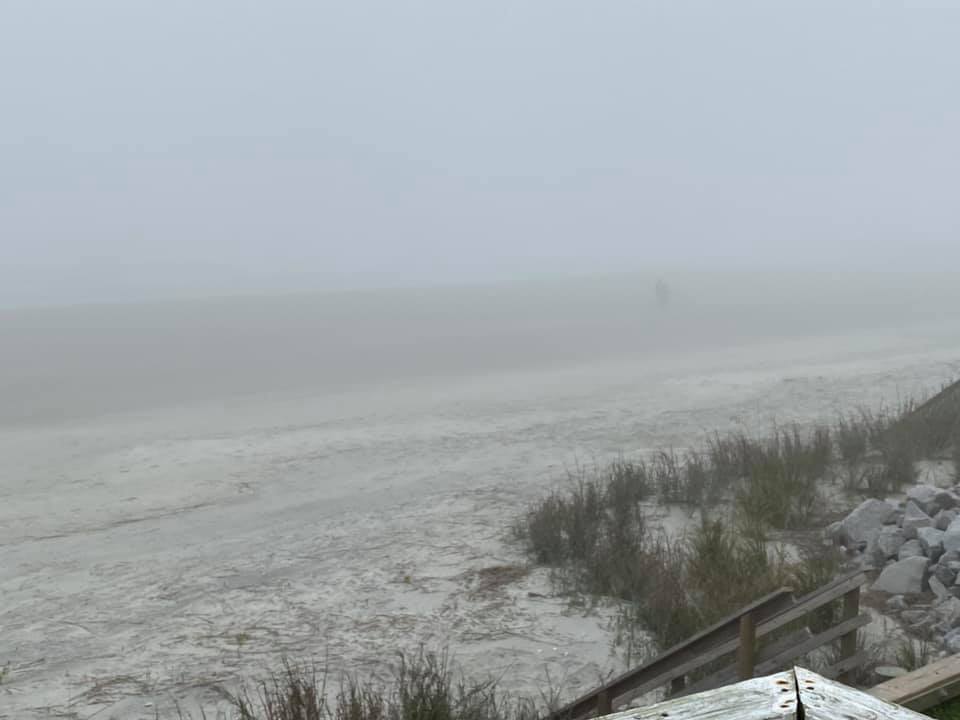 And this one from Eric Angermeier at the back marshes of Folly:

The NWS Charleston even issued a Dense Fog Advisory to cover the time for the effects: https://www.facebook.com/NWSCharlestonSC/photos/a.252200621469073/2999798246709283/
With the Sea Breeze being so moderate before the fag bank moved in, it was pushed into the coast where warmer, unstable air existed and dispersed by 7:00PM. 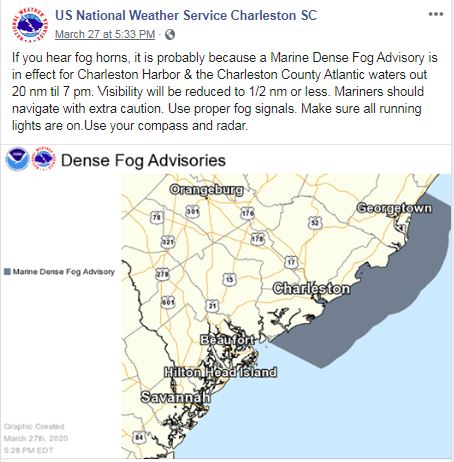 You can see the air temp drop starting just after 4PM inside the Charleston harbor at our Fort Sumter Front Range Light. 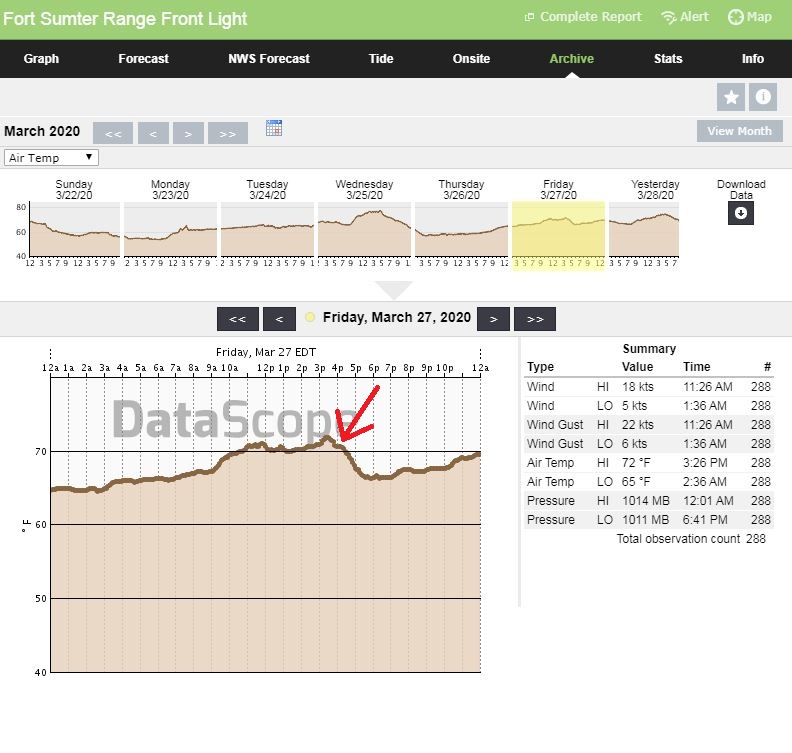 And here are the winds dropping after the cool air injected itself into the Sea Breeze circulations. It was not immediate, but rather gradual. This data was pulled from our weather stations at both the Isle of Palms pier and the Folly Beach pier. 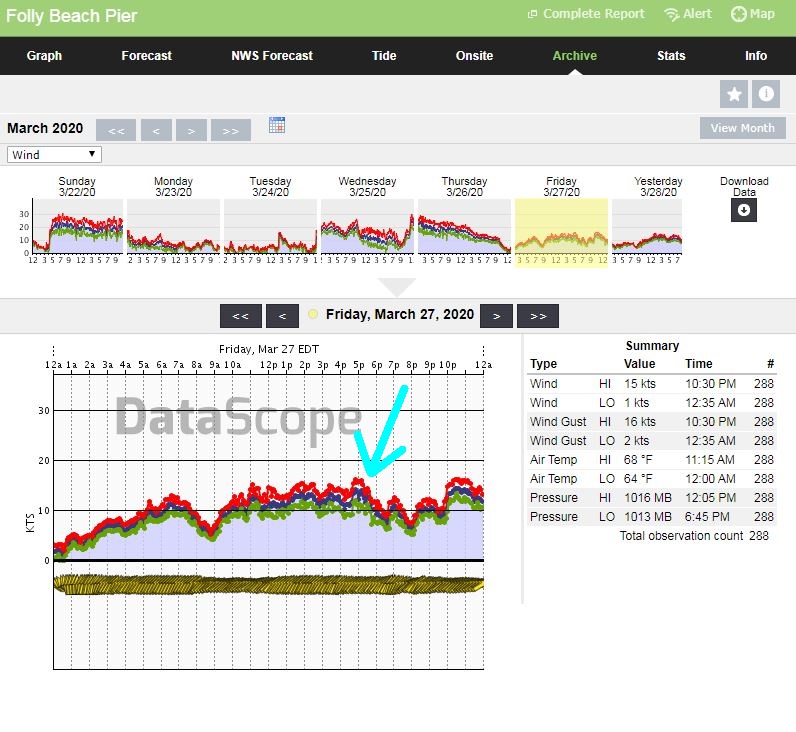 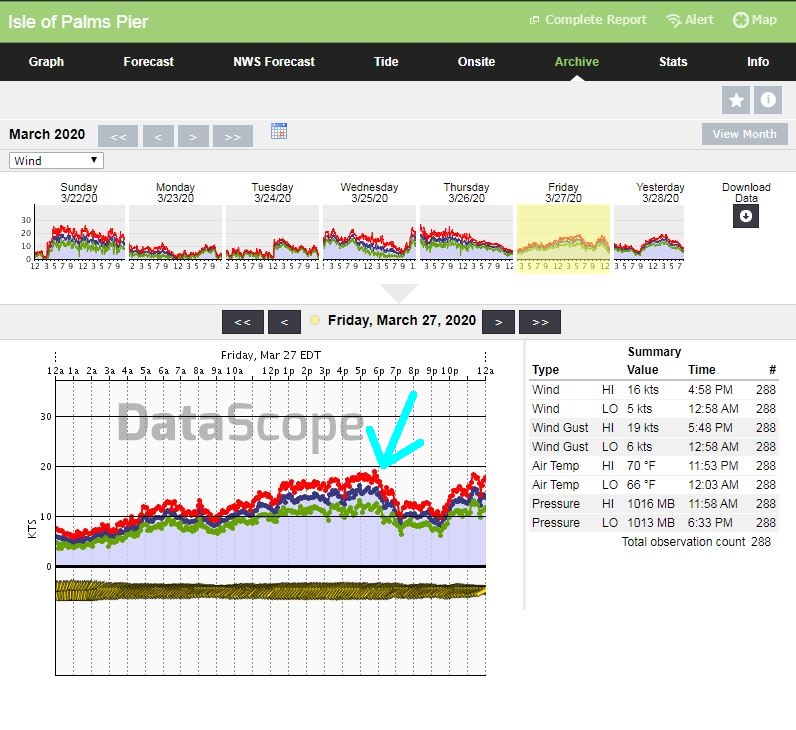 So we already know that marine layering can hamper speeds and cause Sea Breeze decoupling where onshore flow is occurring off the cooler waters, but what about that magic number where this complication does not happen anymore? After watching SST’s and Sea Breezes for several years, I have pinned it right around 76°+ for the Charleston area when waters actually start feeding the instability factor (instability = more wind). For an additional reference point, in tropical system development we generally see 80°+ as being the fuel from the ocean surface.

As always, we are life-long students to this science and always watching, researching and sharing what we learn. Stay safe and cheers from us at WeatherFlow!