As Hurricane Laura approaches the Louisiana and Texas coasts, it brings with it the potential for producing devastating storm surge.  Storm surge is created when sustained strong winds flow across an ocean for an extended time period.  Those winds push against the water, and since the liquid is free to move, the water is lifted and pushed by the winds.  As those winds encounter the shoreline, and it becomes shallow, friction causes the water to pile up, creating a surge of water.  If the land is flat, the surge can easily move well inland.  Hurricane Laura’s projected track has all the ingredients for a potentially unsurvivable surge.

The storm intensified quickly as it moved into the Gulf over warm waters and light wind shear.  The result has been that winds have strengthened 40 knots in less than 24 hours, making Laura a major Category 4 hurricane. Laura would have had to reach 157 mph or greater, to become a Category 5 hurricane. Buoys have captured just a glimpse of how strong this storm is and why these winds will create such a strong storm surge.  The South Marsh buoy, which is off the Louisiana coast, registered 50 mph Eastsoutheast winds for most of the afternoon, with the models projecting another 12 hours of these winds. 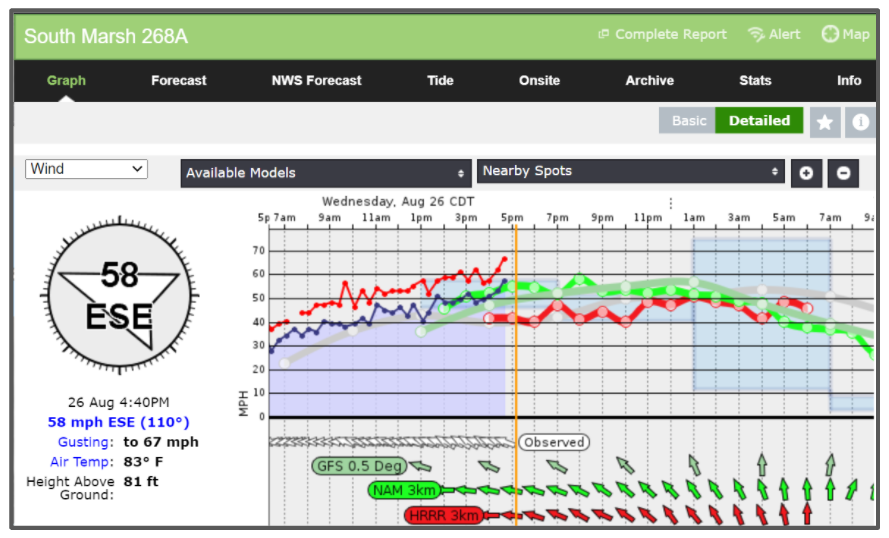 These winds will be directed toward the Gulf Coastline.  This area has two features that make it extremely vulnerable to a devastating storm surge. You can see them on the map below.  First, the continental shelf is shallow and extends many miles.  Also, the area near the coastline is very flat and has little elevation to disrupt the surge.  Consequently, even small surges can push well inland.  The winds on the east side of the storm will be directed toward the Gulf coastline and so the area to the right of the storm’s center has the greatest potential for devastation. 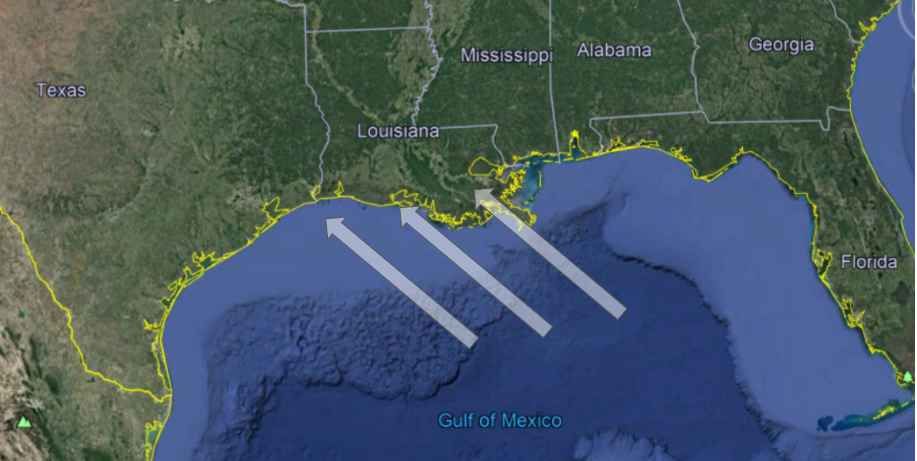 As Hurricane Laura moves inland it will be cut off from the heat of the ocean, and of course, it will weaken.  But it is expected to maintain tropical cyclone characteristics well inland and models are showing that it will emerge off the Atlantic coast and restrengthen.  This is definitely a storm to watch carefully.