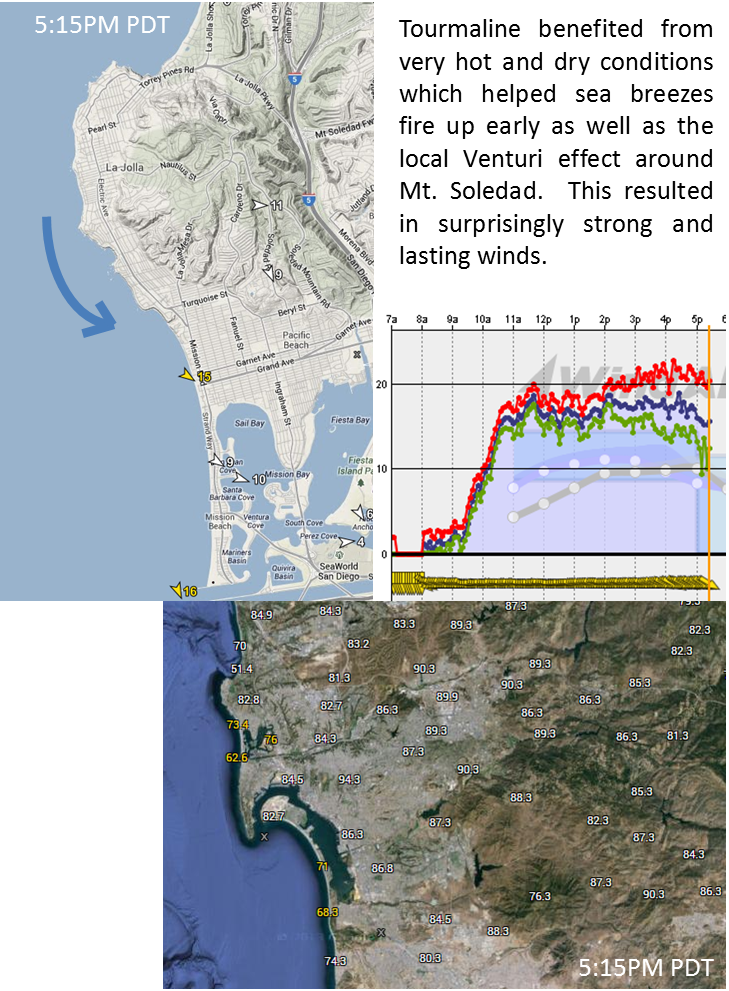 San Diego say surprisingly strong winds, especially for Tourmaline (as pictured) thanks to unusually hot temperatures and very dry conditions.  This resulted in an early onset of the sea breezes, but rather than fading gradually, they lasted for several hours. This was largely thanks to the dry air mass and the absence of a marine inversion.  The local Venturi effect around Mt. Soledad only further aided Tourmaline’s winds.  Lesson learned!