Spring is here, signaling the annual run of Dolphin fish off the Southeast Coast.  This fishery provides a large economic impact to coastal communities and coincides with warm water from the Gulf Stream shifting over the continental shelf where it interacts with cooler shelf water.  We will look at a couple days with different conditions to compare and discuss, where the fish may or may not have been. 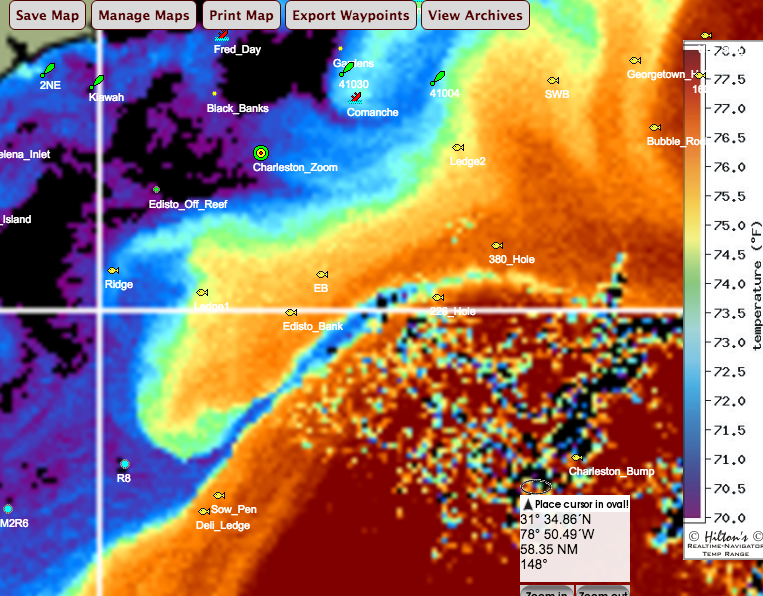 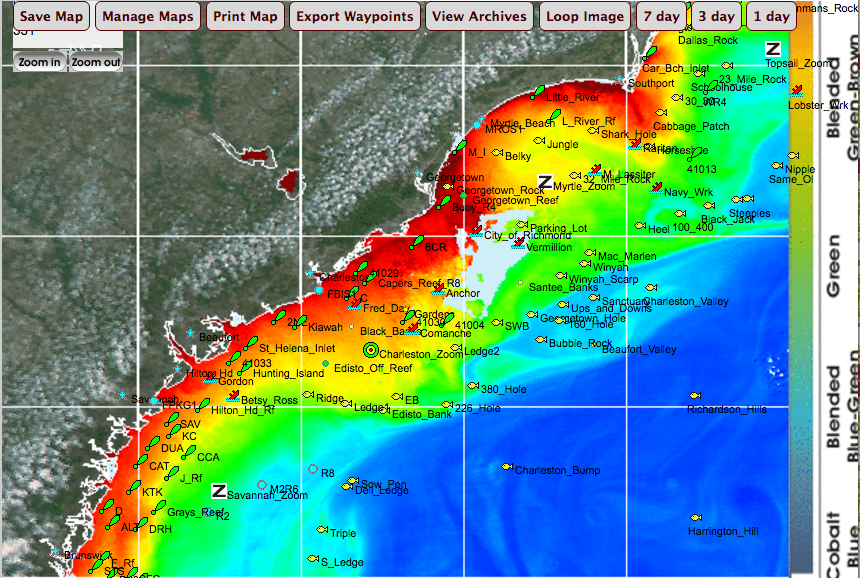 Now for the weather portion of the discussion, as both days were “fishable” by recreational boaters.

Morale of the story is that although we have lots of data to help narrow down the likely location of fish in the region, we are subject to sea conditions and the actual availability/density of fish in the region.  Two different trips yielded similar results, but in general the fish were not here in good numbers yet back in mid April, and we fished the wrong area most of the day in mid May.  Thats why they call it fishing and not catching!