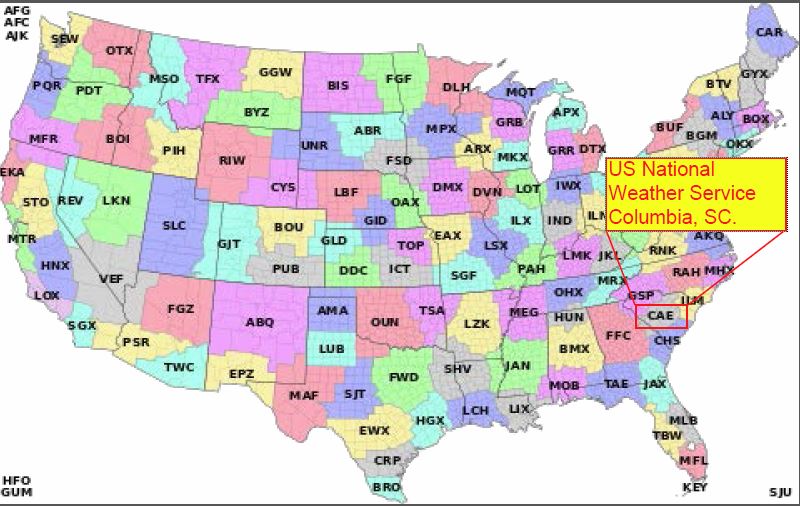 On May 19, 2015, the US National Weather Service in Columbia, SC tracked this on the visible satellite.  You can see the Low spin out of what looks like just a small area of clouding; however, this was not the case. Surface circulations were already at work ahead of the approaching cold front to the west. 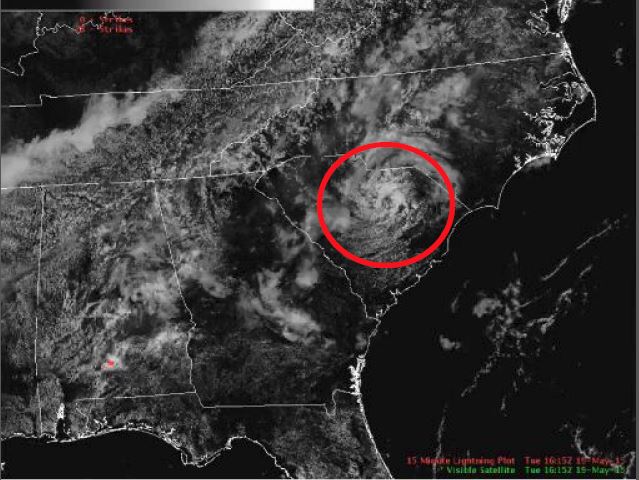 NWS Columbia: “This visible satellite imagery loop from today shows a meso-low moving across the Pee Dee region of South Carolina toward the coast. Look for the cyclonic (counter-clockwise) spin of the low. This meso-low helped trigger showers across the area earlier today.”

(Snipped into 2 pieces to fit into blog)

My question: “Is this strictly due to lee side/piedmont troughing with low level circulations in areas of heat/moisture release? Trying to correlate it to Sea Breeze circulations along the immediate coast.”

NWS Columbia response: “In this case, leeside troughing was present ahead of an approaching surface front. A strong mid-level trough moved over the surface trough and helped to form the meso-low. With the unstable, warm and moist airmass the circulation became very evident. You can see on the east and northeast side of the low the isentropic lift was stronger, enhancing the cloud tops and producing heavier showers in that quadrant. In fact, later that day to our south the sea breeze front formed and interacted…forming the strongest storms that day.”

So, here we have a prime example of how Low pressure systems spin up lee-side of the Appalachians as cooler moist air pushes down across the piedmont sections at the mid levels, where surface circulations exist over the diurnal heating of the land. We’ve talked about how soil types affect heat release and evaporation properties where clays/loams are slower to release and sand hills are faster to release – and where on hotter days, these surface circulations create areas of storming. Add one extra layer of cool moist air (mid level trough) at the right time and tadaa – we have a Mesoscale Low Pressure System.  Notice how it falls apart towards the end due most likely land cooling in the evening (looks like it moved over a more stable area – which sapped the energy out of the central rotation). …a strong area of storming was allowed to develop along the convergence zone anyways closer to the coast.  If you look closely, you can see the thin line of dryer Sea Breeze air keeping the cloud corridor just inland all the way down to northern Georgia.

So what did it do to the winds along southeast NC? Let’s take a look at the archive for Tuesday, May 19.

You can see the Sea Breezes coming up to moderate values ahead of the activity – with decent outflow helping to keep elevations in the low to mid teens. Once the areas of storming push overhead, you can see how winds are affected just after 6:15PM with shiftiness and inconsistency. A mild inversion sets in during the nocturnal stages and then land breezing Westerlies ease in later after everything settles back down.

One extra note: At night time when low air temps are at their peaks in the summer (near 80-84 degrees), we can see these types of systems quietly develop and travel hundreds of miles. They are called Mesoscale Convective Complexes…or MCC’s for short. They are given this name as a result of their nocturnal origins and properties – and tend to be more common in the plains states/midwest. We always keep an eye on these types of systems as they can at times become the origin of tropical cyclones as Sea Surface Temps become warm enough to support them at the core during migration out over the Gulf of Mexico or the Atlantic Ocean.

Quick shot of a MCC I caught on 6/6/14 in the early morning hours incoming from Atlanta at the GA/SC border…this one fizzled out once it got over the Atlantic, but still a very sneaky system to wake up to when forecasting the coastal winds. Surprise, surprise – lots of them here in the Southeast during the hotter months. 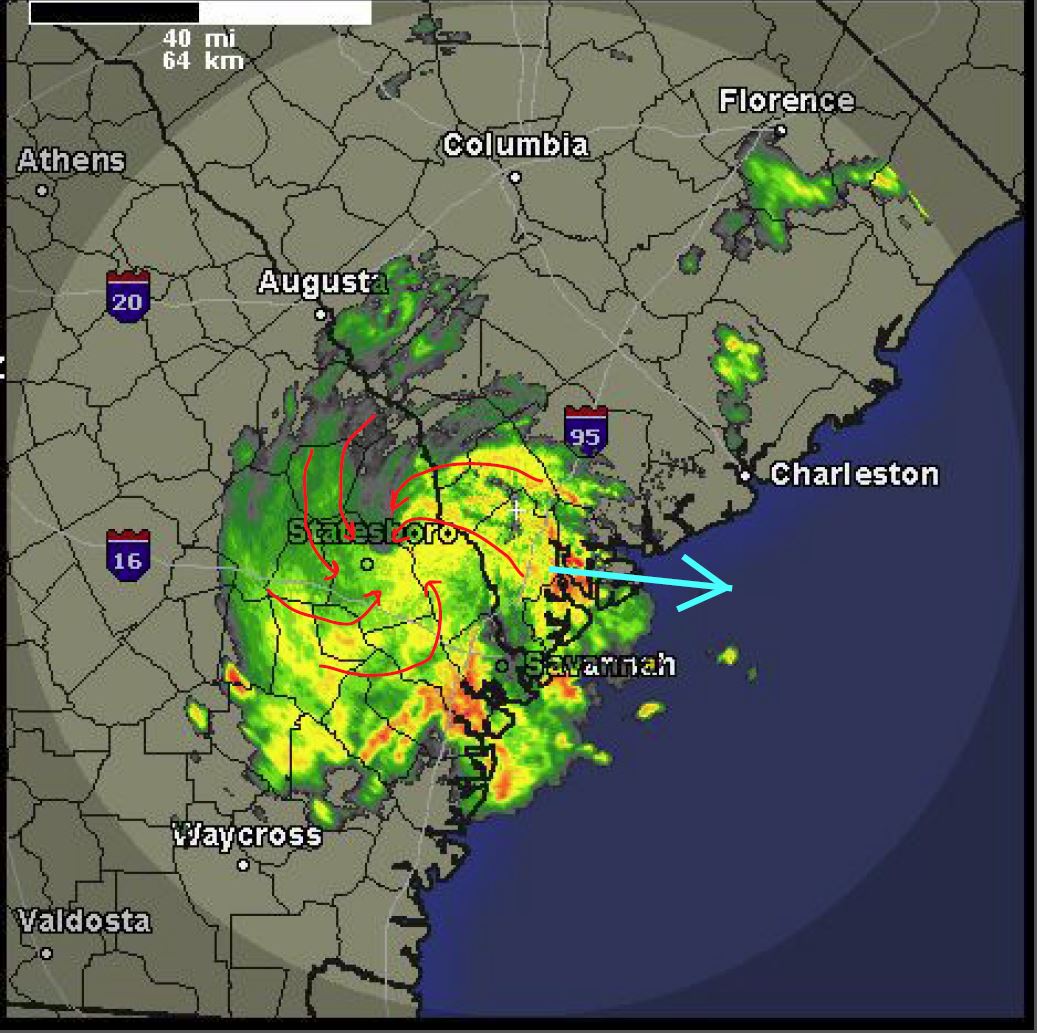 Thanks to US National Weather Service, Columbia, SC for sharing their findings.