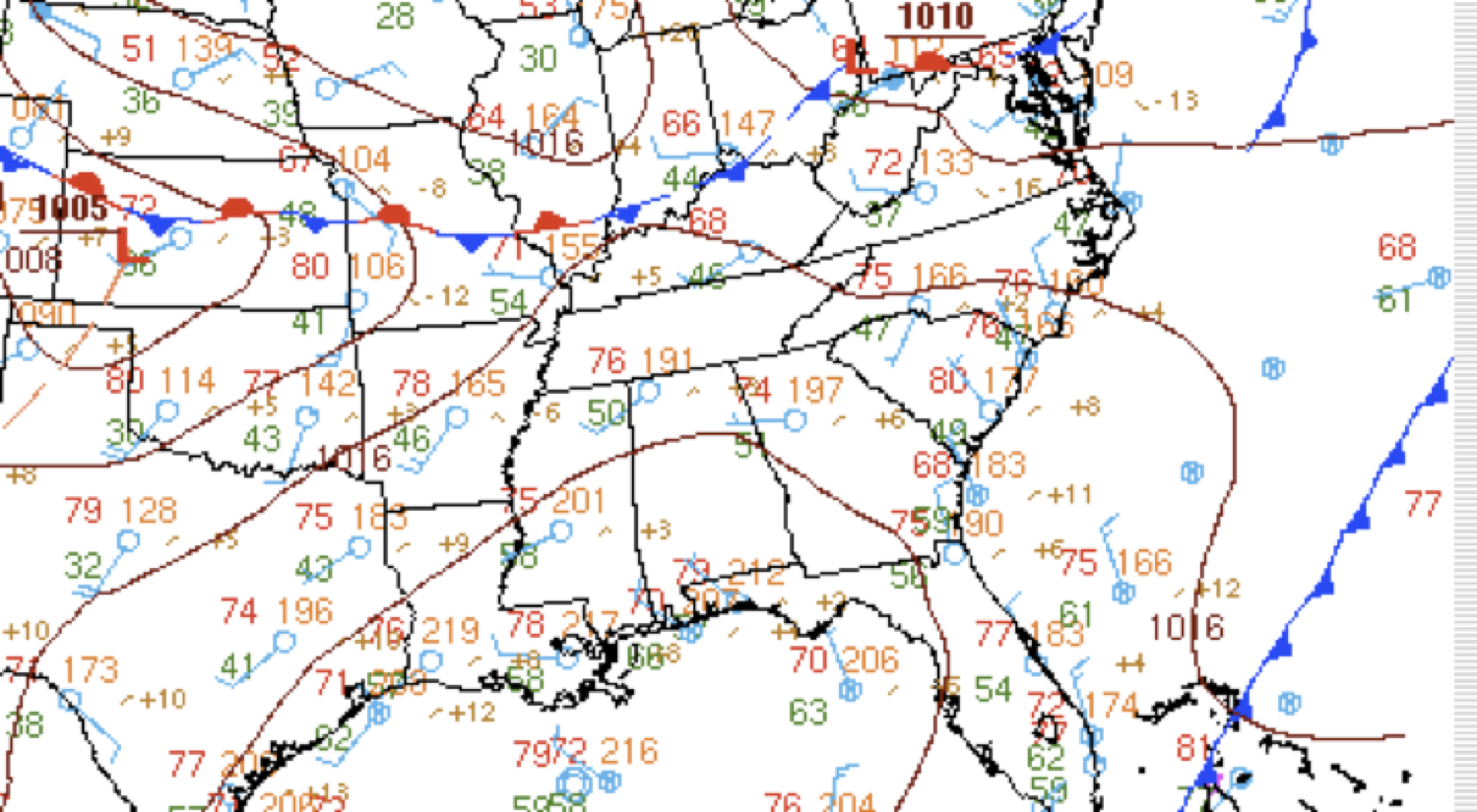 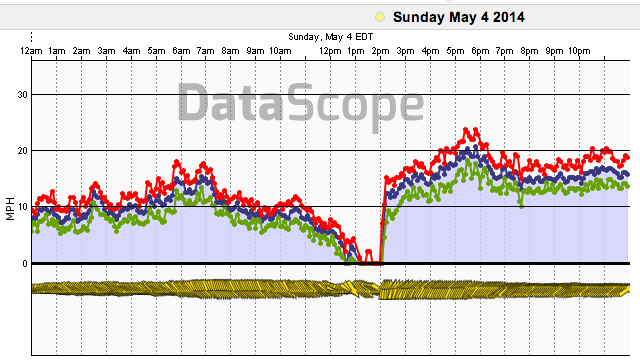 Classic afternoon reversal of synoptic offshore flow was correctly by forecasted by mesoscale models but underdone in the afternoon.

Next Day May 5th Prefrontal WNW’rlys???

–      NE/ENE flow behind the frontal boundary

–      Unusual W/WNW flow ahead of the boundary 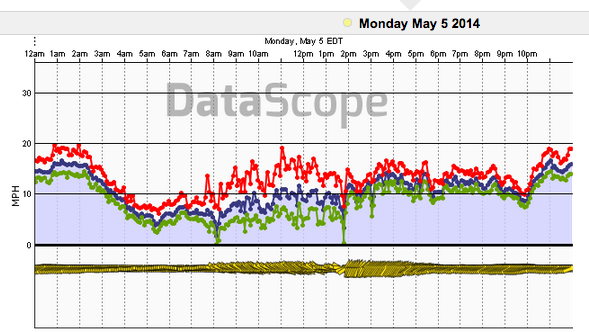 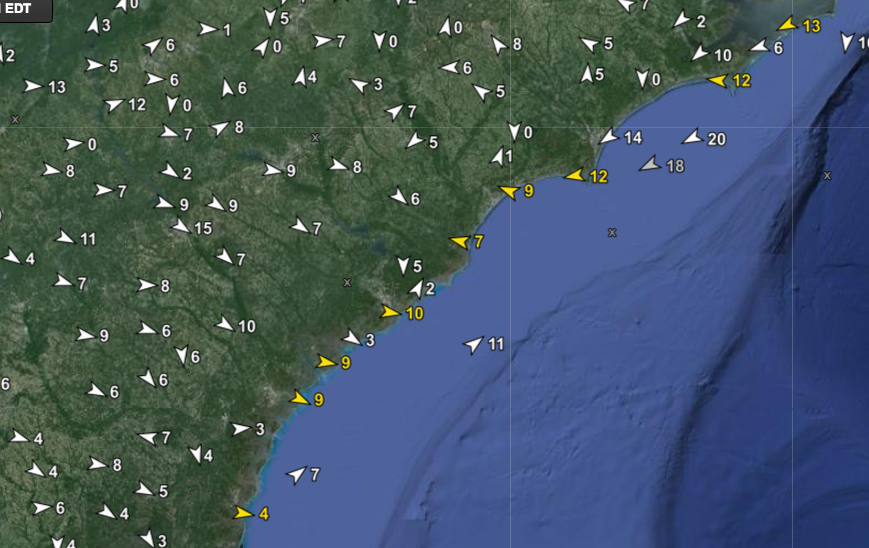 Pretty clear to see where the front lies eh??? 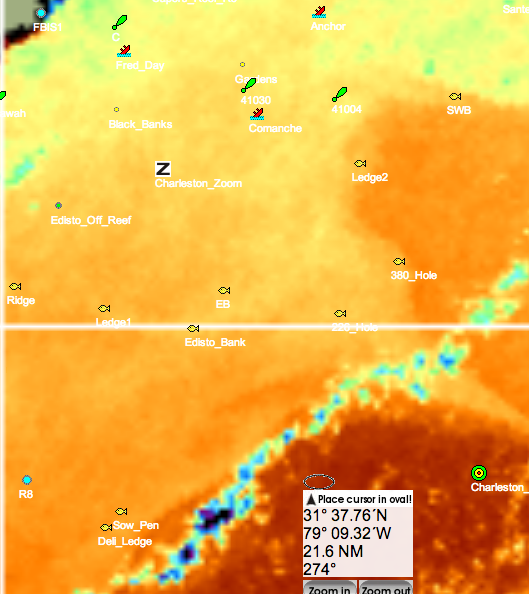 Cloud Contamination Can Still Be Useful- Note that even though there is no data running NE-SW offshore of the sow pen and deli ledge this is actually a differential heating boundary which produced cumulus clouds that denotes the hard gulf stream edge. 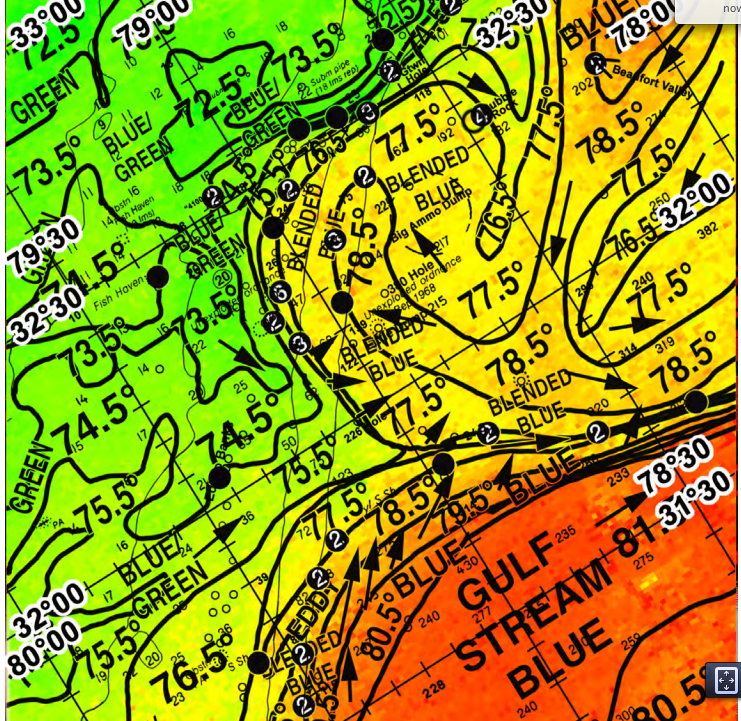 Currents and SSTs are tracked over areas to hone in on areas likely to congregate bait and therefore gamefish.