The Western United States has been sitting under a strong upper-level High-pressure system.  So we have had a long string of satellite pictures that look like this (below). Hardly a cloud to be found. 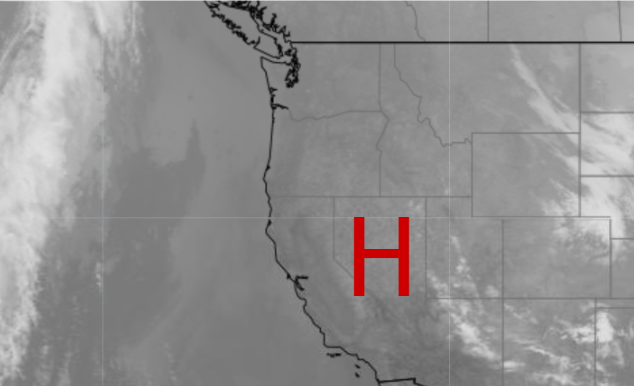 High pressure pushes the air toward the ground, resulting in descending air that warms and dries out. Also, each night as the air cools an inversion forms near the ground.  That is that the air near the ground is cooler than the air above.  This is a very stable situation and the air can’t move up and can’t mix out.  It is like putting a giant lid on the atmosphere. You can see this strong but shallow inversion on the sounding (graph of air temperature with height) below. 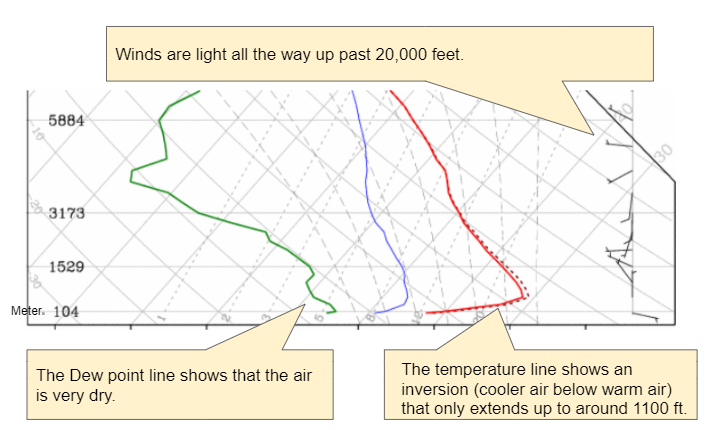 Currently, California continues to have a large number of forest fires that are burning and producing lots of smoke.  Earlier this smoke was traveling and covered much of the Western States. Even the East Coast was reporting red sunrise/sunsets as the smoke made its way to the other side of the country.  But we don’t have that same issue now due to this High pressure. 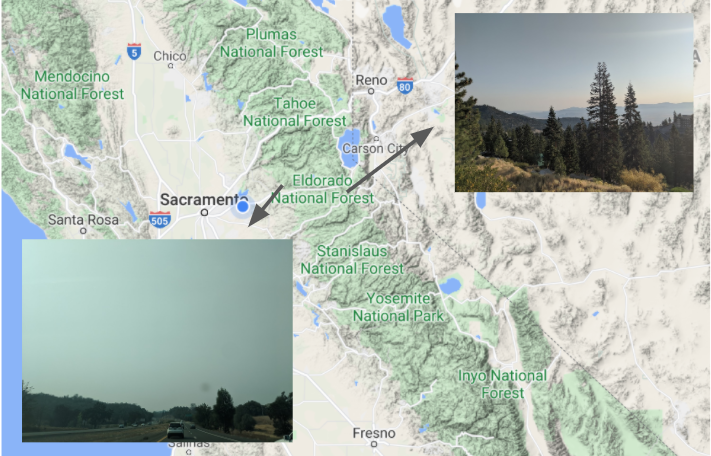 The map (above) shows the views on Oct 3, 2020, looking east toward Nevada with lots of sunshine, while to the west the Central Valley and most California valleys are filled with smoke. Air quality readings show high particulate counts, making the air very unhealthy.

This mighty strong High pressure system is the reason that the smoke is not spreading too far away from the state.   In order to mix and move the air, we need wind.  With the High in place, the gradients are weak and so the winds have been weak for much of the state except for select spots along the coast.  Consequently, the smoke is not pushed very far from its source.

So with little air moving vertically or horizontally the smoke is sticking close to the surface and can’t move over the mountains and mix out. And unfortunately, the forecast doesn’t show a significant change for at least a few days.