Ever heard the terms “nocturnal jetting”, “overnight jetting” or “evening surge”?  This happens when there is what is called an atmospheric “inversion” in the troposphere that traps a cool layer (radiational cooling of land overnight) at or just above the surface beneath a warm layer with a ribbon of fast moving air at the lower levels. During warmer seasons and in warmer air masses, this typically may only last until the sun comes up and the radiational heating process begins, if not diminishing earlier.  They are many times preceded by inland troughing and/or associated Low pressures, well ahead of cold fronts and stronger ones ahead of warm fronts. We see these more pronounced south of undulating fronts (rippling stationary front) and backdoor fronts (fronts that drop down from the north) to be specific for the SE Region. In fact, we had an undulating warm front to the north over northern NC and Virginia on this night and into sunrise.

Once the sun comes up, the land warms and the “thermal cap” is broken – this is where we will later get the dry line at the coast. This allows for warm air to freely rise higher up into the atmosphere (called “thermals”) for convection to form. It also allows the Sea Breeze to be drawn into land and strengthen. Sometimes, the morning jets burn off and the Sea Breeze comes ashore by midday…and other times, the sun’s heat and dissipation of the inversion (thermal cap release) can allow the Sea Breeze to push onshore earlier to get the winds moving by mid morning again. This depends on a few factors- with a couple being the overall regional pattern and allowable pre-frontal activity.

The pictures below show the mid level clouds along the warm air inversion – pics by Isle of Palms resident Rusty Williamson. Thanks Rusty! 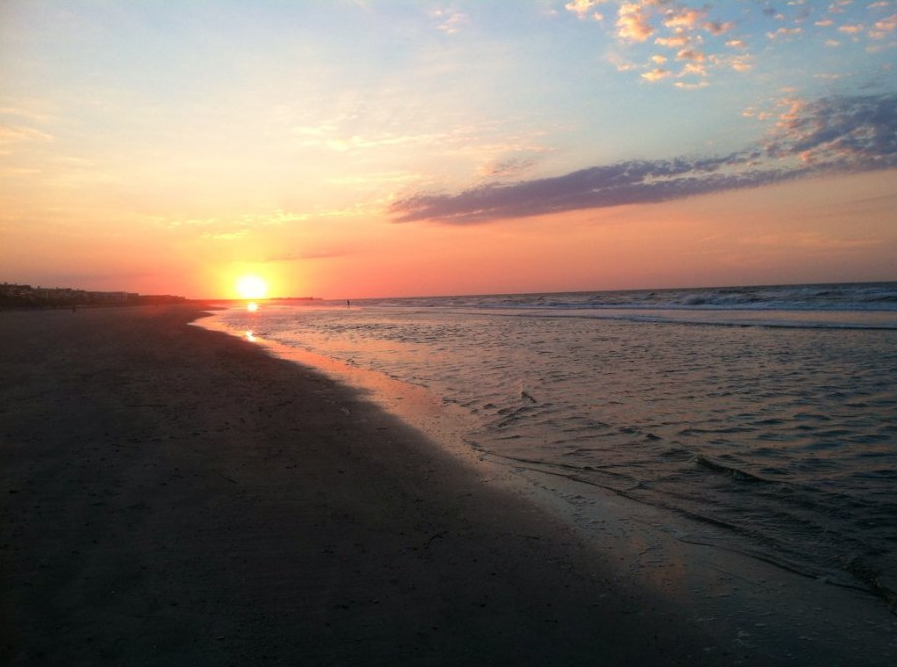 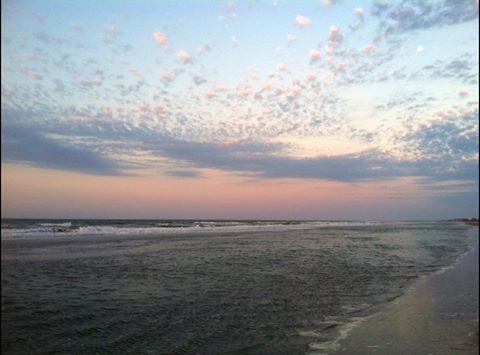 Here is a prime example along Isle of Palms and Folly Beach of the overnight “nocturnal jet” quickly diminishing as the sun came up and radiational heating began.

And how could we forget the local US National Weather Service Charleston’s weather balloon sounding (radiosonde) for the vertical profile? Here is the 7AM sounding that shows the inversion just over the surface and another warm nose of air above it. 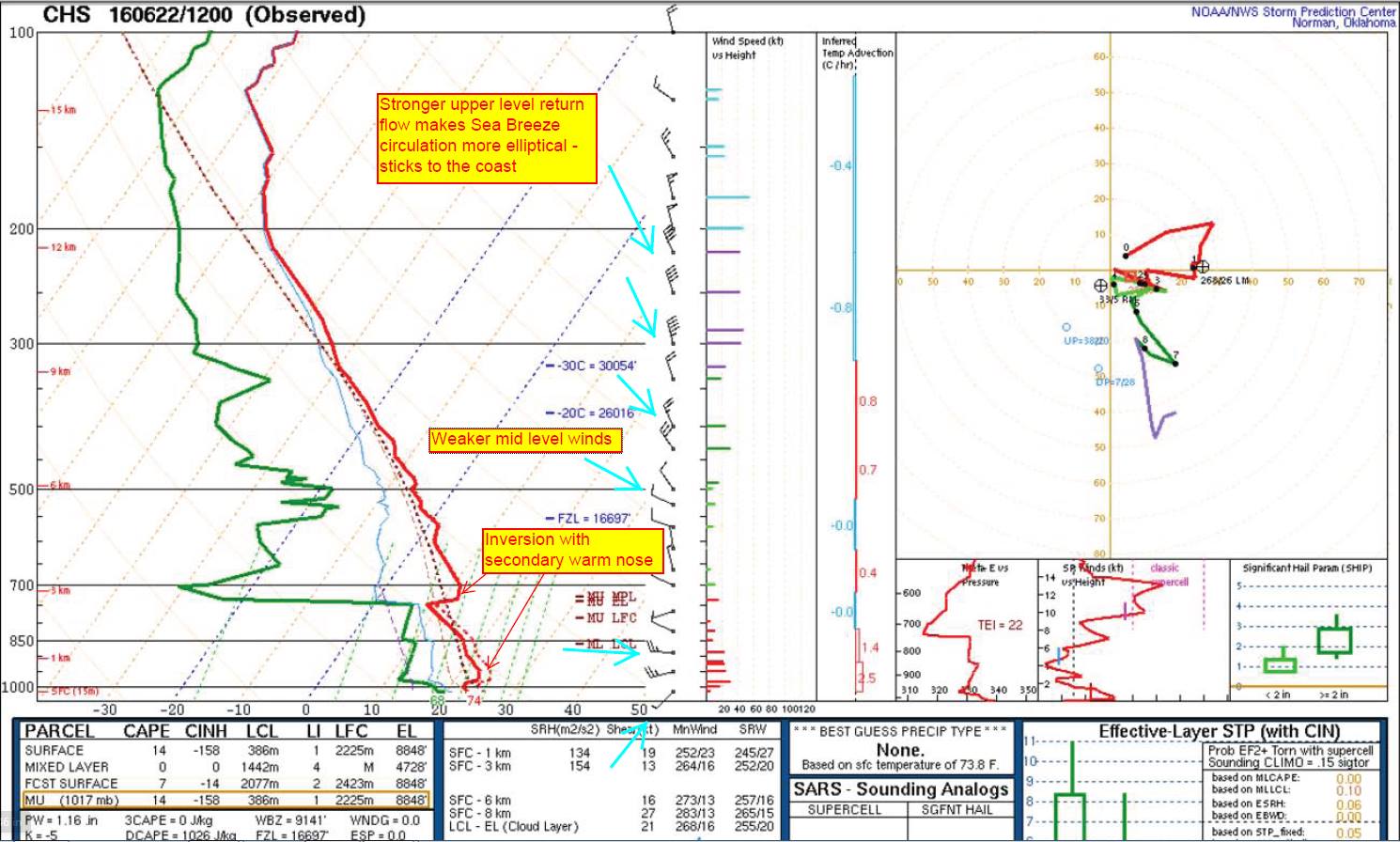 So now you know why there sometimes is a “nocturnal jet” overnight along the coast that keeps winds moving through sunset (with occasional higher builds) and why the winds could be elevated in the morning just before sunrise. If you ever have serious trouble tuning in your radio at night, it may be because of this occurrence which can cause signal degradation of radio waves. But on the “bright” side, it can also show you that “green flash” at sunset if you can ever catch one.