Too early for tropical development off the SE coast? All eyes on the Gulf Stream.

Blog.WeatherFlow.com > Southeast & Gulf > Too early for tropical development off the SE coast? All eyes on the Gulf Stream.
By Shea Gibson

We’re getting warmed up here in the pre-season and lots of sites are discussing possible  tropical development with all the model agreement. ECMWF (European), GFS (American) and CMC (Canadian) computer models all continue to have this closed Low developing along the Gulf Stream and deepening off our coast. These are for 12am Friday run from the latest at 12pm today (the Euro from 00z (12am) last night. They don’t say anything about tropical development other than projected pressures, which fall to 999mb’s at best (could favor a depression). Even though the water temps to the south (80-82 degrees) support faster initial development, cooler shelf waters spreading to out along our coastline east of the Gulf Stream (70 degrees) should inhibit further strengthening. Either way, weak upper level shear should allow for a closed surface Low to form and deepen. The GFS has it meandering along the coast for a few days before the subtropical jet stream returns north and swings it out to sea, whereas the Euro has it swiping Southeast NC while weakening. CMC swings it out to sea even quicker. We could get significant rains and/or gales along the immediate SC/SENC coast according to GFS, but way too soon to tell exactly. Spaghetti models have not fired off yet as they shouldn’t, but below is also a little something from NCEP for probability from last night so it’s apt to change daily.

Definitely something to keep an eye on for this week’s forecast. 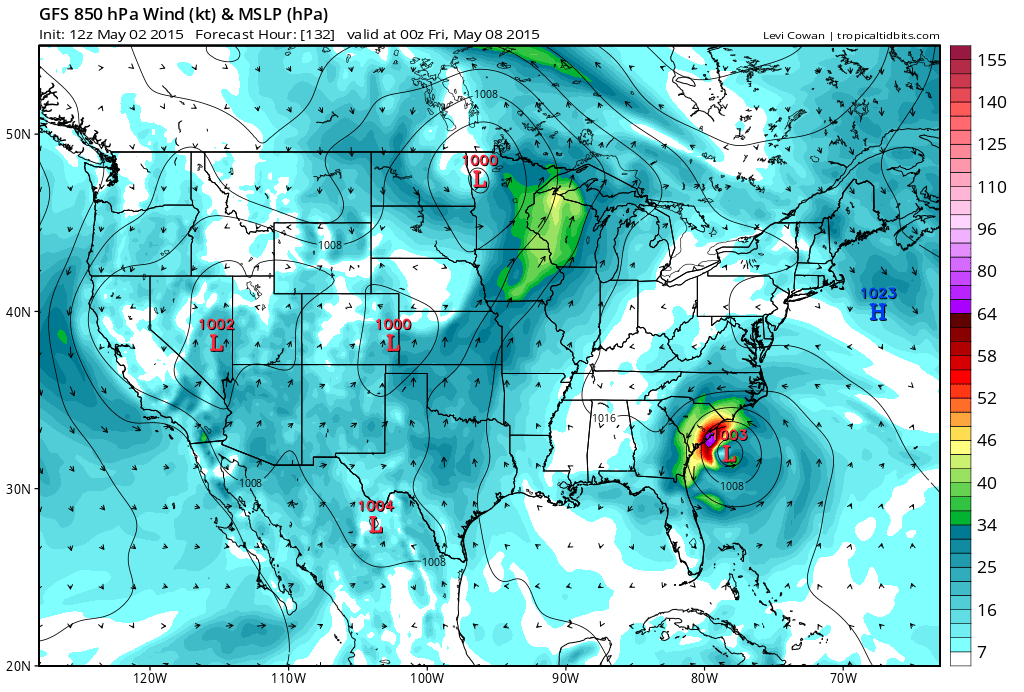 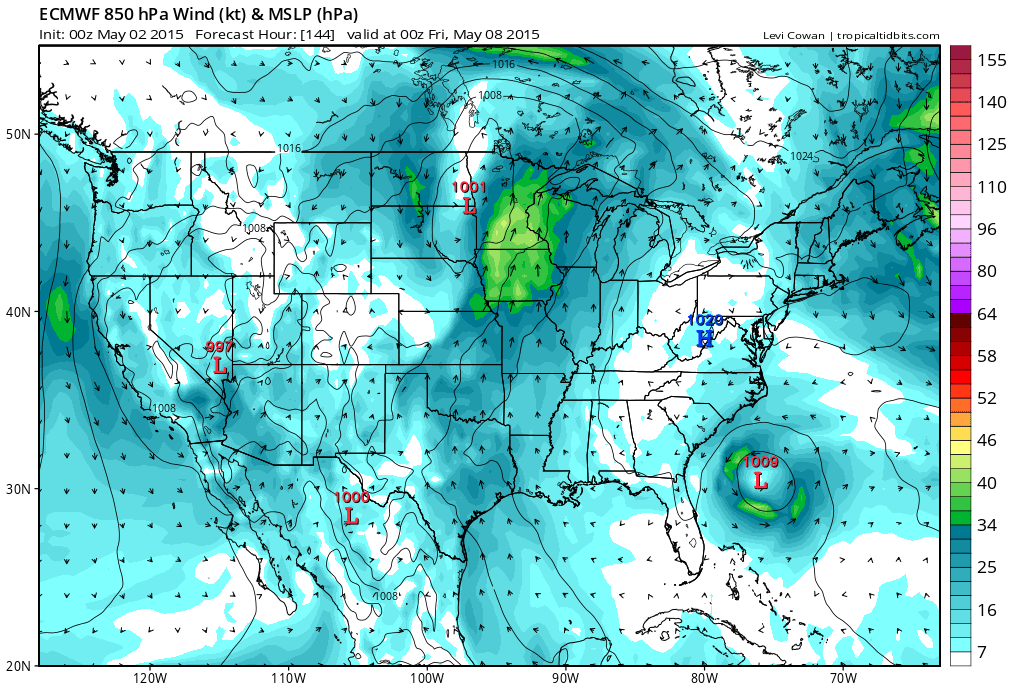 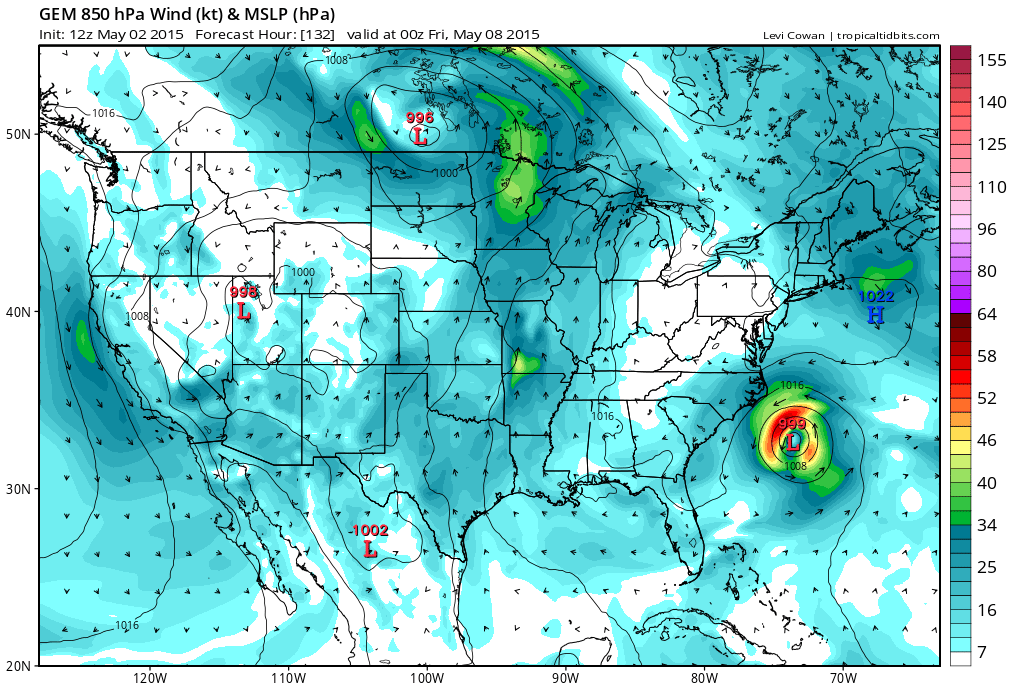 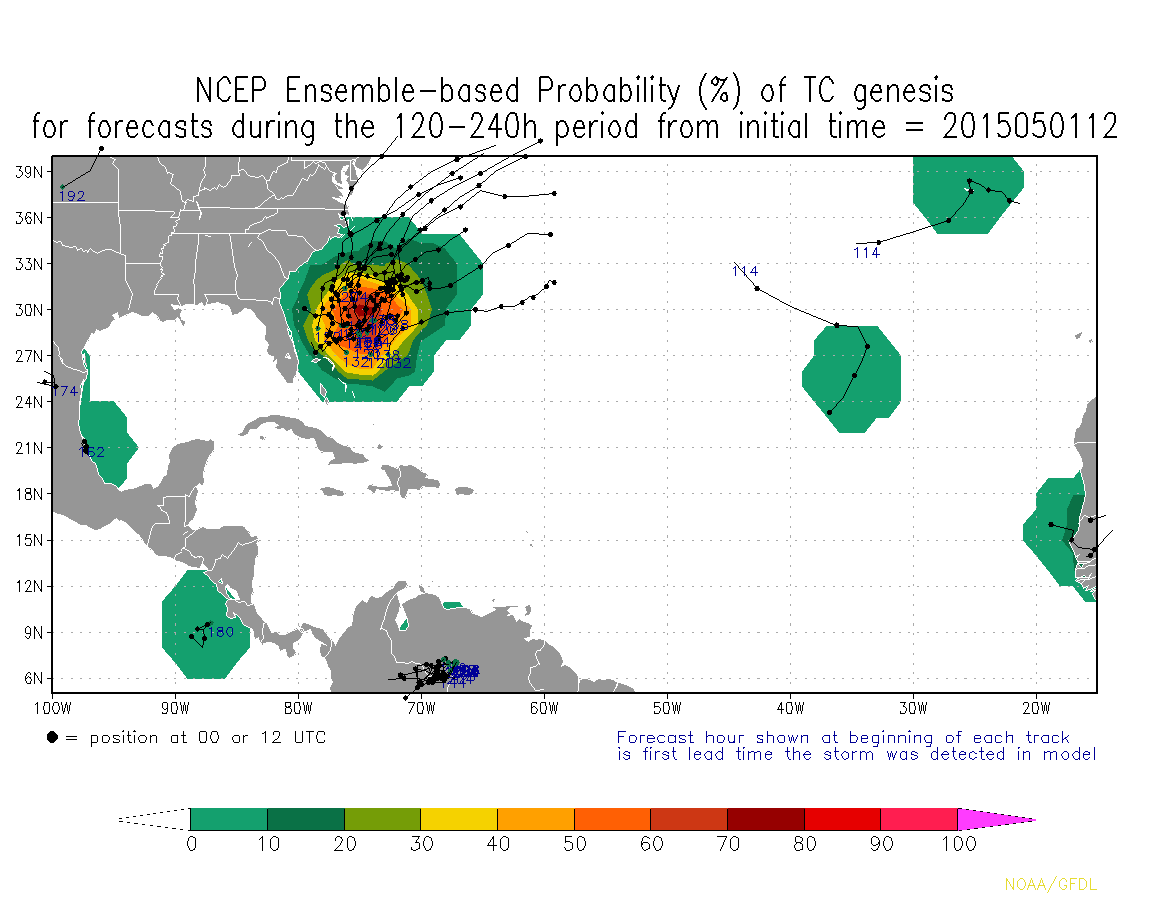