Snapped a few pics today as I was watching some shelf clouding during fast developing mesocyclone activity – saw shelfing to the west stretch out across the sky and a vortex popped out right in front of me along the river. At first I was confused given position of storm cell activity being south of the main cluster, but realized it was a new cell developing with a hook echo toward the NE quadrant. Anyone know the best place to find radar history back from around 4:00pm today? I could only get back to around 5:30pm.

Pretty good rotation going on there- as soon as it started rotating faster, the winds picked up fast and furious- closest station I could find was the Don Holt bridge- which topped at 55kts, but it was stronger where I stood. The rain wall hit me like a sack of bricks.  Lost sight of vortex after that.  Report of hail from eye witnesses just due N/NW of this cell at an interstate change (I-526 & Clements Ferry Road).  Not the most organized one I have ever seen, but then again, I only caught what seemed to be the beginning stages of it. 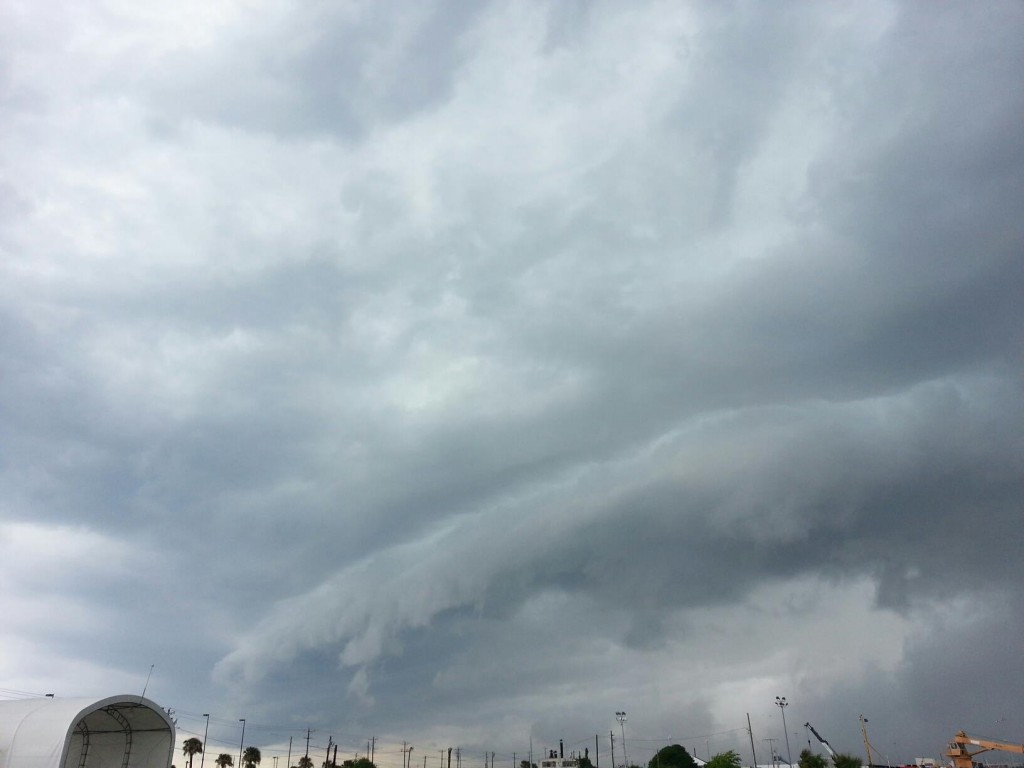 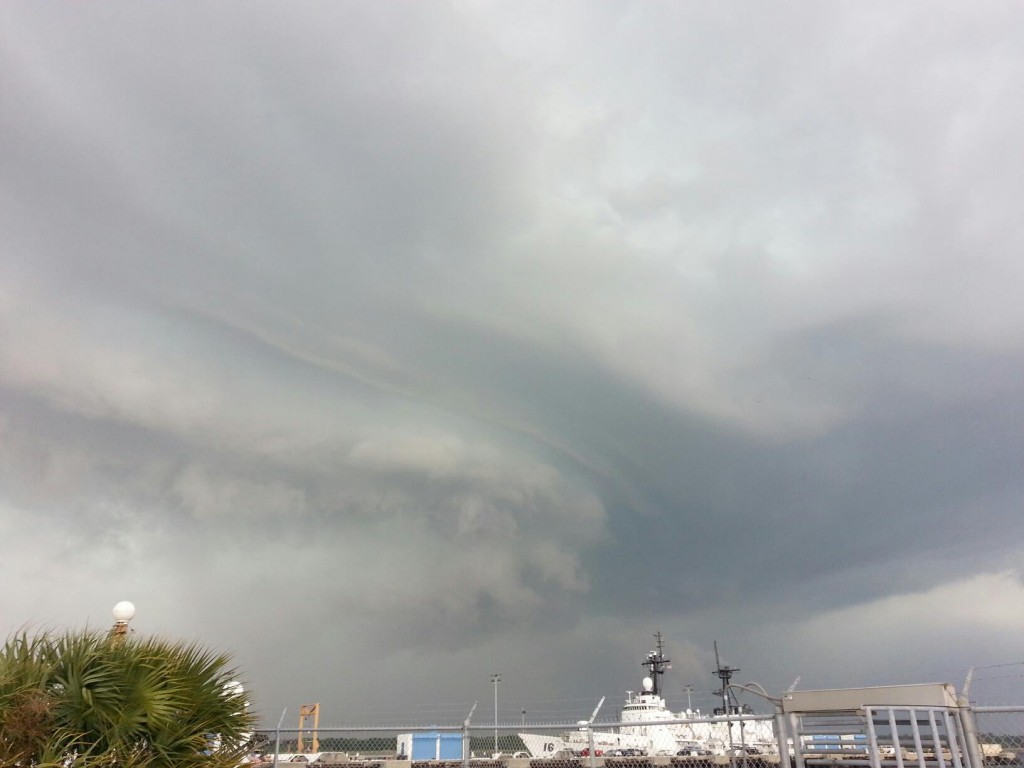 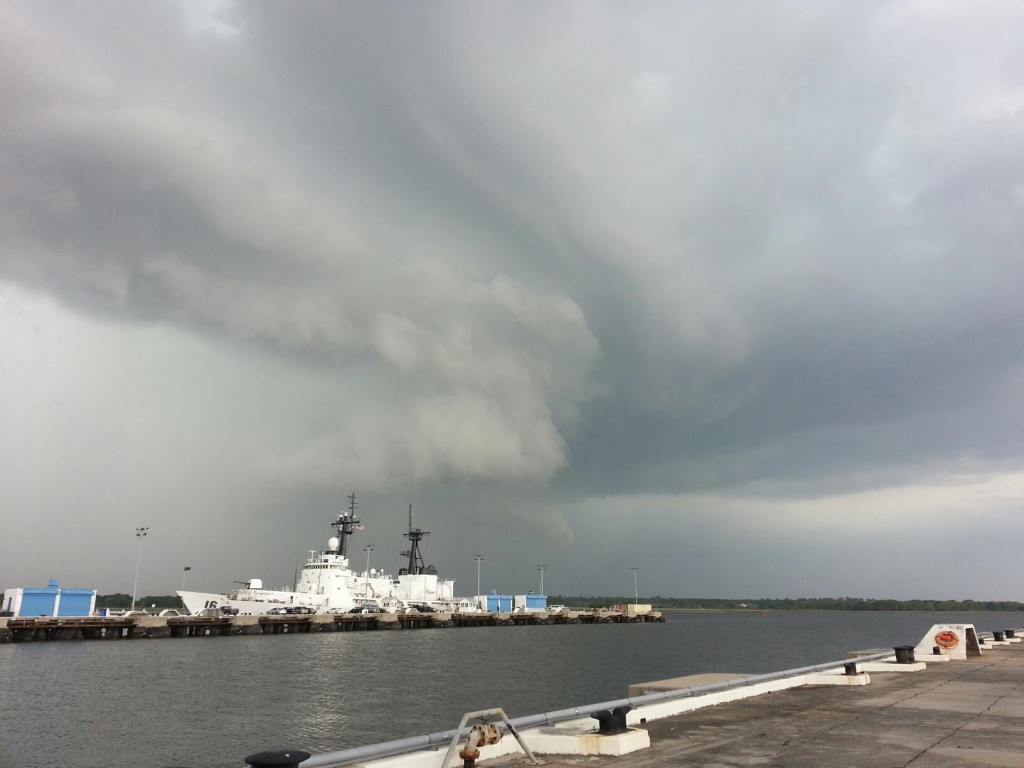 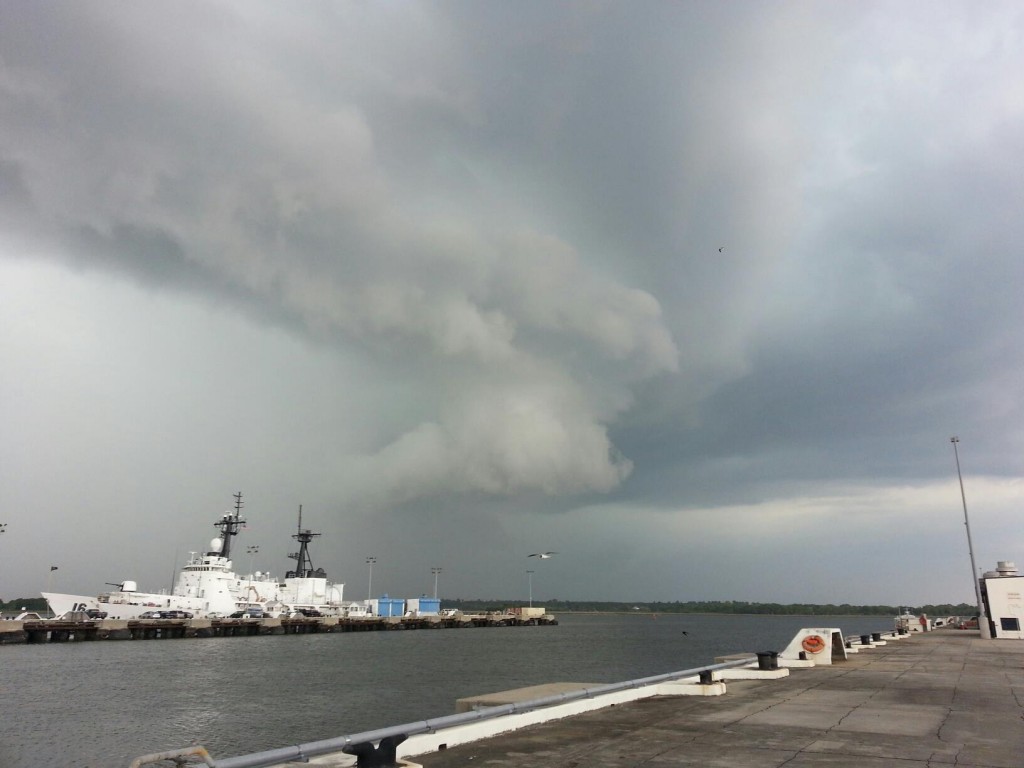 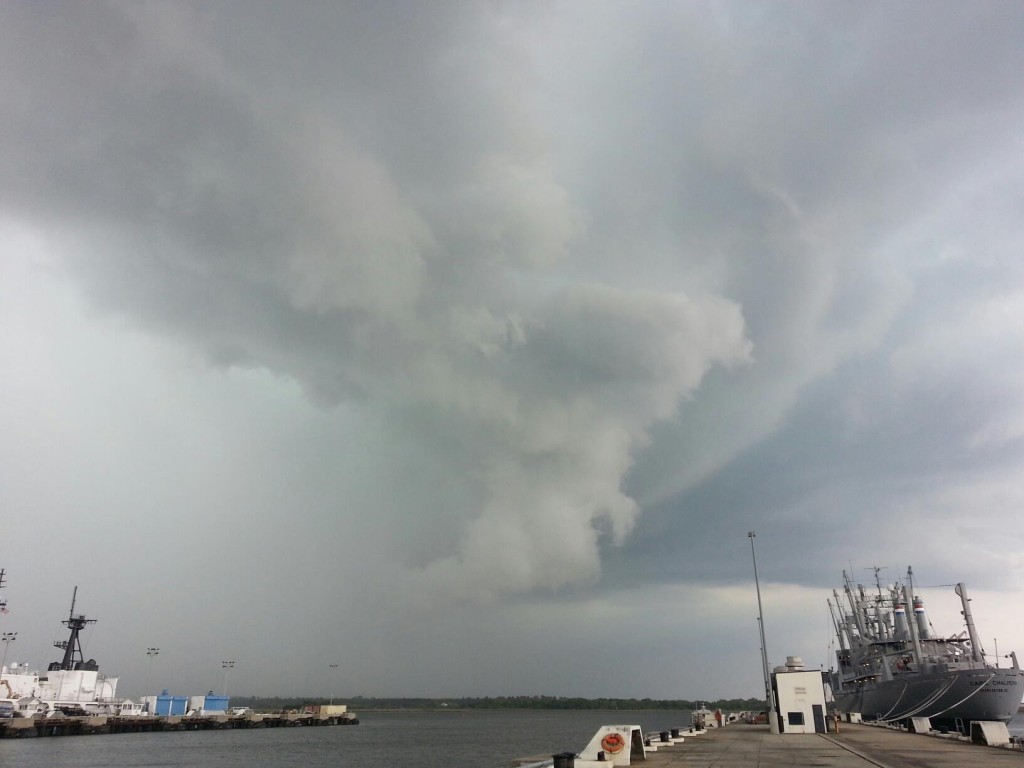