Unprecendented Heat in the West

California is seeing unprecedented heat this Labor Day weekend. Sunday the National Weather Service reported a temperature of 120 in Reseda. Meanwhile, the Santa Barbara shoreline barely broke into the 70s.  Why such contrasts? First, we are seeing an astonishingly strong upper-level ridge over the area. Monday’s 500mb map (below) indicates that the center of the ridge is in Western Nevada. If you look closely you can see the number “600”.  This means that we find 500mb at 6000 meters.  Take my word for it, that is very high and is the main reason for the heat. 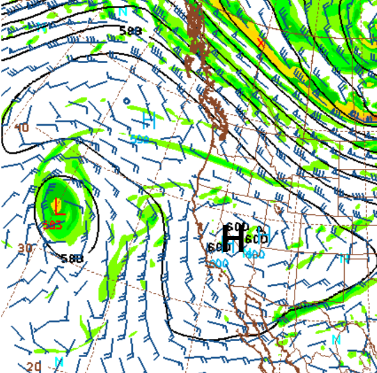 High pressure in the upper levels pushes air toward the ground and as it descends the pressure increases.  This squeezes the air and compresses it and that causes it to heat up.  This is called Adiabatic Heating.  Driving home last night I experienced this first hand as I drove on the 101 from Lompoc to Santa Barbara. 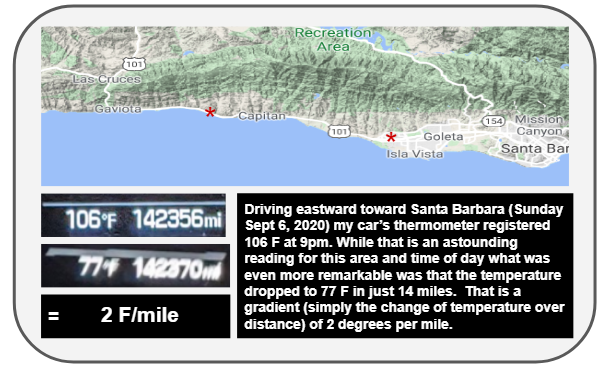 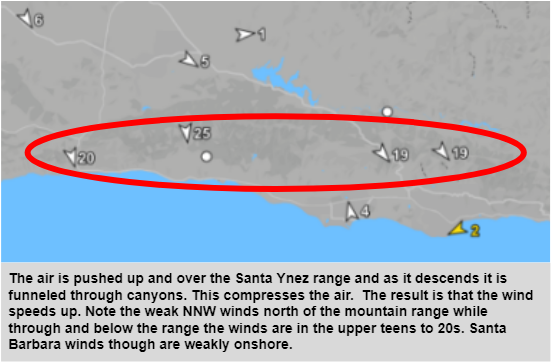 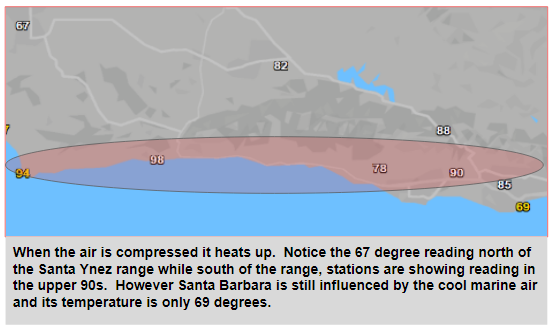 The influence of the marine air on the Western US coastline is profound and that is why you hear so much about this in our forecasts.  The cold ocean currents that run down the coastline cool the layer of air closest to the ocean.  You can see this clearly below. 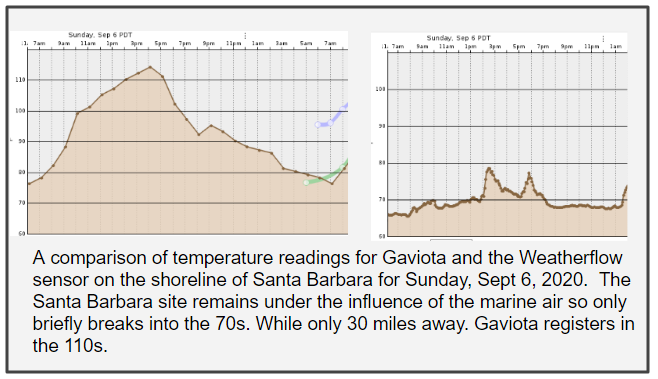 The strong upper-level High is still in place today but temperatures near the coast are cooler today due to the marine air penetrating further inland. However, that is not the only factor that is bringing some cooling.  The smoke from the fires is also piling up under this High-pressure dome, helping to block some of the incoming sunlight and keep temperatures a little cooler.

How long will this heat last?  Well, a major pattern change is coming quickly.  A very early, cold pool of Canadian air is starting to pour down into the Rockies.  This will march southward and set off a Santa Ana event.  Though this air is cold we won’t see much cooling in Southern California, as the same compressional process that brought the weekend’s heat will do the same thing to the air as it is pushed down through the mountains toward us.  You would be wise to use this holiday time to make preparations for an early start to strong, dry, offshore winds, further increasing the region’s wildfire risk.