When we talk about Sea Breeze return flows, we have to think about what a giant wheel would look like from a side profile. Here is the basic schematic of the Sea Breeze, where you can see where the return flow (or upper return current) is in the circulation process.

Sea Breeze return flows are not very common to actually be able to see. However, I was able to briefly catch a picture of upper level “streaking” return flow yesterday while at Sullivan’s Island. Without looking at the criss-cross plane exhaust lines, notice the up/down streaks (representative of W/WNW winds aloft heading out over the ocean): 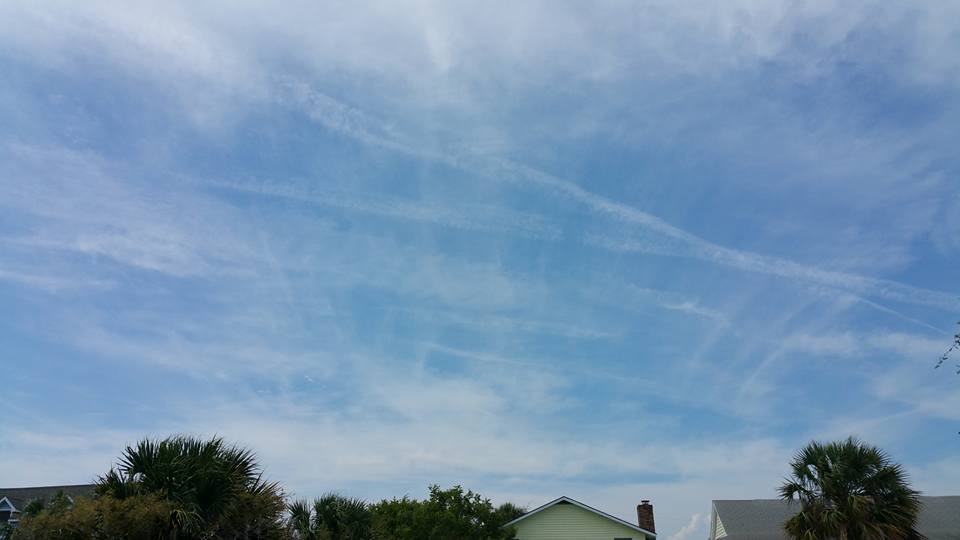 Radar imagery at this time showed scattered thunderstorms inland around the Piedmont locales to upstate, where increased elevational effects coupling with thermal lifting were bringing warm moist air up into the atmosphere – with drier air remaining along the coast. Outflows of moisture from cooling storms got caught up in the upper levels of winds aloft.  The streaks are actually in the form of Cirrus clouds – or ice crystals. These air parcels became part of the “return flow” to the ocean, where they eventually fell back to the surface and became part of the cycle all over again. 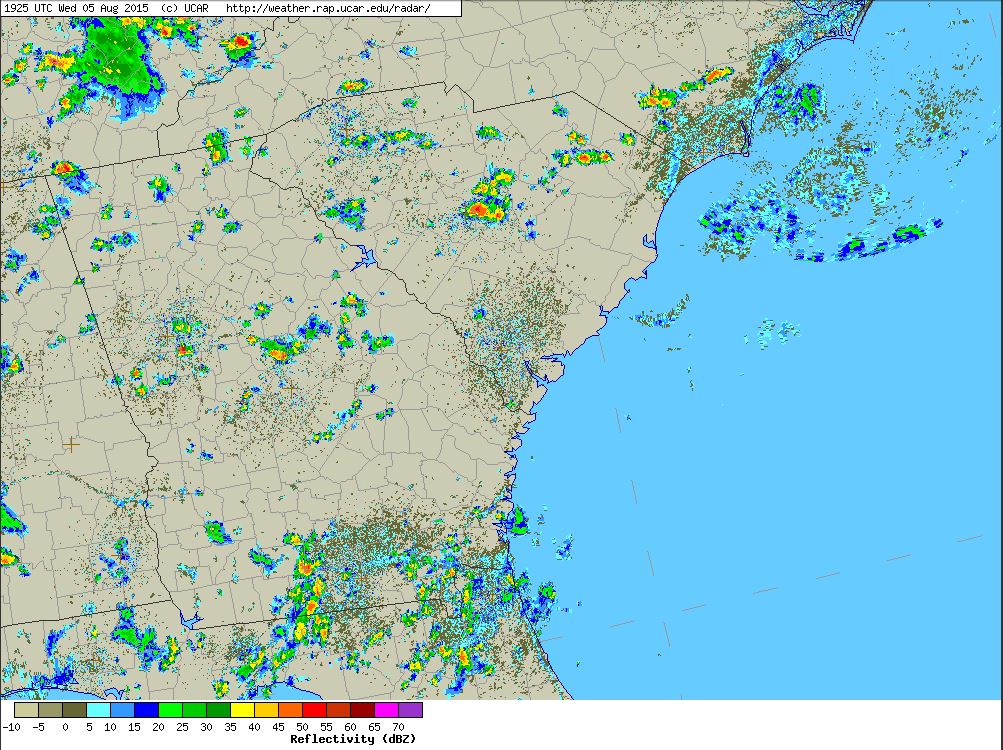 The weather balloon soundings further show the evidence of 30-45kt W/WNW winds aloft. This was the 7PM sounding, but it was indicative of 3-4pm readings as well since the pattern was nearly the same all day. 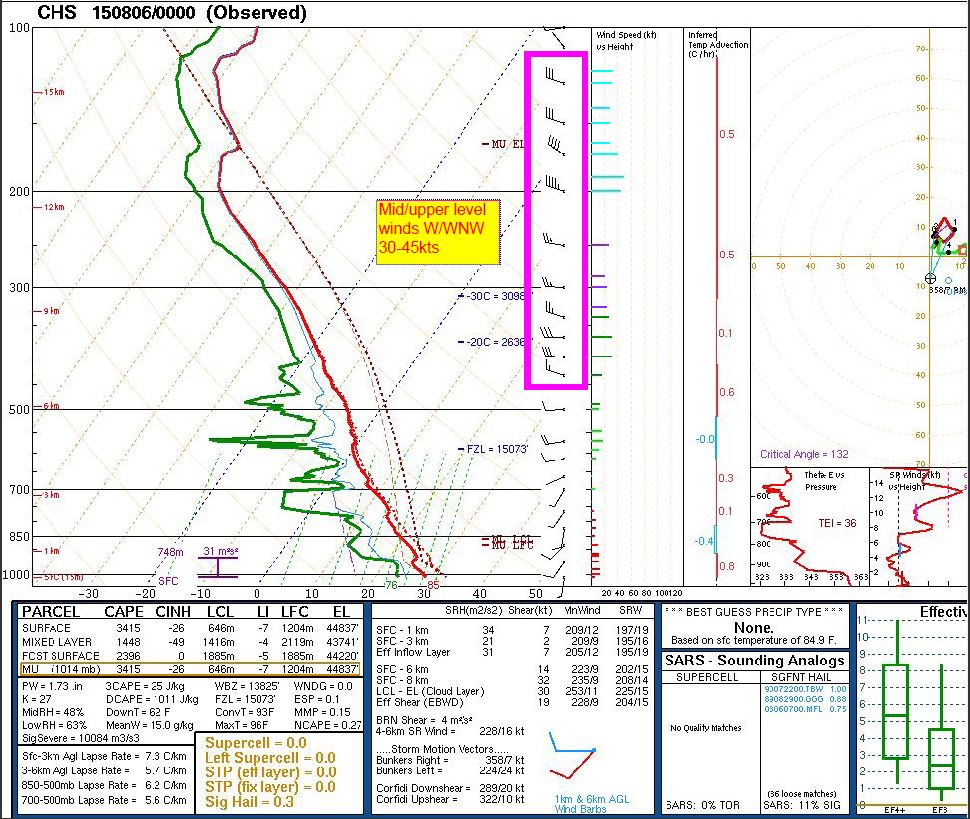 Here is a snapshot of the winds at 1:25PM coming up as those inland storms were getting started. 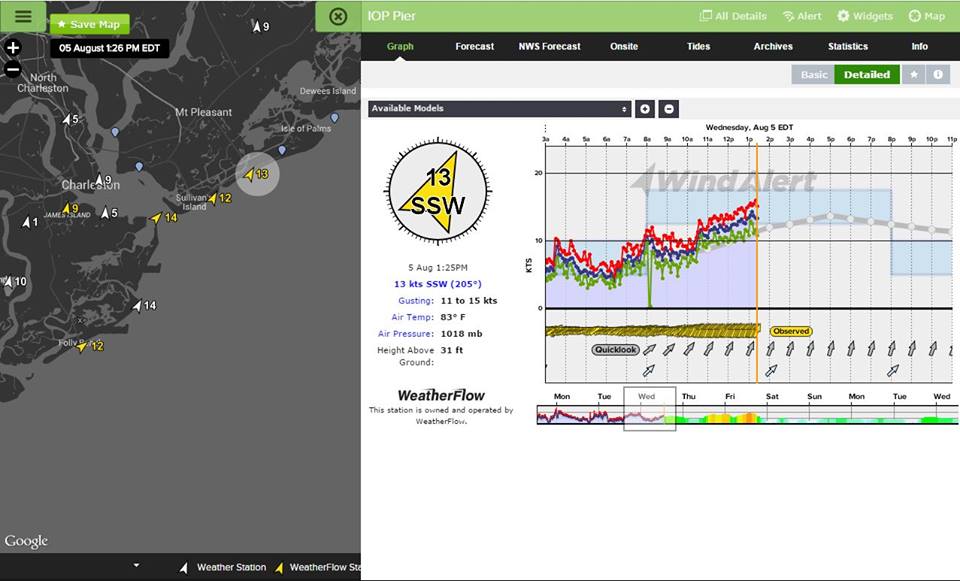 And here is the entire day of winds with the SSW Sea Breezes increasing to moderate levels as inland storming increased.

Return flow is usually invisible to the naked eye when looking up. Sometimes we can catch a glimpse of it from Thunderheads, where the tops spread in the direction of the outflow to show where it is heading. The visible streaking was a great way to capture it in raw form while retaining its moisture. Pretty neat!

Cheers from us at WeatherFlow,