We are Sensing Lake Effect Snow 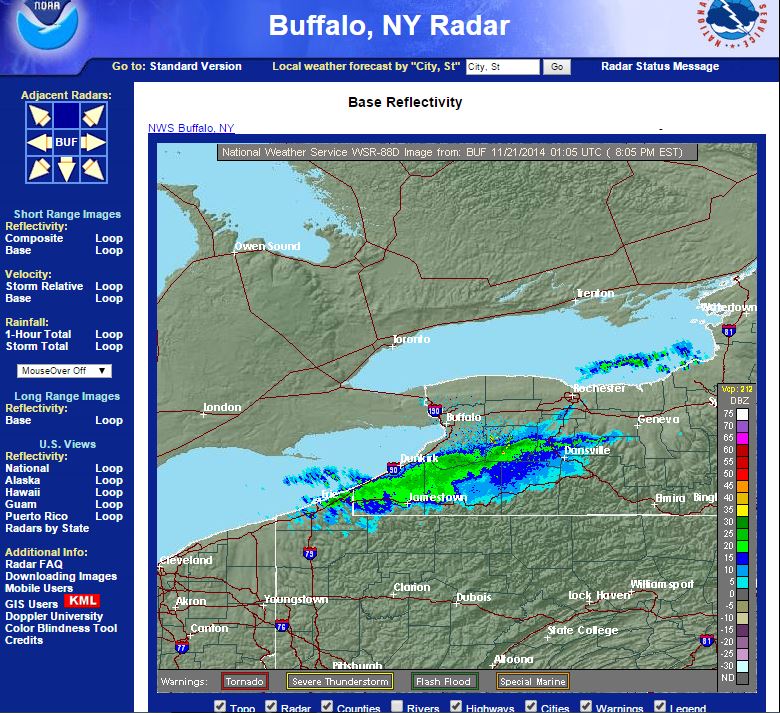 We’ve all been watching for the last 72 hours as parts of Upstate New York are being buried under mounds of snow.  Nearly 36 inches have fallen in the past 72 hours.  While this has been an incredible storm, lake effect snow is part of everyday winter life for those who live in the lee of the Great Lakes and also the Great Salt Lake in Utah. I have personally shoveled more than my fair share of the snow that comes from these lakes, having lived and forecast in Rochester, Buffalo, Syracuse and Salt Lake City. Meteorologists watch carefully anytime cold Arctic airmasses drop down across these lakes.  So what made this storm so heavy?  WindAlert sensors help to explain what happened this week.

I have heard media reports this week make a big deal about how unusual it is that this snow occurred so early in the season. Well actually heavy lake effect storms are more likely earlier in the season.  Why is this? The atmosphere becomes unstable when warm moist air lies below cold dry air. When this occurs the less dense warm air will rise into the cool air, condense,  then clouds and precipitation  form.  The greater the temperature difference the greater the instability and potential for heavy precipitation.  Since we are still early in the season the Great Lakes have not cooled down yet.  Here’s the latest surface temperatures for Lake Erie. Do you see the  pool of upper 50s at the eastern end of the lake.  Meanwhile the WindAlert sensor at Crystal Bay reported air temperatures in the 20s. (see graphic below) 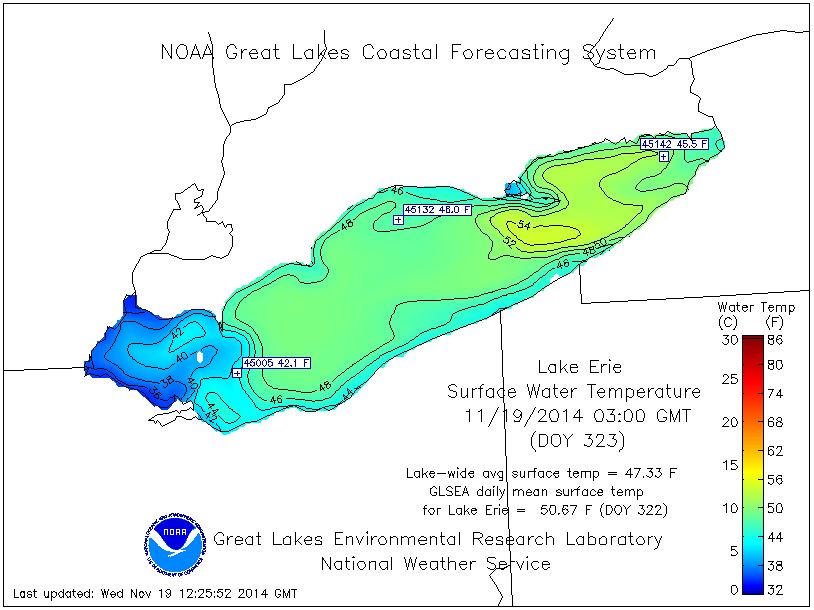 In order for the snow to really get going and continue for an extended period of time the winds need to be aligned so that they run along the length of the lake.  The longer the fetch the more fuel for the convective cells.  With this storm not only did the winds blow out of the West-Southwest but they did so for for a long time, keeping the snow machine cranking over the same locations for up to 36 hours.  The graphs from the WeatherFlow sensor at Crystal Bay at the north end of Lake Erie and our new sensor at Irondequoit Bay clearly show the cold West-Southwesterly flow that brought all this snow. 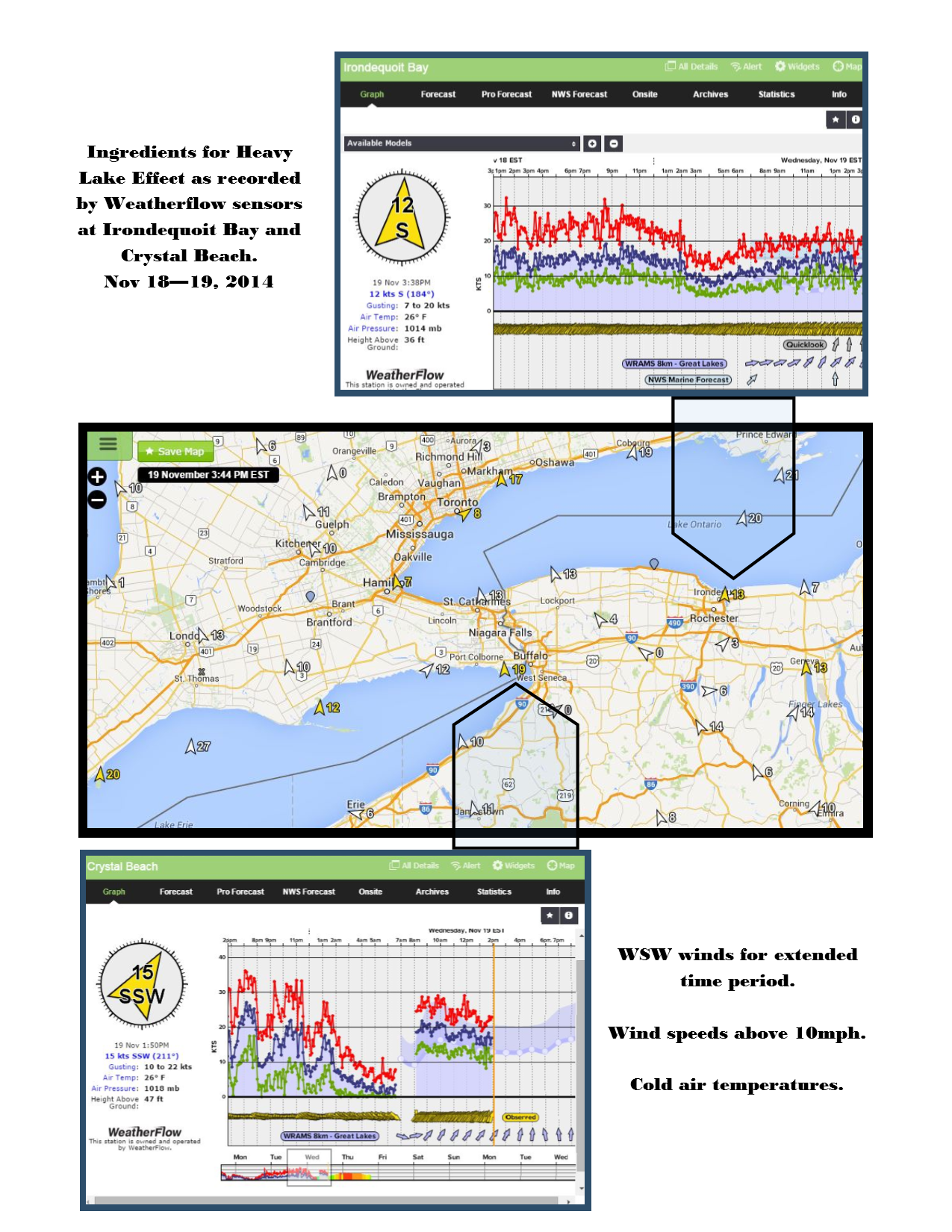