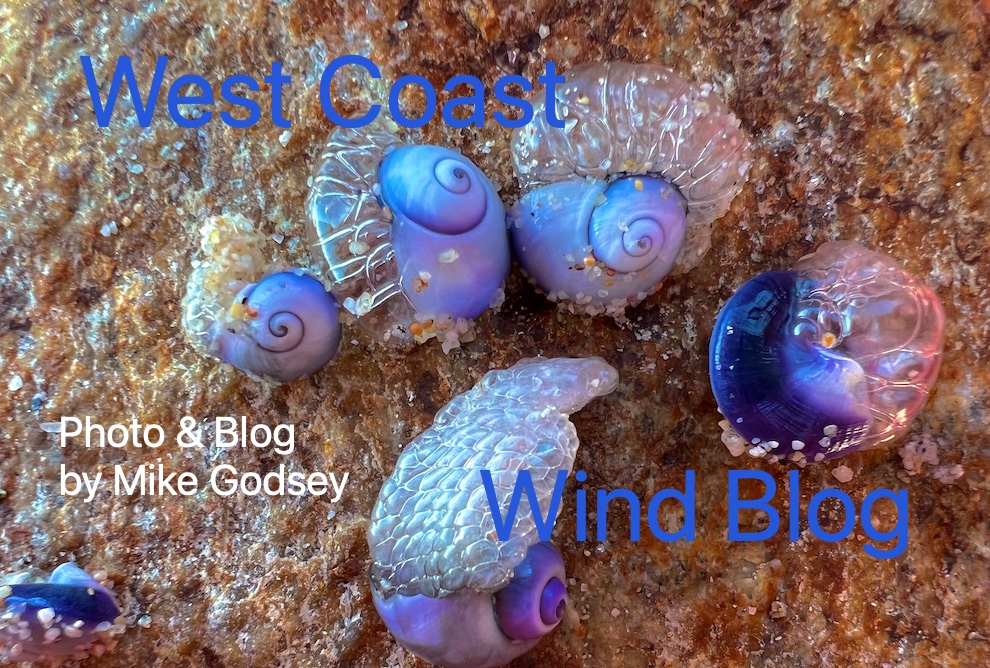 We are not the only critters that travel using the Sea of Cortez winds. These ocean-going gastropods (snails) use their air bladder to stay afloat but also to ride the wind. Like us, they sometimes make poor decisions and wash up with gear failure. Hence there was a whole fleet of them on the Hot Springs beach this week.

For many decades Baja winters were a combo of periods of  glassy calm mornings with local sea breezes that built to upper teens + mild El Norte winds from the 4 corners that brought us extremely steady low 20’s winds. Indeed, long ago when I first started writing the now obsolete Baja Guide I called La Ventana “The place with 22 knot winds with occasional gusts to 23.” Life was simple. You went fishing on a tranquil Sea of Cortez in the morning. Then late morning you paddled like crazy when you saw the distant wind line to the north. Then went down to the water to wait for the
upper teens to 22 knot winds.

That peaceful pattern was punctuated every week or so by all night and all day El Norte winds from 4 corners that raged down the length of the Sea of Cortez. This produced the epic swell that old-timers reminesce about that brought shoulder to head high breaking surf on the La Ventana sand bar and especially the “Generals” cloud break.

Then about the 15 years ago things began to change.

Historically, North Pacific High was usually centered well west of Baja in December and January then around 15 years ago there was a gradual shift eastward so its average position was closer to Baja and which sent more NW wind to the Pacific coast of Baja. This also caused the NPH’s isobars to often extended over the Sea of Cortez. So now there was often a NNW angle to our winds combining with the N-NNE winds from the 4 corners. And these NNW winds started much earlier in the morning and tended to be gusty since they interacted more with the 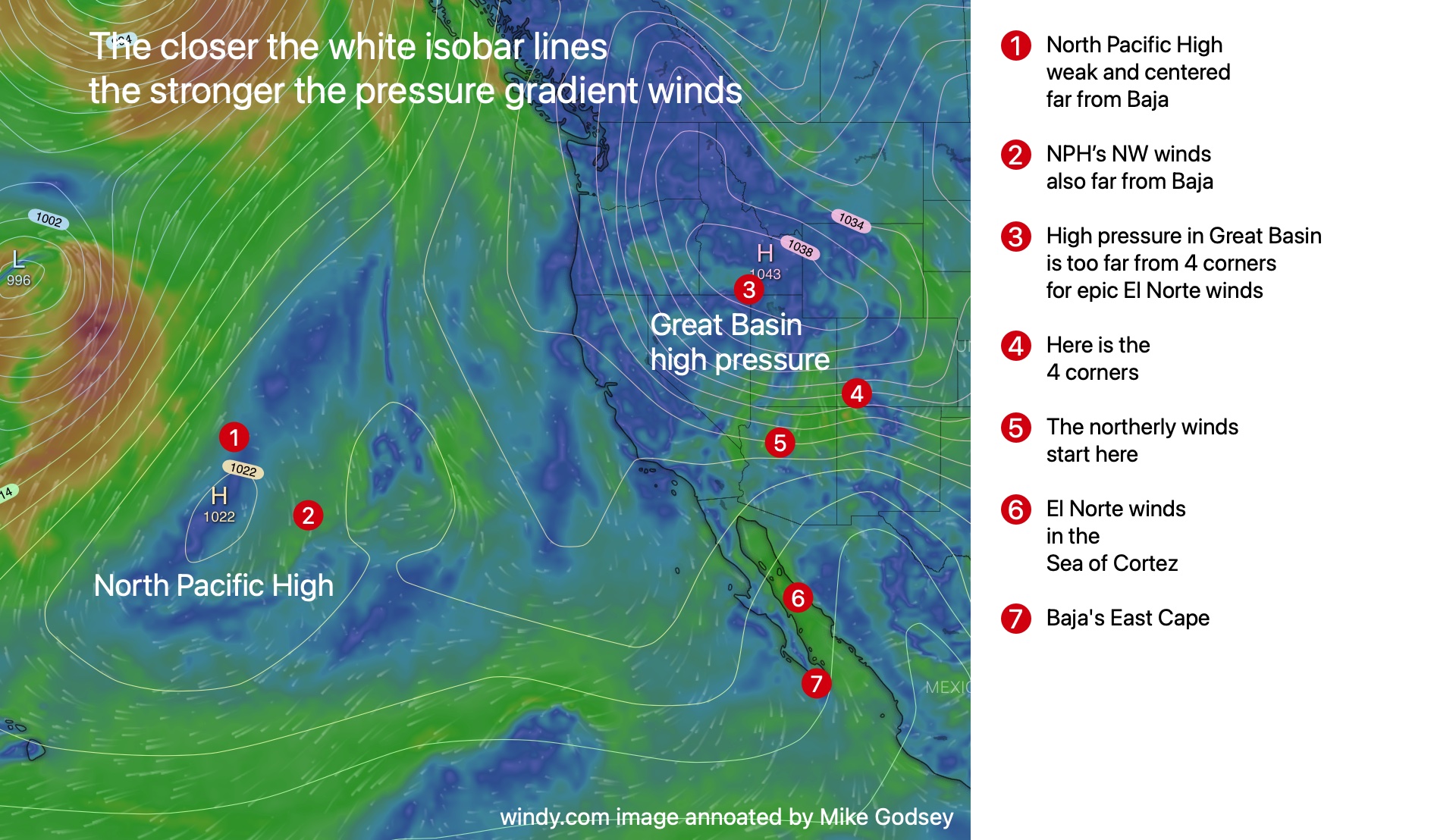 terrain. And, when stronger, they often pushed the NNE wind away from shore. This was especially true north of El Sargento.

So… why this long story about seafaring snails and long ago winds?

Because today we have a pattern that is sort of like one of those days of lore.

Looking at this image notice how North Pacific High is far from Baja and weak. So most of our wind today comes from high pressure in the USA + our local sea breezes.  If only that huge USA high pressure was centered further south our winds would be like those “Old Days” old folks prattle on about. Except in this case I have all my forecast data for decades showing the pattern really has changed.