Part ONE: Applied Meteorology in the times of COVID

To reduce the risk of people infected with SARS-CoV-2 shedding the virus in a clinic or hospital most facilities have set outside tents for initial screening of patients who may be positive. 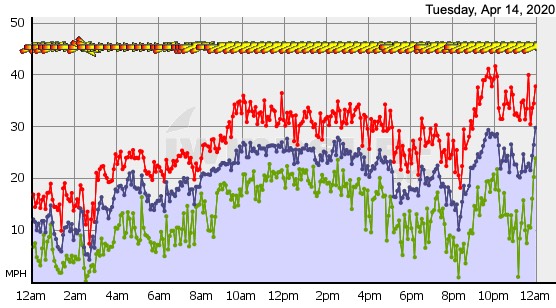 On high wind days in the Gorge these tents were being battered to such a degree that testing was difficult and patients and equipment were at risk.

My wife, who is the Medical/Dental director at 2 of the largest clinics in the Gorge area informed me of the issue and their unsuccessful attempts to deal with the wind issue using weights and guy lines.

During my work forecasting for the GoogleX projects MakinaPower and Project Loon I had acquired a lot of practical knowledge about eddies and rotors on an extreme microscale.

So using that knowledge and wind tunnel simulation software I worked on a solution to the COVID tent issue. My first thought was to suggest building a plywood barrier upwind of the tents.

Unfortunately, this solution would be expensive and dangerous if it failed and it would not deal with changes in wind direction. Worse simulations confirmed that severe rotors would form just downwind of the barrier

I then got the idea of using 17 foot U-Haul box trucks as a movable wind barrier. My thought was that U-Haul would love the optics of doing a COVID donation especially since the demand for rental trucks was at an all-time low and the trucks would just be parked not used.

However, when I ran the simulation there was still a severe rotor downwind of the simulated truck which would press down on the COVID tent randomly.

1. moving the truck further from the tent and

2. by making a movable “wind ramp” that would lift the rotor well above the tent. This would be created by putting a lower van a short distance upwind of the Box Turck.

So I ran another simulation and got the results below. The Truck + Van Combo greatly reduced the rotor formation. It became was clear 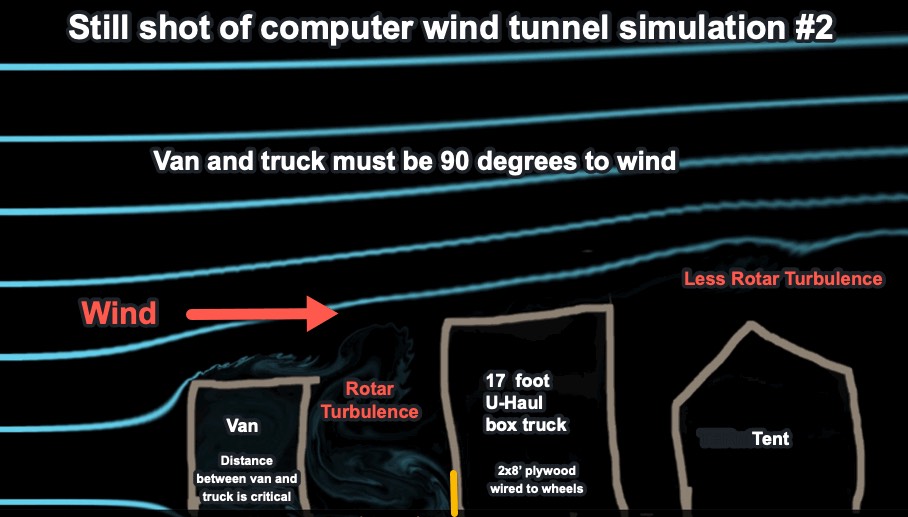 the distance between the van and the Box Truck was critical as was the wind direction.

There are several limitations to this approach. You need enough space and you need to be able to move the truck/van with wind shifts (which are uncommon in the Gorge.) And it can only work in places where there is unobstructed parking