There is a huge counter-clockwise spinning eddy along much of the California coast from Pt. Arena to Southern California waters today.

The same North Pacific High ridge that is creating that eddy is also creating NNW winds in the Central Valley fanning the many fires in Northern California and also blowing smoke over much of California.

The first video shows the clouds and smoke from dawn until about 9 AM. The second image covers from dawn to 5 PM.

The last wind map show all these variables and the resulting wind in the San Francisco Bay Area. 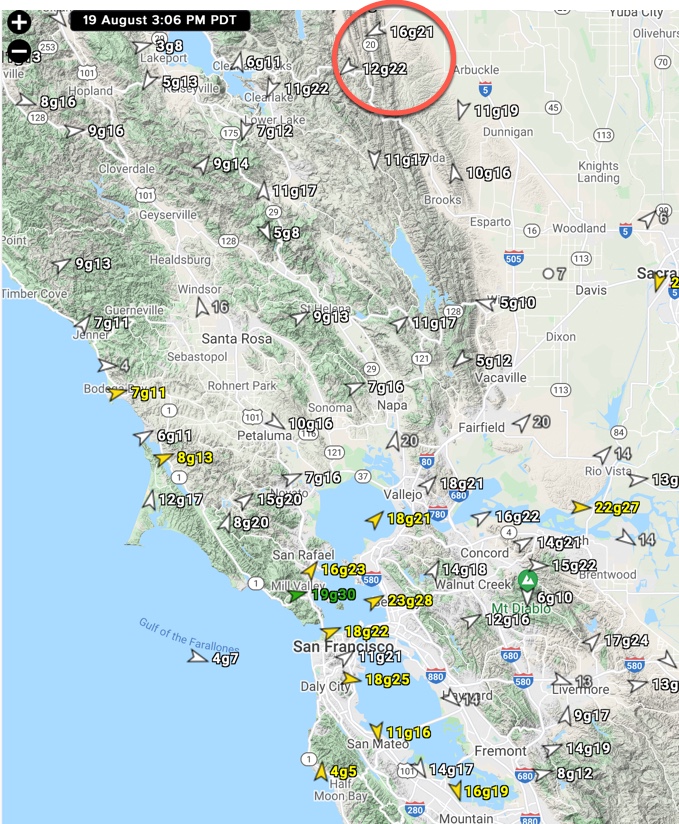