See updated imagery at the bottom. 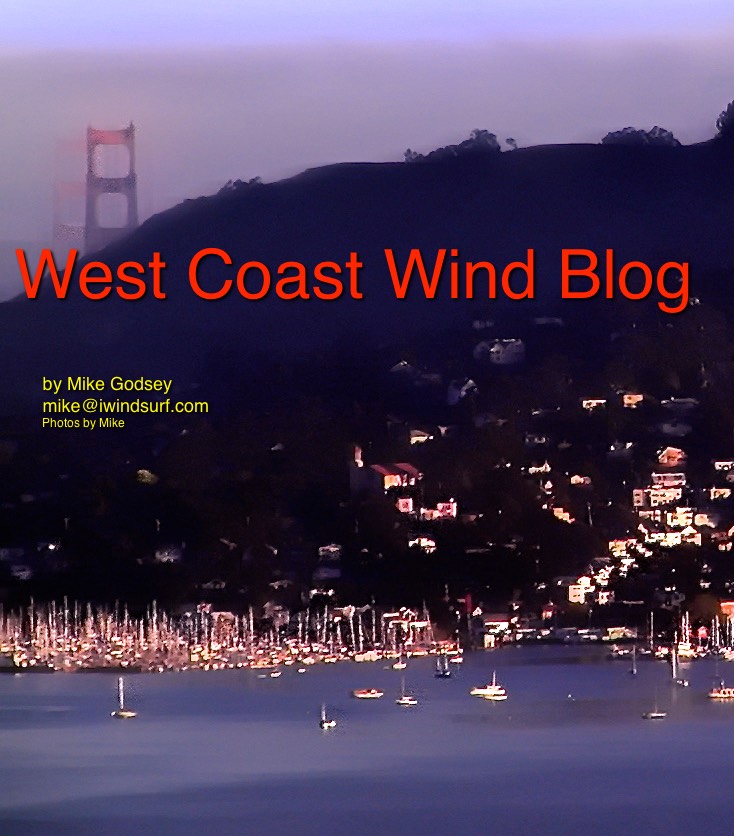 Kerry is forecasting today but I am following the trajectory of the marine surge zooming up the coast from Southern California.

In past decades foggy marine surges brought the end to mid to late summer heatwaves and made the north tower to Sherman Island corridor rip. But this last decade increasing eddies near the Golden Gate have been the norm with marine surges becoming rare.

If you are new to the Bay Area where is a video of a Marine Surge: https://windnotes.smugmug.com/Videos-WindsurfKite/1-Gorge-Videos/i-w8Gt9Lv/A

Already the fog from this marine surge is near Santa Cruz and its southerly winds have passed Santa Cruz. As you can see in my satellite image below there is a strong pressure gradient to the N. coast which is driving the surge. Plus there is the Sacramento to Redding area which favors WSW winds inside the Bay.

Normally I would be certain of the marine surge arriving in the next few hours. But today we have strong NORTH winds just aloft with Mt. Diablo seeing N 35G43. These winds will fight the marine surge but since the surge is made of heavy dense wind there is a good chance it will keep on flowing our way.

Let’s see how this marine surge plays out today as it fights those northerly winds. End of first post.

But why were the winds so crazy UP AND DOWN?

Mt. Diablo NNE winds 39G46 in the morning then faded but those strong winds continued nearby.

Now, consider what it means to have NNE wind aloft fighting with SSW marine surge surface winds. That means you have 2 very strong wind masses in close vertical proximity going in OPPOSITE directions.

And this is how it played out yesterday as captured by the Mt. Tam cam: