There is nothing worse in forecasting that to get burnt missing a huge marine surge at the end of a heatwave. A typical marine surge not only brings a welcome cool down it also brings strong winds to many sites north of the Bay Bridge. And with a dry marine surge (0ne where the dew point is such that little or no fog froms) it is really hard to track the surge since it is invisible in the satellite imagery.

In tracking the arrival of a dry marine surge the sensors are really helpful but they tell you where the surge is after the fact. So in tracking a dry surge two big things I watch for is:

1.  how much of the marine surge gets diverted into Salinas Valley. That valley indirectly connects to the Central Valley in the Bakersfield area so it can suck up a lot of a marine surge blocking or at least stalling it in reading to the Bay Area. That is what happened yesterday as the forecasters on duty kept hinting at a possible marine surge but knowing that it would probably not impact kiting and windsurfing sites.

2. The other thing I watch is any hint marine haze right at the horizon on the Mavericks, Half Moon Bay and Año Nuevo cams.

Lastly, I also watch which direction the birds at Año Nuevo are facing. Think about it…

We have gotten hugely better in doing all of this in the last 20  years. Unfortunately, we have a new generation of younger kiters who don’t remember when our forecasts were really crappy so they don’t appreciate our improving.

This imagery shows a dry marine surge. Notice the pathway of the southerly winds in the wind map and now weak the wind is at places not in that pathway. 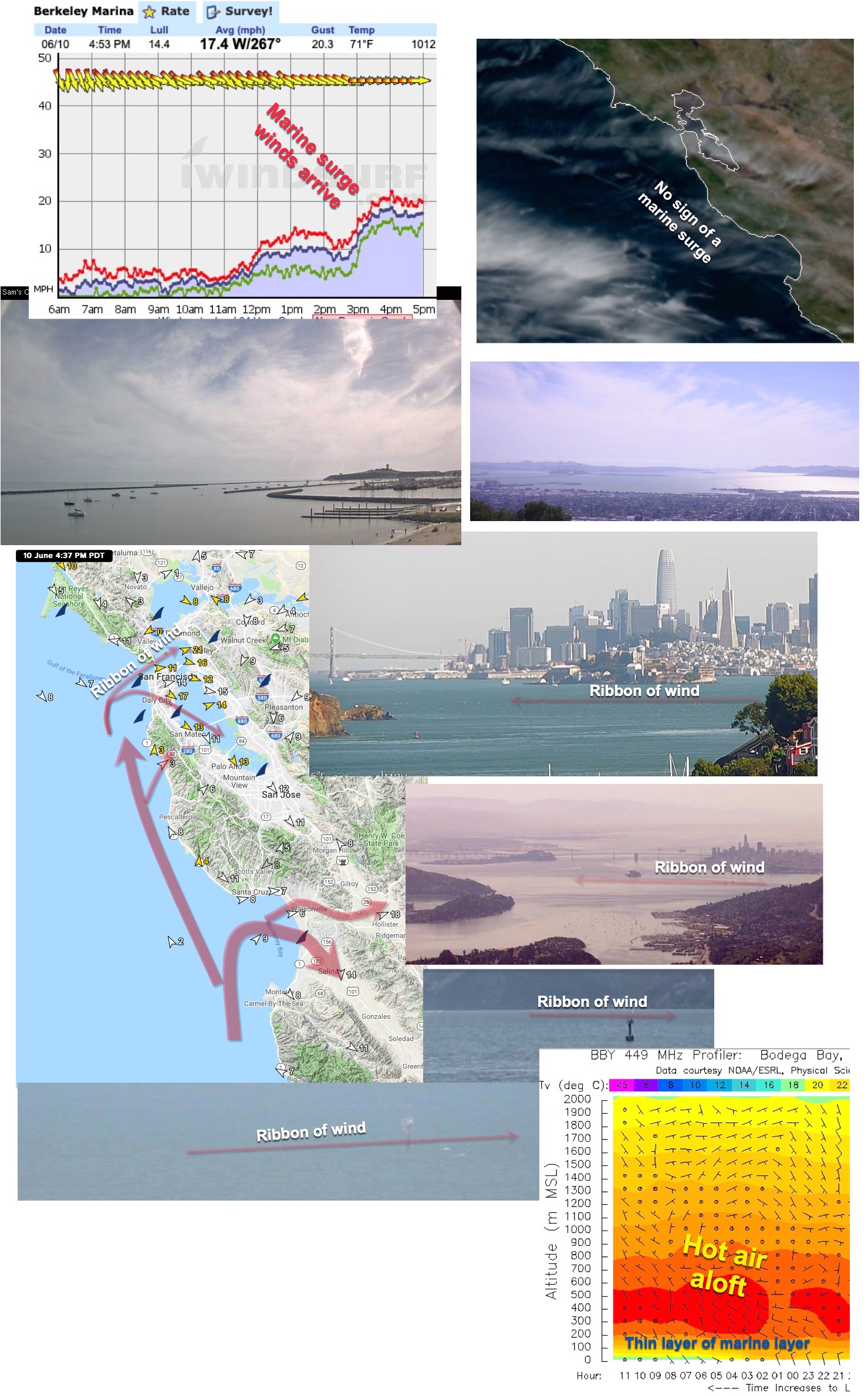