The San Francisco Bay Area is one of the most beautiful urban areas in the USA. Weather wise its juicy marine layer clouds are unparalleled as they flow over the coast range in the summer. But one thing the Bay usually lacks weather wise is massive thunder heads.

Yesterday there was not much thunder but there was one enormous thunderhead over the East Bay as you can see in these photos and the satellite video.

Looking at the video notice how moisture from the tiny low pressure system to the west condenses and forms masses of clouds as it rises up the coast range.

Especially notice in the satellite view the huge cloud mass that abruptly forms over the far East Bay due east of the Golden Gate.

That same convective cloud mass is clearly visible in the photos below. 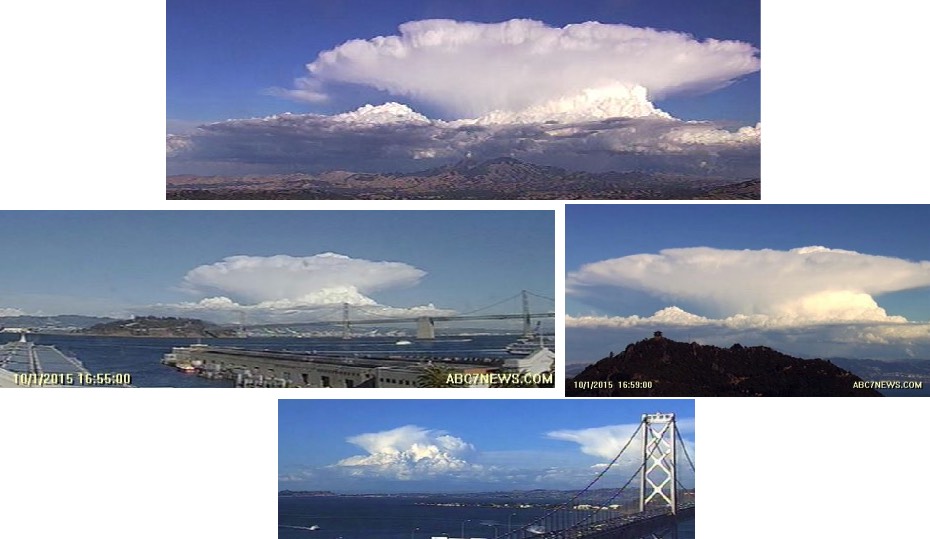