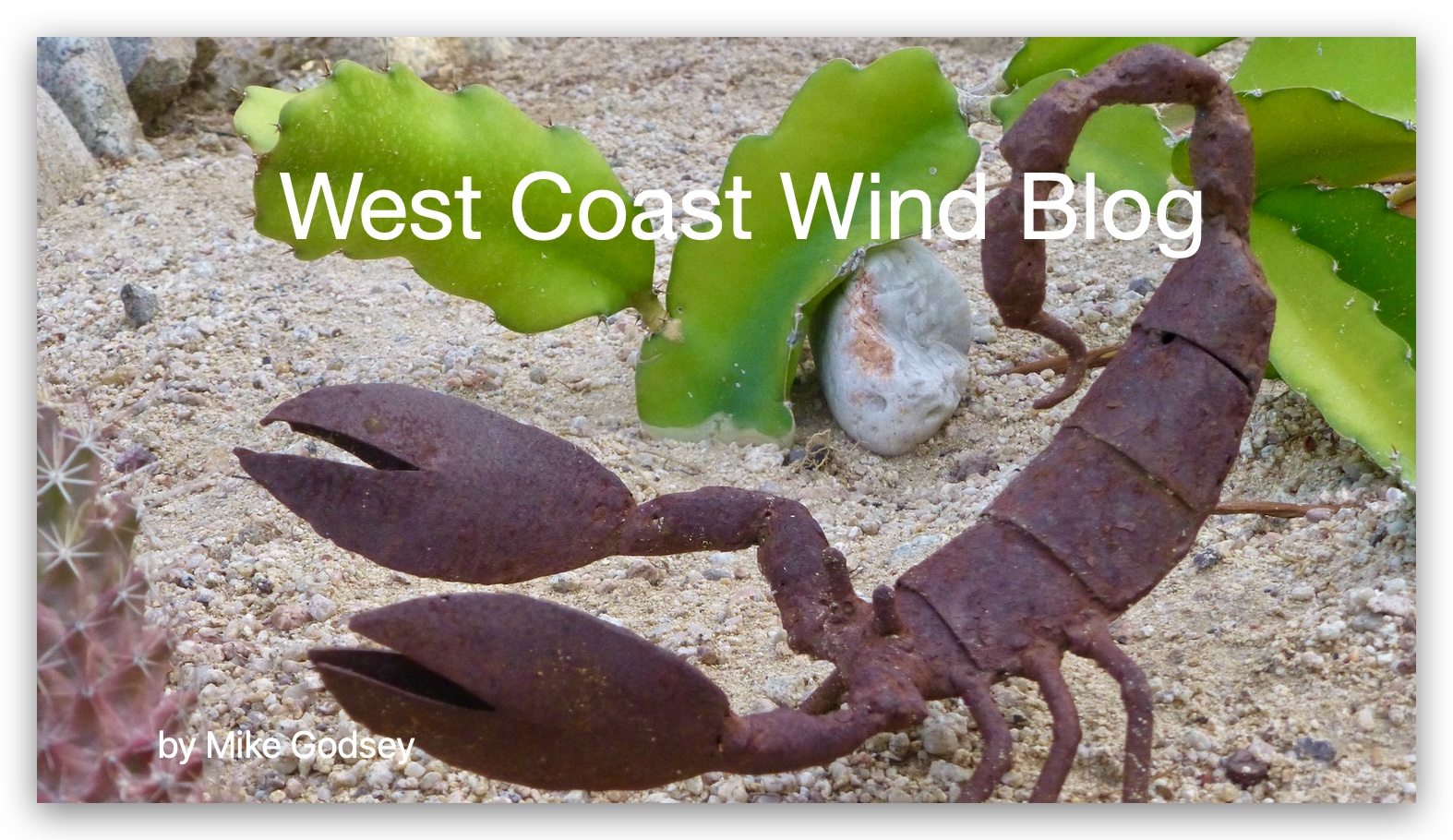 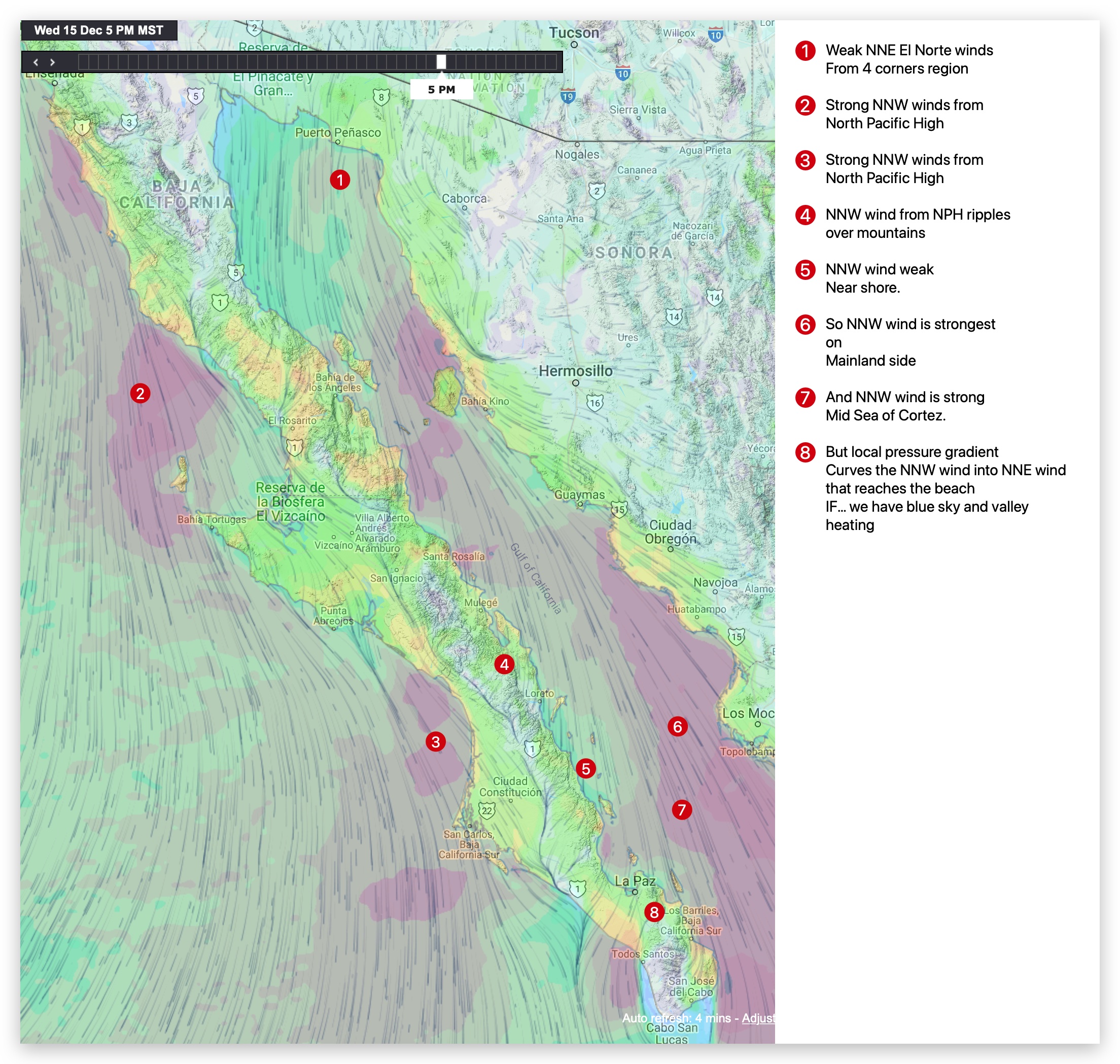 Until this last decade, El Norte winds from the 4 corners region used to be the sole source of strong winds in the Sea of Cortez. These winds have a mostly NORTH direction which makes them side-onshore winds relative to most Sea of Cortez beaches.

This means the wind do not need to curve much to reach the beach.

This last decade as the average winter location of North Pacific High has shifted closer to Baja we have second synoptic-scale wind machine to provide strong wind.

Unfortunately, as the imagery below shows some of the NW to NNW winds from the North Pacific High come over the mountains that make up the backbone of the Baja Peninsula.

This induces turbulence and also means that the winds do not touch down to the water until some distance from the Sea of Cortez beaches.

Hence big lulls and gusts at the beach.

The potential hero in this wind saga is the pressure gradient hot Inland Valleys.

As you can see in the animation at the bottom this curves the wind so it makes it closer to the beach.

But that hero loses its power if the valleys are cloaked with clouds.

Today we should have blue skies so the winds should reach the beaches fairly well.