It is not too often that San Diego has low 20’s wind at dawn. While these winds will quickly drop into the mid-teens at San Diego rest of Southern California will see strong NW to WNW winds this afternoon.

This first image shows the North Pacific High spanning the waters of the Pacific from Hawaii to Southern California. Notice how the winds make a curve near San Diego to become westerly winds.

These winds will be 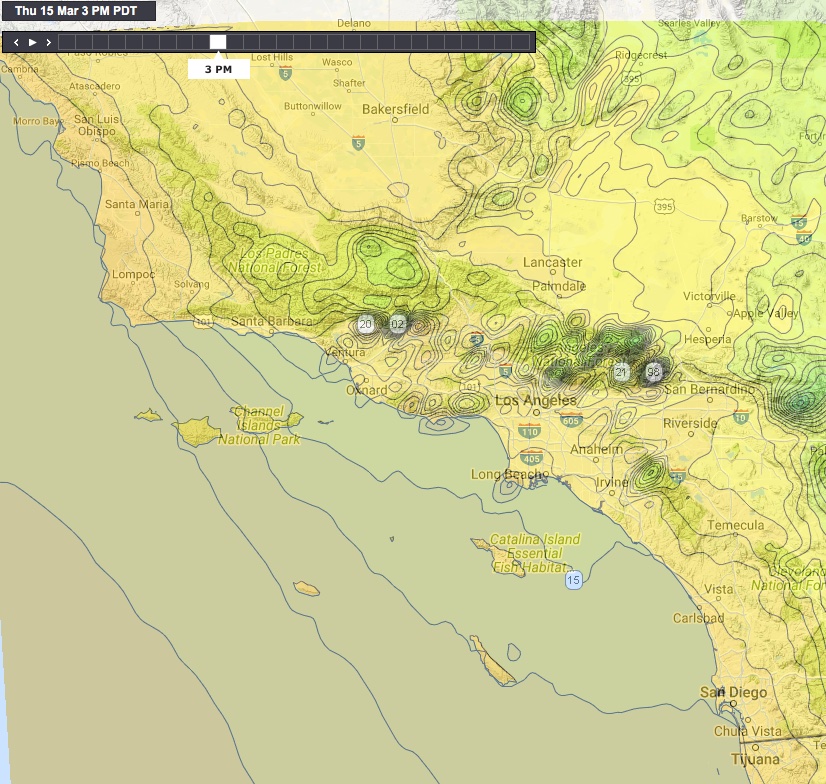 strong and early for a number of reasons.