How we do a “Guesscast” for Stinson Beach while taking baby steps up the forecast learning curve.

The banner above is from a Coast Guard helicopter scouting trip Rob and I took looking for possible weatherflow.com sensor sites.

We have just started doing daily forecasts for Stinson Beach in Marin County. Based upon past experience it will take 3-4 years for the forecast to become useful. So you might want to stop reading now and come back in 2021.

Why? It is a long slow beautiful drive to Stinson and getting skunked by a crap forecast or needing a rescue because of unforecast sudden mid-afternoon fluky offshore winds is not fun. And far worse would be having your “kook” ineptitude in the surf or beach destroying the local’s access to their limited launch site.

So this blog is mostly aimed at experienced kiters willing to pay their dues by driving to Stinson without kiting and just watching and talking to locals a few times until you, and they, are confident you know the local rules.

Stinson will  be an especially hard place to forecast accurately despite the fact that I once lived and surfed in nearby Bolinas. Why so difficult? Because Stinson is a convergence zone for many different  winds including:

And on many days you  have a combo of those winds that can make Stinson build or fade or go offshore in a moment. For example the day may start with SE eddy winds

So let’s start our baby steps by how we would forecast an easy wind pattern at Stinson: 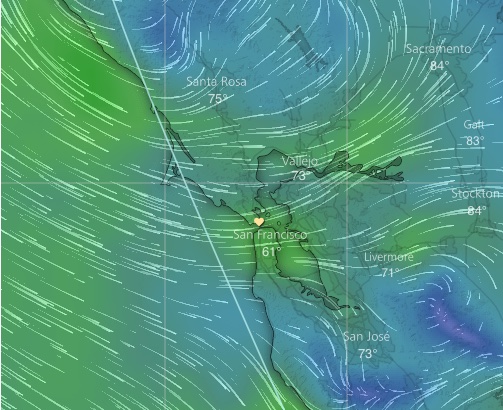 This a very easy pattern to forecast. Most commonly in the spring and summer, the North Pacific High’s surface NW winds at the ocean buoys are NW and reach the coast as NW winds then curve into the Bay.

But sometimes the North Pacific High’s surface winds turn W. or the pressure gradient routes through the Bay Area cause the NW wind to curve as more westerly winds near Stinson.

You can see this in this image. Notice that the wind is NW offshore but turns more WNW in the Stinson to Golden Gate zone.

The next image show sensors in the Bodega to Stinson area. 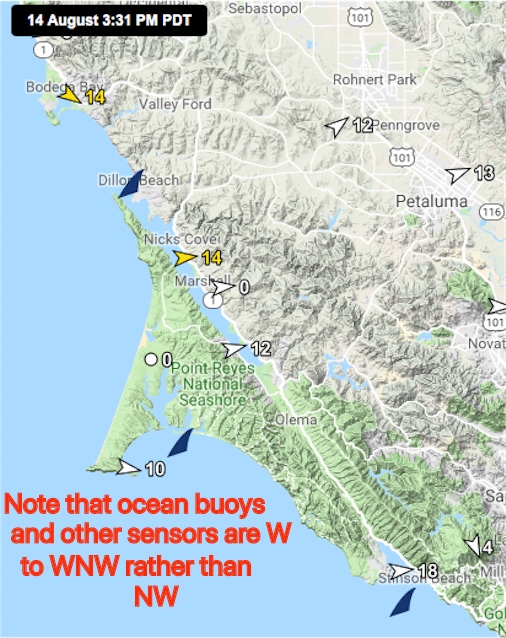 Also, note how the Tomales Bay sensor near Grassy Point also shows W wind as does the Inverness sensor and sensors towards Petaluma.

This is important since it means there will not be strong afternoon winds coming down from Tomales through the Olema Vally to Stinson as offshore winds fighting with the inbound ocean winds. 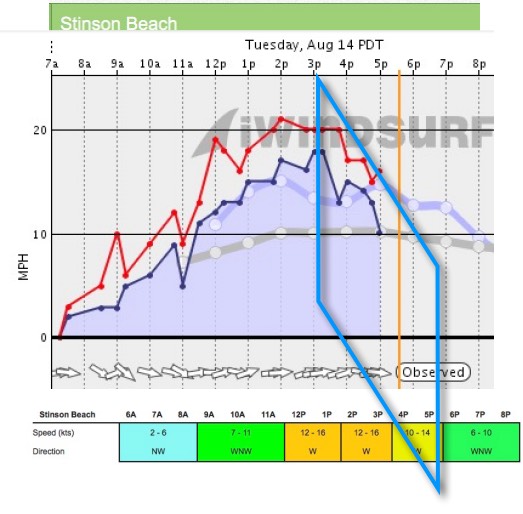 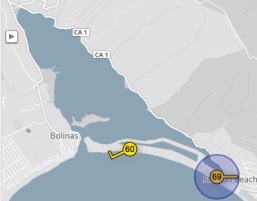