Part one: The entire west coast has light wind as the 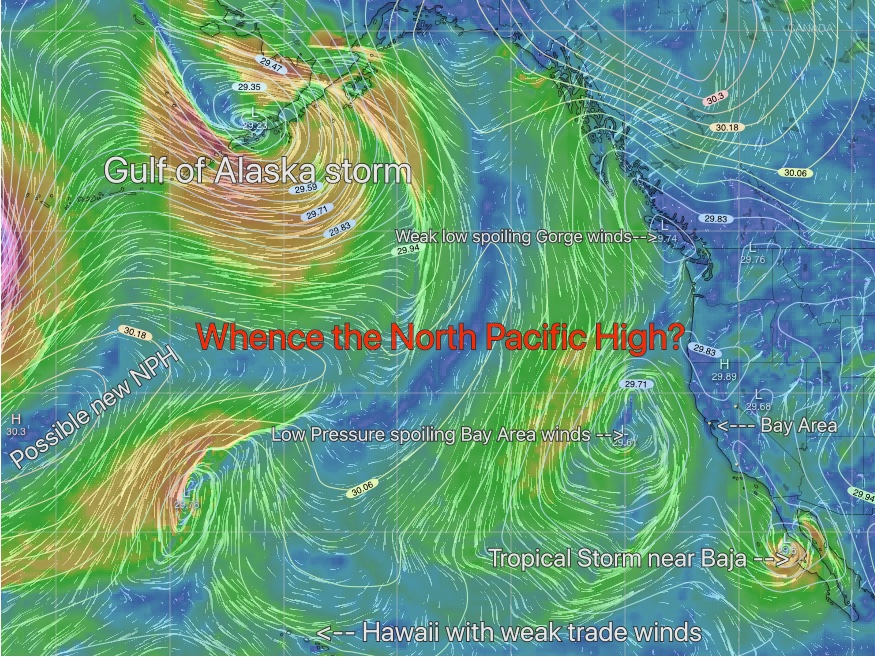 Yesterday and the preceding days have seen easterly winds the Gorge and weak southerly winds for most of coastal California. Notably absent were the northerly winds along the coast and the high pressure that makes of a critical part of the normal wind equation. This image shows the issue:

The elephant missing from the room is the North Pacific High. Most of the summer this clockwise Spiraling mass of wind lorded over the entire eastern Pacific. Yesterday it was absent.

Now notice the weak low pressure off the Gorge. This played a role in the recent E. winds. Then check out the stronger surface low-pressure west of the Bay Area that delivered  weak southerly wind to the Bay Area. Next notice the huge storm in the Gulf of Alaska.