While the North Pacific High vacations… 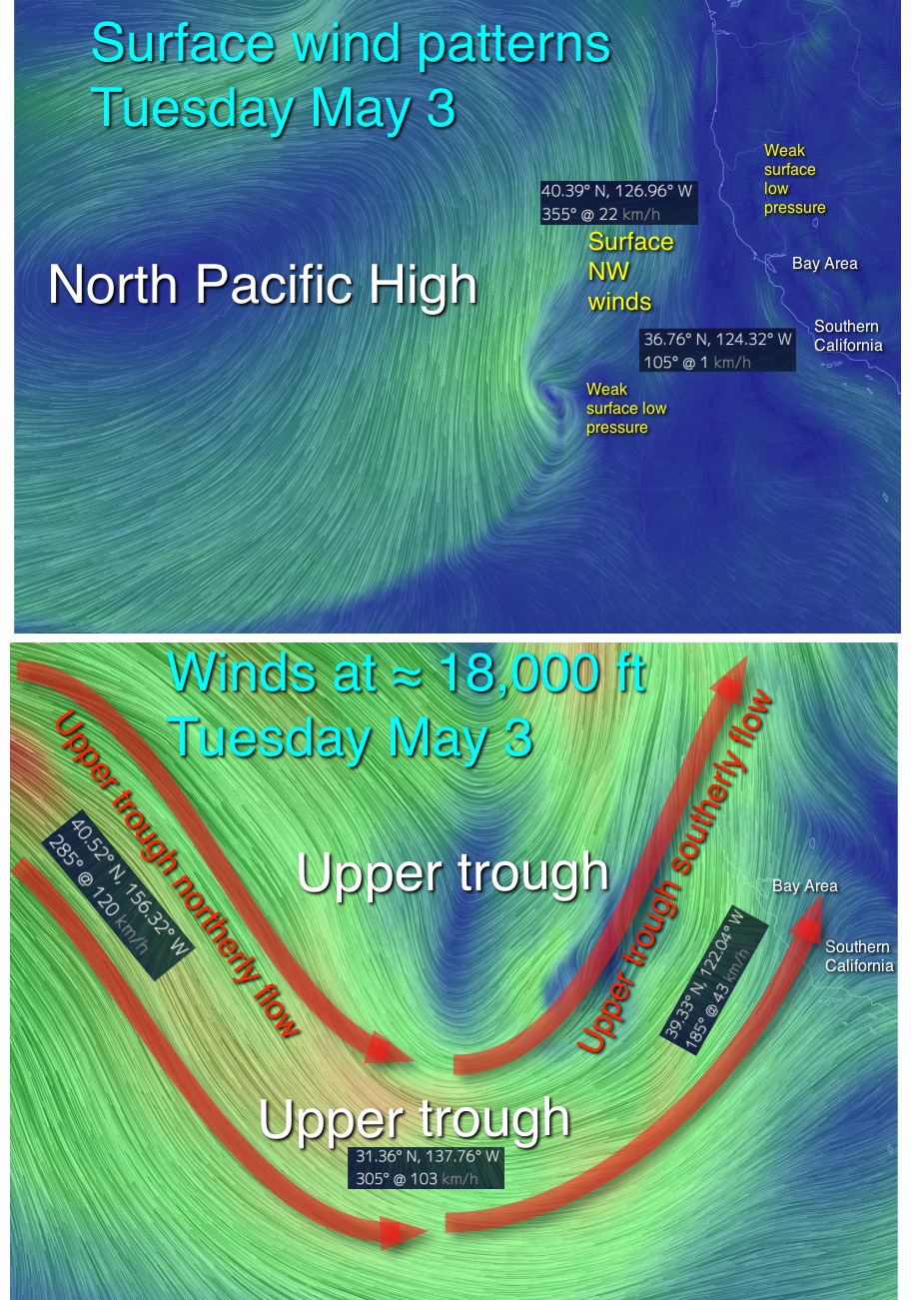 Remember the wild winds of last week that impacted the west coast from the Gorge to the Bay Area to Southern California to Baja?

Those winds came from the North Pacific High and now the NPH is on vacation a 1000 miles west of California.

Looking at the top image notice that the North Pacific High’s surface NW winds are still roaring far to the west. But why so far away?

The answer is up at ≈ 18,000 ft. In this second image you can see that we have a southward extension of the upper level winds approaching the west coast. This flow pattern is called an upper trough and it has displaced the NPH. Going back to the first image notice how weak the ocean winds are near the Bay Area coast in the absence of the NPH. There still will be some winds especially in Southern California due to local pressure gradients but nothing like the winds of last week. Now notice the tiny counter-clockwise spinning flow in the top image due west of Southern California. That flow is stirred up by the upper trough winds far aloft. And in the next few days that tiny low pressure are will develop into a minor storm. And the upper trough itself will evolve into an unpredictable Cut-Off Low.