Too much of a good thing! 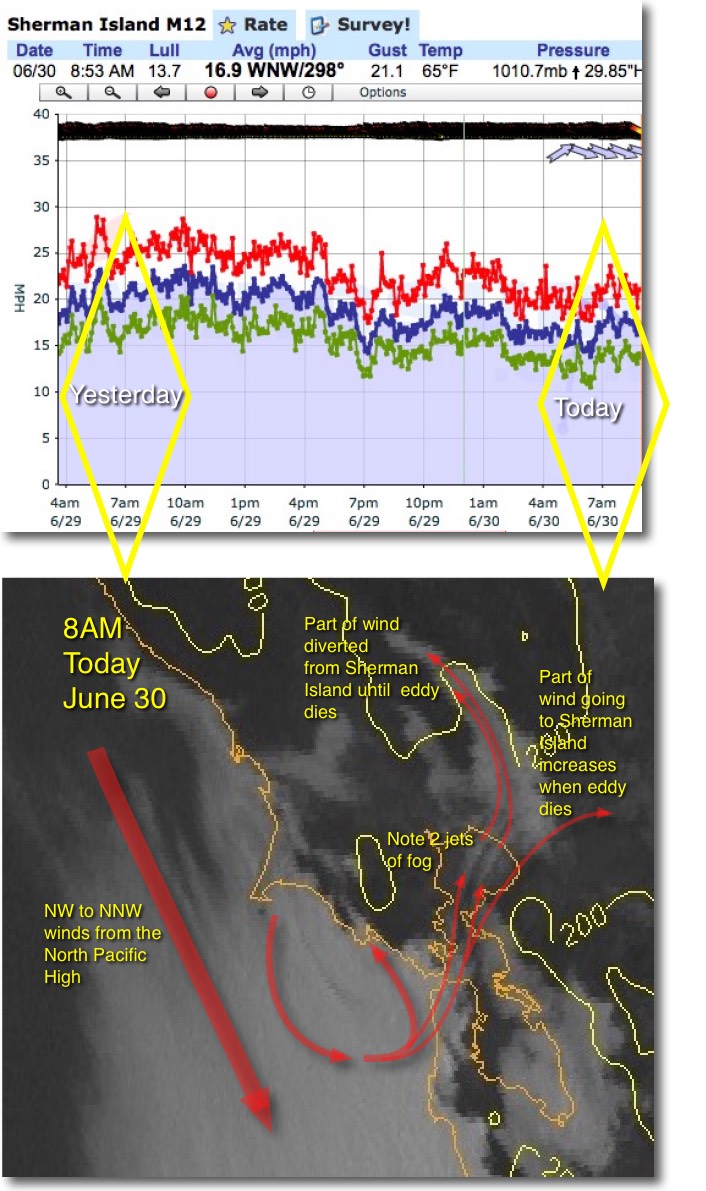 Last night Kerry forecast low 20’s morning winds for Sherman Island and then I made the change to mid teens. Why?

There is a tendency for Sherman Island and East Bay customers to think that the Golden Gate Eddy is always a good thing for wind in their regions.

But as we see today for Sherman Island in the AM and probably the East Bay this PM it all depends upon where the eddy is located.

Notice how strong the winds were yesterday at Sherman Island at 7AM.

But note how much weaker they are today. So what happened?

But if the eddy is larger and spans the waters towards Pacifica then the southerly flow is more SSW. And SSW flow tends to sweep up into San Pablo Bay.

As this SSW wind passes in the Richmond San Rafael Bridge area it rises over the points on either side of the bridge. This cools the air so water vapor condenses forming fog. The satellite imagery shows the resulting 2 jets of fog shooting up San Pablo Bay into Napa. This flow diverts the wind that otherwise would head towards Sherman Island. Hence the modest winds there in the AM.

Many days the eddy fades mid day and as this happens the normal WSW flow returns and Sherman Island sees strong PM wind.

This pattern is easy for us to see when there are lots of marine layer clouds. But if the clouds are sparse it takes more detective work to forecast the pattern. And doing this 24 hours in advance is very tricky unless the eddy is really powerful.